As a family, working on this project continues to be an amazing outlet. Now that our dad is gone it’s something we can hold on to 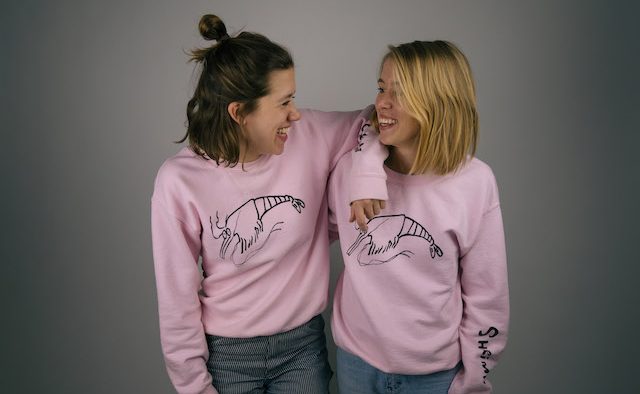 When Blaine Kennedy was diagnosed with Parkinson’s disease, he found an outlet in art. His daughters, Madi and Char, took their father’s drawings as a launchpad for their clothing brand, Shrimp Studio, which aims to start conversations about Parkinson’s and raise money for research. We find out how the Canadian sisters “connected with Dad by doing something positive”

Inspired by the artwork of their father, Blaine, who was diagnosed with Parkinson’s and Lewy body dementia in 2016, sisters Madi and Char Kennedy set up apparel and lifestyle brand Shrimp Studio to raise awareness of the experience of having a family member with Parkinson’s disease. All proceeds from the brand, which sells casual and cycling wear adorned with Blaine’s designs, go directly to Parkinson’s research organisations.

The project is a “side hustle” for the sisters, who live in the same building in Vancouver, Canada. While Madi works on climate change and energy policy, Char works in architecture and is studying for a master’s in architecture at the University of British Columbia, Canada.

Reflecting on their father’s five-year battle with Parkinson’s and Lewy body dementia, Char says: “His symptoms were more cognitive than physical and, unfortunately, progressed relatively quickly.”

Like many in Parkinson’s community, Blaine found an outlet through art. When Madi and Char saw Blaine’s sketchbook, which was full of pictures of shrimp, shells, birds and flowers, they were so impressed that they thought the images would work well as designs. “We asked him if we could use a few of his drawings to print on some shirts, and he was delighted at the thought of this collaboration.” 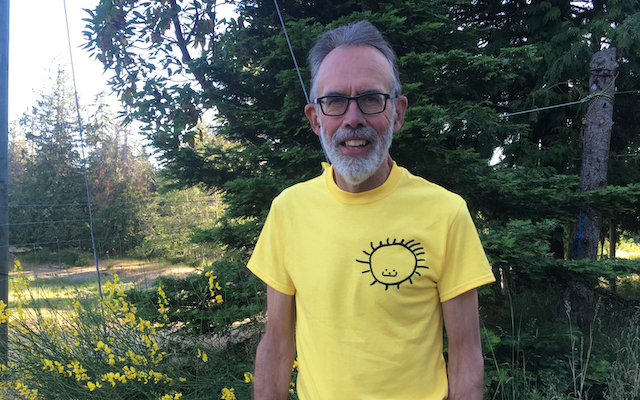 The family built a small screen-printing press in their garage. “It took off pretty quickly amongst friends,” says Char. “When we had enough orders coming in, we built ourselves a website and started working on new designs with Dad. The motivation was always to use art to connect with other people, and to share our story of Parkinson’s.”

The sisters were struck by their father’s resilience. “Dad amazed us every day in his ability to keep an open mind and push himself beyond what others might think he was capable of,” says Madi. “He skied even when walking was hard, jumped in the ocean on January 1st in his last year and danced in the kitchen whenever his favourite music came on. All these activities became much more challenging over the years, but for him it was worth the effort.”

Raising awareness of Parkinson’s disease and using art to connect with people was not the only aim of the project, explains Char. “The goal has equally been about fundraising: using our creative work to raise money to help with research, programming and advocacy for this difficult disease.”

Madi agrees: “Sharing our dad’s artwork felt like something positive we could do for him, ourselves and Parkinson’s community,” she says. “Raising money was a really positive outlet and was a great way to connect with the larger Parkinson’s community. Our dad also got a lot of joy and pride seeing his friends and family wearing colourful shirts with his artwork!” 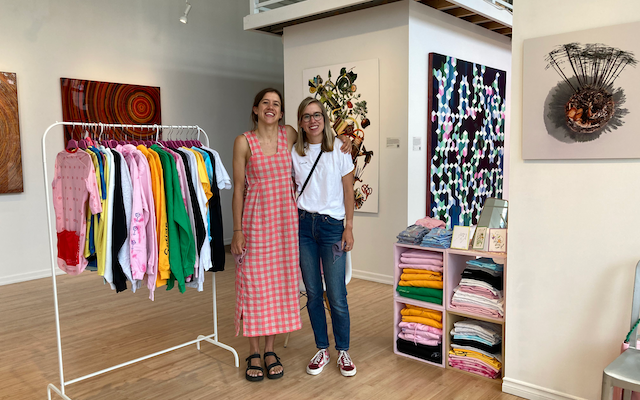 “We use some of his simpler drawings on our screen-printed apparel because they lend themselves to that medium,” says Char. “And we have started doing prints and cards with some of his more intricate paintings on them, to show the full breadth of his work.”

The project has been a helpful experience for the whole family. “Connecting with our dad by doing something positive, and making him feel seen was very rewarding,” Char continues. “It’s been a great way to channel our energy into action in the face of a condition that can feel hopeless at times.

“As a family, working on this project continues to be an amazing outlet. Our whole family contributes in different ways, and none of us could do it alone. Now that our dad is gone it’s something we can hold on to and we know he would be very proud of that.

“We love sharing his work with the world”

The sisters believe that the project has the potential to develop in the future. “Our mission with Shrimp Studio is to keep the project fun and fresh, as he would have done, and we anticipate that it will grow and manifest in different forms over the years,” says Char. “But we hope to continue to use our creativity and the vision our dad left with us to connect with our community and raise money for Parkinson’s.”

It’s important to stay positive, adds Madi. “There are so many challenges and so much uncertainty in living with Parkinson’s,” she says. “For us, the best thing to do was focus on the positives: the moments of joy, the experiences you share and the time you have together.”

Shrimp Studio has helped to accentuate those positives. “Dad was very proud of the project,” remembers Char. “He would tell us that we made him feel famous! We were so inspired by the work he was doing and we love sharing it with the world. I think he felt seen and supported by that – knowing that his friends, family and strangers around the world were wearing his pieces.”

As a family, working on this project continues to be an amazing outlet. Now that our dad is gone it’s something we can hold on to