Because he is vulnerable, I actually don’t fancy him 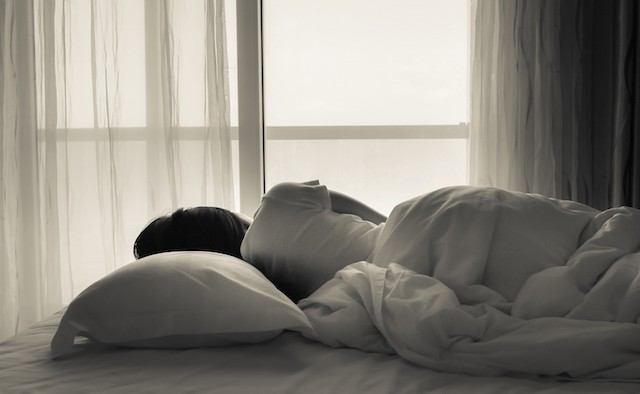 Parkinson’s can have a significant impact on the intimate relations of those living with the condition and their partners. Sue, who has been married for 30 years, knows exactly what that’s like; she can no longer share a bed with her husband as his tremors have got so bad that they keep her awake at night.

In a frank discussion, aired as part of a series on caring for ‘Woman’s Hour’ (BBC Radio 4), the interviewer asks how Sue’s relationship with her husband as his carer – not something she “volunteered for” – has affected the way she views him.

The transition from wife to carer was not easy, she explains, because “you now have all of the responsibility for him and you now make all of his decisions for him, he becomes vulnerable. And because he is vulnerable, I actually don’t fancy him.”

The changing dynamic between Sue and her husband has resulted in her no longer wanting to participate in sexual intercourse. The loss of desire is compounded by having to come to terms with the physical effects, which include erectile dysfunction.

As well as Parkinson’s, her husband also lives with dementia. Sue says that, due to her husband’s mental state, having sex would feel like she was “interfering with him” and called the situation “unthinkable”.

Sue admits that she feels trapped in her situation and cannot see a way out. She never wanted to be a full-time carer, but it is now a role that dominates her life. If her husband were in a better mental state, he would be “horrified” at the position that they find themselves in and “he’d say, ‘shoot me’.”

At the end of the show, Sue concludes that married couples do not understand the significance of the phrase “in sickness and in health” when making their vows. She suggests amending vows to account for situations like hers. “I think loyalty should be in there somewhere along the way. I think I’m loyal.”

Although a difficult subject to discuss, the interview resonated with the ‘Woman’s Hour’ listeners and gained a positive reaction. Many contacted the show afterwards to applaud Sue’s honest reflection and shared their own similar experiences.

Carers also took to the internet to praise Sue for her openness. One lauded the ground-breaking nature of the radio interview: “I feel like the interview was a milestone. Sue was an incredible interviewee – up front, clear and very self-aware about that shift from wife to carer.”

Another listener, speaking on the Alzheimer’s Society forum, shared a similar experience to Sue: “This struck a chord with me. I am 46 and really miss the demise of my sex life since my husband was diagnosed. Nobody seems to speak about this. I can’t imagine going the rest of my life without sex but equally can’t see myself doing it with someone other than him.”

UK readers can listen to the full interview here

Have you had a similar experience with your sex life? How has Parkinson’s affected your intimate relationships? Let us know by emailing: editor@parkinsonslife.eu

Because he is vulnerable, I actually don’t fancy him