Being diagnosed with Parkinson’s was a total shock. I was told I needed to retire early and it hit me like a ton of bricks

Anna Cunningham, who lives with Parkinson’s 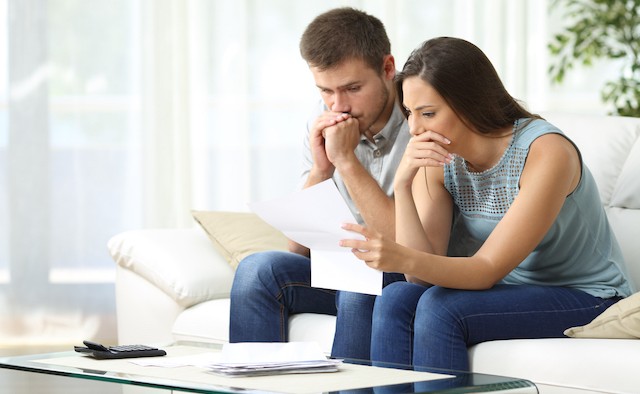 New research from charity Parkinson’s UK and Sheffield Hallam University, UK, has revealed that thousands of people affected by Parkinson’s are struggling with financial losses of more than £16,000 each year

Thousands of people affected by Parkinson’s are struggling with financial losses of more than £16,000 every year, according to new research published by Sheffield Hallam University and Parkinson’s UK.

Half of those diagnosed with Parkinson’s, and one third of their family members, have reduced working hours. Overall, households affected by the condition experience a reduction of income averaging more than £10,000 per year.

The hidden price of Parkinson’s is a result of:

– a reduction in working hours by the person affected and/or by their carer (£1,981)

– discontinuance of state benefits and pensions (£1,502)

– mounting health and social care costs, which total an average of £5,851 per year:

Steve Ford, chief executive at Parkinson’s UK, said: “For the first time, this research has exposed the full financial impact of Parkinson’s, and it’s shocking that people affected by the condition are being hit by such devastating losses – especially at a time when families are already feeling the strain.

“People are being penalised by heavily reduced incomes and forced to pay for a lifetime of mobility aids, home alterations and care costs – all while battling a debilitating progressive condition, for which there is no cure.”

Anna Cunningham is 46 and lives in Dundee, Scotland. She was diagnosed with Parkinson’s in 2013 and was forced to retire from her role as healthcare assistant, due to her symptoms.

Anna said: “Being diagnosed with Parkinson’s was a total shock. I was told I needed to retire early and it hit me like a ton of bricks.

“I have a small NHS pension, which brings in about £200 a month, and my husband works part time at the hospital, so financially it was very hard straight away.”

The report also highlights a reduction in quality of life for people with Parkinson’s as the condition progresses. Most respondents with Parkinson’s had seen a decline in their health over the previous year, with two-thirds needing help with activities inside and outside the home.

In addition, it showed a worrying impact on general wellbeing. More than 60% of people with Parkinson’s and 55% of carers who were questioned, reported low life satisfaction.

Parkinson’s UK is calling on the government to make changes to welfare support and increase social care investment, as well as proposing new policies and practices for employers, to help people affected by Parkinson’s stay in work for as long as possible.

Steve Ford continued: “This report has uncovered an impossible scenario being faced by thousands of people affected by Parkinson’s. Every day, people are being forced to choose between being out of pocket, or sacrificing their health – and it’s having a significant impact on their wellbeing. More must be done to address inconsistencies in services and funding available to households affected by the condition across the UK.

“With a stretched NHS and social care services, and changes to welfare support, it is crucial that the government works with us, and people affected by Parkinson’s, to develop solutions and improve the public services we all rely on.”

Dr Anil Gumber, principal investigator at Sheffield Hallam University’s Faculty of Health and Wellbeing, said: “People affected by Parkinson’s and their informal carers, need support from the point of diagnosis to better understand the condition, and help plan how they cope in the long term.

“Our research has highlighted that there continue to be inconsistencies in the provision of services, and funding accessible to people with Parkinson’s across the UK and this needs to be rectified to ensure there is consistent provision of care from diagnosis across the health, social care and independent sectors.”

Being diagnosed with Parkinson’s was a total shock. I was told I needed to retire early and it hit me like a ton of bricks

Anna Cunningham, who lives with Parkinson’s

Abby has raised more than UK £1,200 for Parkinson’s