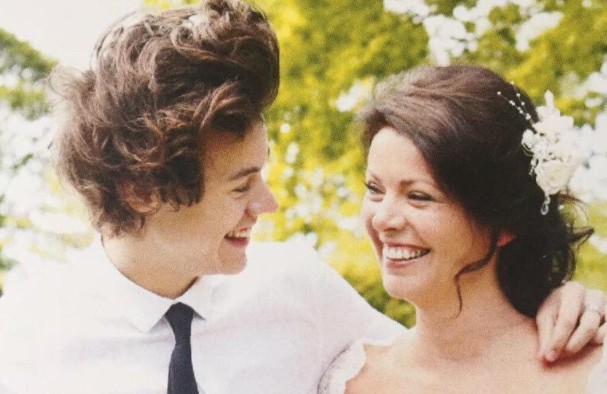 Harry Styles’ mum, Anne Twist, has praised her son as “absolutely brilliant” at caring for his 81-year-old grandfather, Brian Selley, who has Parkinson’s.

Speaking at Parkinson’s UK ‘SymFunny No.2’ fundraising event at London’s Royal Albert Hall last week, Anne revealed that former One Direction star Harry and his sister Gemma “have been absolutely brilliant. They love him to death and he is so proud of them.”

Anne continued: “My father has Parkinson’s and I have been a member of the charity for three or four years now and they have been very helpful. He is lucky enough to have a Parkinson’s nurse who is local to him and I know not everybody has that.

“He started off with a tremor which was just diagnosed as a tremor in his 70s. He is 81 and he’ll be 82 this year, so it’s just progressed.

“He goes to weekly exercise classes and he is really trying his best. It’s a slow progression but a couple of years ago we weren’t sure how long he was going to be [with us] because he was really quite poorly.”

The pop idol’s grandfather has previously paid tribute to him in the press. In 2013, Brian told UK newspaper The Mirror, “he [Harry] hasn’t changed a bit”, after Harry invited him to a VIP box to see One Direction and gave him a loving hug before taking to the stage.

“It’s also hard for me to get around because I have Parkinson’s and it’s such an effort to get me out and about. Anne arranged for Harry’s uncle to pick me up and drive me to the O2. It was wonderful. I don’t think I’ve smiled that much in a long time”, Brian continued.

The event is expected to raise £150,000,  to will support the charity’s ‘We won’t Wait’ campaign, which is raising much needed funds for research to find better treatments for Parkinson’s in years, not decades.

Read more: Michael J Fox is “an inspiration to us all” for laughing at his Parkinson’s symptoms