GyroGlove is an innovative glove developed by GyroGear, which mechanically stabilises hands for people living with Parkinson’s. The international team is made up of designers, engineers and medics. 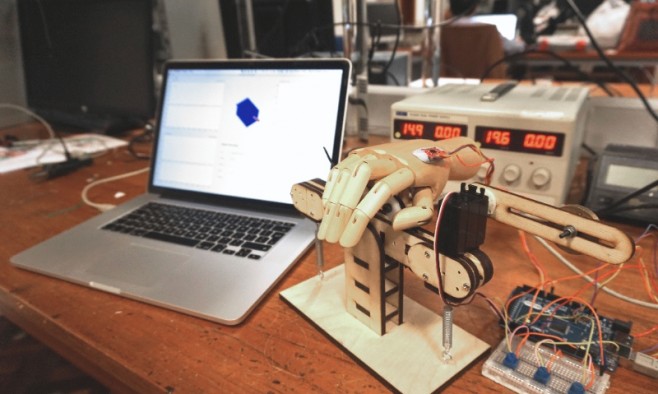 GyroGear, the company behind the award-winning GyroGlove, is recruiting volunteers to test their new, tremor-reducing wearable technology

GyroGear, the trailblazing team behind the creation of GyroGlove, is seeking enthusiastic volunteers to test their wearable, which, it claims, can reduce tremors. The device is inspired by aerospace technology and the addition of gyroscopes (spinning discs) to the hand. These gyroscopes have the ability to stabilise hand tremors.

GyroGear was selected as one of 15 ‘Millennial Trailblazers’ by telecoms company Telefonica. The business was also named in the 2015 ‘Nominet Trust 100’ list, which recognises inspiring uses of digital technology for social good.

Faii Ong, GyroGlove’s founder, said: “Our core objective is to restore quality of life via control of the hand and affected limbs. For instance, by stabilising the hand, we enable an immense range of function that is often taken for granted. From eating to writing, to cooking to inserting a key into a door, to retrieving coins to pay for groceries.”

GyroGlove is an innovative glove developed by GyroGear, which mechanically stabilises hands for people living with Parkinson’s. The international team is made up of designers, engineers and medics.