An uninvited guest taking over my home and refusing to leave? That’s ballsy! 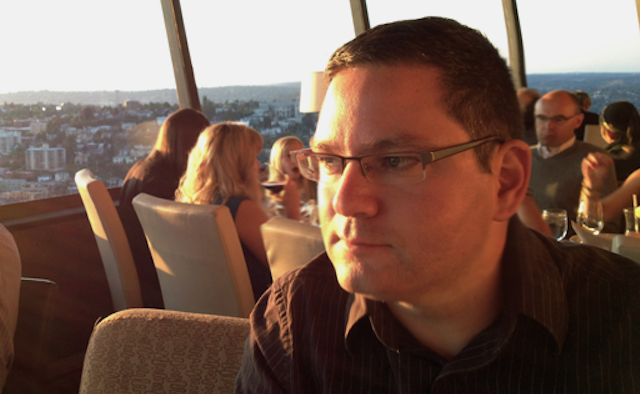 In a guest post, author Nick Pernisco – who wrote ‘Parkinson’s Warrior: Fighting Back and Taking Control’ – reflects on the origins of Parkinson’s, his personal battle with the condition, and shares the one book that “changed everything” for him

When James Parkinson first wrote about the disease that would later be named after him, he described it as “the shaking palsy.” This made sense, since tremors were a key identifier for the disease, and a palsy can be defined as a sort of paralysis. Unable to move, but when you do you shake? Yup, that’s Parkinson’s.

I remember being diagnosed at the age of 33. I experienced this paralysis in my left arm and leg, along with the tremor in my left hand. They said I was too young for this, but doctors eventually diagnosed me as having the disease that Dr Parkinson discovered in 1817.

The description of Parkinson’s given over 200 years ago has suited it well. However, without a cure and with daily struggles that can ultimately drive you mad, I have a new name for this annoying, attention-seeking, chronic illness: the ballsy palsy.

While the description could seem crude, I don’t think its accuracy can be denied. The disease takes you by surprise, either late in life, or much earlier in my case, and demands to take over your body, giving you very little say. An uninvited guest taking over my home and refusing to leave? That’s ballsy!

The thing is, while there is no cure, Parkinson’s science has come a long way since the 19th century. We now know how to slow the disease by smacking it in the face with exercise, minimising its symptoms with medications and advanced therapies like deep brain stimulation (DBS), and hitting it hard with the right mental attitude.

Exercise is key. When I was first diagnosed nearly a decade ago, I was told to go straight to yoga classes. The yoga gave me a good full-body stretch and kept me strong and limber. Next, doctors suggested I take up cycling, since this activity has been scientifically proven to reduce symptoms. With poor balance, I decided to buy a recumbent stationary bike, and this has made a huge difference in my overall health.

Exercise and fitness are not only great for Parkinson’s, but also necessary for our aging bodies. The healthier we live our lives, the better our lives will be in the long run. It’s important to keep in mind that just because you have one illness, that doesn’t mean you can’t get another one like diabetes or heart disease. Save your body the trouble and keep in shape!

After 10 years, and with Carbidopa/Levodopa providing less consistency and my body demanding more off-time, I recently bit the bullet and decided to have DBS. Before the procedure, I could barely walk, type, or sleep through the night. Now, I walk faster than many of my friends, my baseline typing speed is about 65 words per minute, and I can make it through the night without even waking up. DBS is not a cure, but it is a sort of miracle therapy, if you believe in that sort of thing.

It used to be the case that people with Parkinson’s would only consider DBS in later stages of the disease, due to the fact that brain surgery is massively invasive and not without its risks. However, there was one thing my movement disorder specialist told me and it struck a chord. “You only have one life to live,” she said. “Wouldn’t you want to live well for most of it?” That moment I decided I would have DBS, and I cannot recommend it enough to those who qualify.

The Art of War

Before I had a grasp on Parkinson’s, I suffered from severe depression. Not only was this caused by the circumstances – having to live through my best years with an incurable illness – but the disease itself caused a chemical imbalance which left me lethargic and apathetic. While anti-depressants helped, it wasn’t until I read the book ‘The Art of War’ by Sun Tzu that everything changed for me. I realised that many of his teachings could be applied to Parkinson’s. I made a conscious decision to not let the ballsy palsy come in and ruin my life. I adopted a warrior mentality, facing each day, good or bad, with strength and determination.

Having a warrior mentality doesn’t mean I’m not without my bad days. There are days I will wake up and not want to get out of bed. I often become melodramatic and think the world is coming to an end. But that warrior within me stops me in my tracks, tells me that life is not over just yet, and gives me a kick in my behind to keep me going. You become a Parkinson’s Warrior, not because you want to fight, but because you need to fight.

Today, when the ballsy palsy comes knocking, I look it in the eye and tell it it’s not welcome. Although it doesn’t leave, it knows it’s on notice. I am determined to live the best life I can today, and very little will stand in my way.

Nick Pernisco is an academic and social entrepreneur who was diagnosed with young onset Parkinson’s at the age of 33. He has since written ‘Parkinson’s Warrior: Fighting Back and Taking Control’, a story of how he learned to cope and thrive through education, self-care and adopting a ‘warrior mentality’.

This is a guest article appearing on Parkinson’s Life. The information given is the viewpoint of the author, and does not represent an endorsement by the European Parkinson’s Disease Association of any particular treatments, products or companies. This article is not a substitute for advice from your doctor, pharmacist or other healthcare professional. Parkinson’s Life makes no representations or warranties of any kind, express or implied, about the completeness or accuracy of information provided.

An uninvited guest taking over my home and refusing to leave? That’s ballsy!