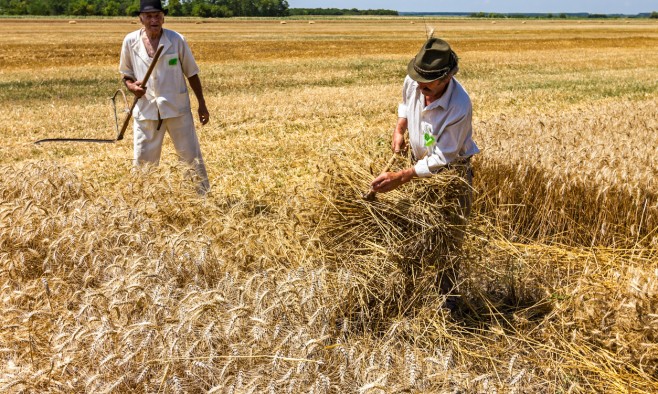 Which grass cutting technique helps keep my symptoms and the grass around my house under control – while helping to reduce the risk of bush fires?

My decreasing mobility, due to Parkinson’s disease, has meant that keeping the acre of grass around the house in check has become an unwelcome and painful chore. I used to spend a couple of days with a brushcutter – a powerful lawn-mowing machine – trimming the shrubs and grass. Unfortunately the rigidity and stiffness associated with Parkinson’s, along with increasing and sometimes incapacitating lower back pain, meant that I was inclined to avoid physical activities – losing fitness and a well-kept lawn as a result.

However, my physiotherapist was more encouraging and provided me with a group of exercises designed to help restore some of my lost movement. Within the exercise routine were a couple of twisting movements for the upper body that triggered memories of a time almost half a century ago and half a world away. Back then, I was living in a small village called Dyrham in Gloucestershire, UK, where my wife and I kept goats and regularly mowed the roadside verges to make hay as winter feed. I used a tool called a scythe, commonly shown in illustrations of the Grim Reaper, and it was ideal for the job.

It was simple and effective, and the action so similar to the upper body rotation I was now prescribed. Could it be that taking up the scythe again could keep the grass under control and at the same time ease the stiffness of Parkinson’s? I discussed the idea with my physiotherapist who thought it was well worth a try. Unfortunately getting hold of a traditional scythe proved more difficult than I’d expected. Local hardware and agricultural suppliers hadn’t kept them for years. Eventually I discovered ‘Bladerunners’, a group of enthusiasts who assembled scythes from parts.

So how did it work out? Quite well really! Where ‘brushcutting’ needed at least half an hour of preparation – such as the time needed to don the necessary safety helmet, visor, overalls, harness, boots and gloves – this time could now be spent doing the scything itself. All I had to do was give the scythe a few strokes with the sharpening stone. No tinkering with the engine to get it to start, no ether, no petrol, no exhaust fumes, no noise.

These days, half an hour to an hour of scything is about right for me. So instead of spending whole days in a marathon effort to get all the grass cut, I spread the work over several weeks in short bursts. From a Parkinson’s perspective, this seems ideal as it provides a level of exercise that is matched to the needs of my condition, at the times and in amounts that I can control. It feels good and I shall enjoy keeping it up over the months to come, though that will bring us into winter here in Tasmania, a time when the grass hardly grows at all.

Read more: Are pesticides the cause of Parkinson’s disease? Find out in this free podcast

We spoke to the founder of Parkinson’s Story Exchange