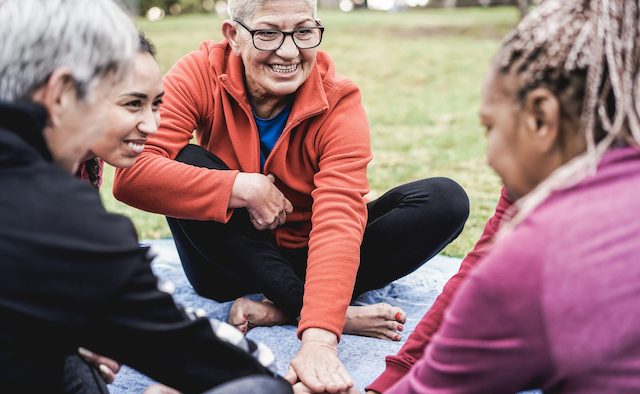 What do Parkinson’s organisations around the world want to achieve – and why should people get involved?

The PD Avengers – an organisation building a global alliance to help end Parkinson’s disease – recently hosted a two-part podcast from the Michael J Fox Foundation, introducing some of the organisations it has partnered with across Europe and North America.

The purpose behind Parkinson’s organisations

“We can never have enough people helping people with Parkinson’s live a better life and search for a way to end this disease,” said Soania Mathur, co-founder of PD Avengers, who launched the discussion.

Guests from organisations including the Parkinson’s Europe, Davis Phinney Foundation, Parkinson Canada and more, were asked how they define success. From promoting wellness, to advancing therapies and treatment, to raising global awareness – improving the quality of life of people with Parkinson’s was at the core of their purpose.

“The mission has not changed in 17 years,” said Jenna Deidel, director of programmes and outreach at Davis Phinney Foundation.“We help people with Parkinson’s live well today. That drives everything we do. There’s a real urgency because it’s about people living right now and we get one chance at that.” In the last year, Jenna added, the foundation has invested more into improving equity, access and inclusion for people with Parkinson’s – such as starting a webinar series on health disparities.

Josefa Domingos, physiotherapist and board member of Parkinson’s Europe, explained that the umbrella organisation’s mission is “a call to action for change in how Parkinson’s is seen and treated”.

“When it comes to wellbeing, Parkinson’s Europe plays an important role by providing information, resources and also supporting and promoting member initiatives and events throughout Europe. They have more than 30 members […] so I think it’s uniting Europe in that sense,” said Josefa.

“Additionally to that, we also run our own projects which seek to inspire and support people to live a full life with Parkinson’s.” Josefa shared ExerciseCast, Keep ON Moving and Parkinson’s Life magazine, as examples of resources available through Parkinson’s Europe – and teased potential plans for an “international Parkinson’s sporting event, like the Olympics”.

Why collaboration is key

By the end of 2022, PD Avengers wants to unite one million people in its goal to end Parkinson’s – believing that an allied approach will make a greater impact. This ambition was echoed by its partner organisations, which emphasised that a bigger network of supporters would lead to more breakthroughs for Parkinson’s.

Jenna suggested this was part of the motivation behind the Davis Phinney Foundation’s decision to join the PD Avengers: “[it was] really recognising that this would be an opportunity for the Davis Phinney Foundation to do a lot of listening and a lot of learning, especially on a global scale. Operating primarily in the US and a little bit in Canada, we know we don’t have a global perspective all the time […] And so it’s incredibly helpful to have voices from across the world and in various different living situations and medical systems […] to make sure that we understand what’s going on.”

Dr Karen Lee, CEO of Parkinson Canada agreed that working together could have a bigger impact: “It’s so important to raise the voice of people living with Parkinson’s in many ways, right? […] We can do that through programming, services and advocacy. At the same time, collectively together, we are stronger.”

“You don’t have to have Parkinson’s to want to help end it,” said Tim Hague Sr., co-founder of PD Avengers. “Family members, medical professionals, therapists, friends – we need everyone to join us.”

Listen to the full podcast.