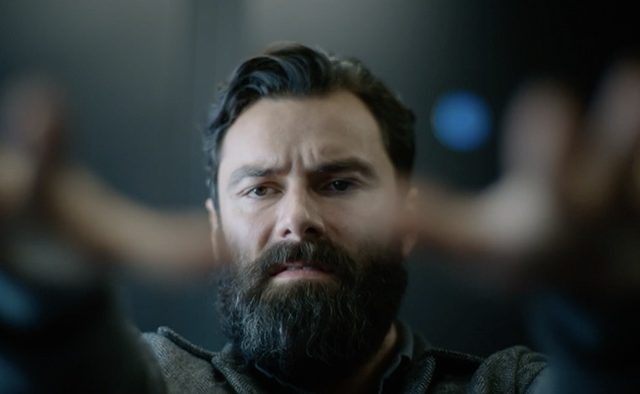 How do you accurately portray Parkinson’s on-screen? We explore how the team behind a new UK TV series prepared to depict the condition in the five-part thriller ‘The Suspect’

On paper, the new television drama series ‘The Suspect’ – created by UK television network ITV – sounds like a standard thriller. But it features one notable difference: the protagonist is living with Parkinson’s.

Irish actor Aidan Turner was very conscious of this when tasked with the challenge of portraying the character on-screen: “We don’t often see a leading character who has Parkinson’s,” he noted in an interview with the Evening Standard, “so it was interesting to tackle that.”

Adapted from a novel of the same name by Michael Robotham, the five-part series began airing on ITV earlier this week. The show follows Dr Joe O’Loughlin, a clinical psychologist who meets with a detective to aid in a potential murder enquiry. Questions are soon raised about whether Joe, played by Turner, knows more about the case than he’s letting on.

Meanwhile, the psychologist is grappling with a diagnosis of early onset Parkinson’s.

The responsibility of depicting the condition on camera was something that Turner and the rest of the production took seriously. “Getting it right was important,” said Turner. “Parkinson’s affects everyone differently.”

The production team got in contact with the charity Parkinson’s UK for information. To support the development of the series, the charity put Turner in touch with Drew Hallam, a musician who was diagnosed with the condition in 2018 at the age of 35. “To speak with somebody so open and truthful about his experience was very beneficial,” Turner added.

With Hallam’s guidance, Turner and the rest of the team were able to explore how symptoms of Parkinson’s should be displayed on-screen. This meant, for example, keeping the “tremor subtle because Joe has been recently diagnosed – but enough for it to read on camera”.

Speaking with Hallam also helped Turner to cultivate his character’s state of mind throughout the series. “We talked endlessly about the details of how the medication makes him feel,” Turner told the Radio Times. “What was it like in the early days? What were the first few weeks like? Do you remember them? Because I was talking to him about how reckless Joe might be; he said, ‘Absolutely – I didn’t know what to do with myself’.

“I feel like everything we talked about was vital, crucial to me finding Joe’s character and learning more about Parkinson’s. So that was invaluable.”