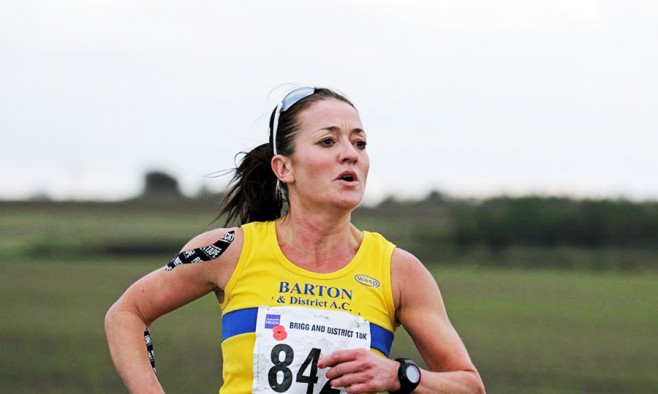 Ruth Wilson is “determined to get on the podium” at the Duathlon World Championships in Adelaide, Australia

The Adelaide 2015 ITU Duathlon World Championships are about to kick off in Australia this weekend and among the racers is Ruth Wilson who will represent Great Britain. Despite being diagnosed with Parkinson’s disease six years ago, she will be competing on the international stage against able-bodied athletes, who don’t have that disadvantage.

Ruth, 46, is no stranger to sporting success. She was crowned the national PT4 paratriathlon champion earlier this year and holds the course record at Mallory Park in the UK. All this from someone who couldn’t even swim or ride a bike before she took up the sport.

However, this Sunday she is totally focused on bettering on her fourth place in the World Championships last year. The duathlon in Adelaide, Australia, is the biggest of its kind in the southern hemisphere and consists of a run, followed by a bike ride, before a final run to the finish.

Speaking from her training camp in Adelaide, Ruth said: “As a PT4 paratriathlete it’s an honour to represent GB in the able-bodied World Championships. I’m determined to get on the podium this year after just missing out last time round. It won’t be easy though.”

Once she’s got over the jet lag from the gruelling journey to the other side of the world, getting used to the climate is the next challenge. “Adelaide is having a heatwave at the moment, which means conditions are extra tough, and there are a lot of fast athletes here.

“The nerves always kick in before the race, so it’s important I keep my race plan together by hydrating and doing the basics like stretching and riding the course steady.”

Ruth is always on the lookout for sponsors. You can follow her on Twitter, and watch out for a full interview with her over the coming weeks

Learn more about a therapy service backed by the EPDA

Championing sport in the Parkinson’s community