This doesn’t just affect the individual, it affects the whole family 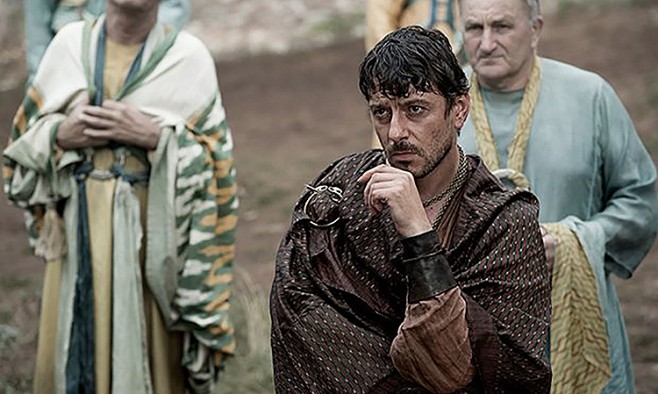 Enzo Cilenti – ‘Yezzan’ in hit TV series – is joining his father, who has Parkinson’s, for a tandem-ride over one of the world’s toughest mountain passes

Enzo Cilenti, the British actor who plays ‘Yazzen’ in Game of Thrones, is preparing to tackle one of the toughest bike challenges in the world to raise money for Parkinson’s research.

His father, Peter, was diagnosed with the disease in 2012, but that hasn’t stopped him from taking on an epic ride over Mount Ventoux in Provence, south France.

Father and son will brave the tough, 136km route – which often features in the Tour de France – on a tandem bike.

Cilenti said: “There’s no getting away from the fact that this is a very tough challenge. Spending that quality time with my dad is going to be lovely and the research we can help fund is vital. Whatever happens it will be a brilliant experience.”

The route is a challenge even for professional riders, so for a person with Parkinson’s to attempt it is remarkable. The pair want to show how you can still live a full life with Parkinson’s.

“Like most people, until it happened to us, to our dad, we didn’t know that much about Parkinson’s,” Cilenti told the Mirror newspaper. “When something like this happens the clichés are true, you realise what life is really about, but it was also a positive starting point.

“The focus now is on being there for my parents because this doesn’t just affect the individual, it affects the whole family. My mum, Francesca, and my dad are a strong couple. It’s very much the case that they are facing this together.”

To sponsor Enzo and Peter’s ride, which takes place on 20 June, visit their fundraising page

This doesn’t just affect the individual, it affects the whole family

How one man’s Parkinson’s vision is coming to fruition

VIDEO: From diagnosis to treatment in Parkinson’s disease