I had to learn about Parkinson’s because I’ve grown up with it. 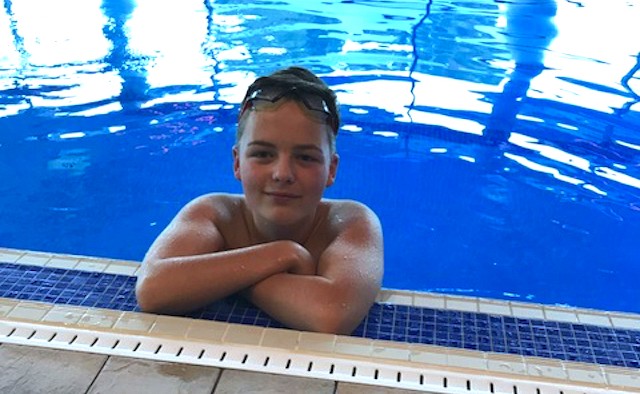 We talk to 13-year-old Fynlee Hateley – who swam 2.5 miles for Parkinson’s – about growing up with a grandma who had Parkinson’s – and why young people need to join the fight

What motivated you to do a sponsored swim for Parkinson’s?

My nan was diagnosed with Parkinson’s when I was very young, and ever since then I’ve wanted to do something for the condition. I go to Solihull School in the West Midlands, UK, and this year we’ve been doing lower school diplomas – where we have to do a range of different tasks including supporting a charity. I thought it was a good time to do something for a Parkinson’s charity.

I have dyspraxia, so I struggle to do anything that’s coordinated like running or cycling. For that reason, I chose to do a sponsored swim because I’m quite good at swimming and my dyspraxia doesn’t affect it.

Can you tell us more about the sponsored swim?

My family are members of Bannatyne Health Club & Spa in Tamworth, UK, and we told them that I wanted to do a charity swim. They were really supportive and put out a special swimming lane just for me.

Along with my sponsored swim, I also raised money with a cake and sweet sale at my dad’s workplace – where my nan was a director.

How much have you raised so far?

At the moment, I’ve raised just over UK £1,000. For anyone who is interested, my fundraising page is still active for a few more weeks.

What did you enjoy most about the swim?

My granddad came and watched me and quite a lot of people supported me on the day.

What did you find most challenging?

I found training for it quite difficult. I went swimming every weekend and would push myself to swim a little further each time.

I’m already thinking of doing another sponsored swim next year – but a longer distance. 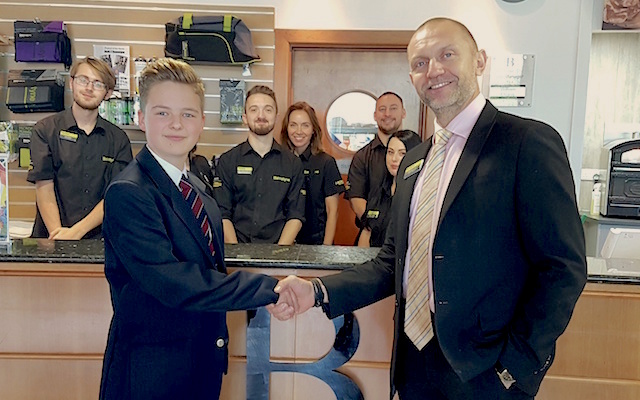 How did you hear about The Cure Parkinson’s Trust?

My dad has previously fundraised for Parkinson’s because his mum – my nan – had Parkinson’s and passed away in 2015, aged 81. He’s done a cross-country walk, a coast to coast walk and cycled from Land’s End to John O’Groats. He donated the money he raised to The Cure Parkinson’s Trust, which encouraged me to support them too.

How did people react to your sponsored swim?

My school was really supportive, which was great. My granddad and parents were also proud of me – they said it was a really big achievement to complete the challenge with my dyspraxia.

We heard you were awarded ‘Member of the Month’ at Bannatyne Health Club?

Yeah, I was really pleased – I didn’t think I was going to get it!

How does it feel to be fundraising for charity at such a young age?

I’m really proud of myself. It’s a charity close to my heart. It’s also especially important as, recently, another member of my family has been diagnosed with the condition.

I’m also very honoured to be invited to The Cure Parkinson’s Trust’s annual meeting for fundraisers.

What age did you start learning about what Parkinson’s is and understanding the condition better?

I learnt about it a few years ago when my nan was diagnosed. As I got older, I saw her quite a lot and it was hard to get away from the fact she lived with Parkinson’s. I had to learn about Parkinson’s because I’ve grown up with it.

What advice would you give a young person considering fundraising for Parkinson’s?

If you are thinking of fundraising, don’t let anything get in your way. I thought that I wouldn’t be able to do it but, in the end, I found it much easier than I thought I would.

The Cure Parkinson’s Trust is a great charity to sponsor because it funds important research into the condition.

A cure – because at the moment there isn’t one. Without more people supporting the cause, we cannot make progress. We need more fundraising and for more young people to get involved, so we can continue to fund research.

I had to learn about Parkinson’s because I’ve grown up with it.