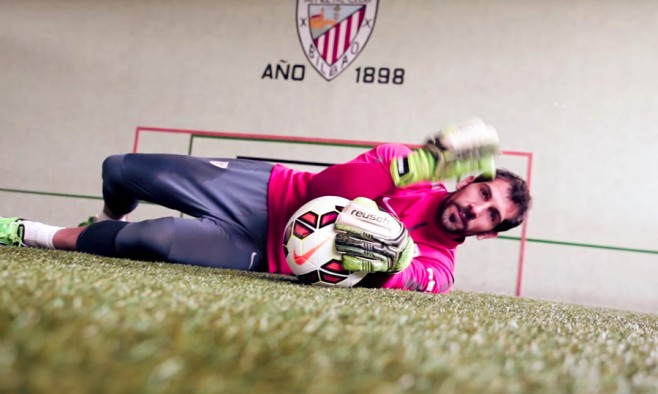 Star players from Athletic Bilbao, one of the Spain’s biggest top-flight football teams, are appearing in a viral video and doing their bit to raise international awareness of Parkinson’s.

The video is part of Parkinson Bizkaia Association’s campaign ‘I join the movement against Parkinson’, which aims to establish an instantly recognisable hand gesture that anyone in the world can use to show their support and raise awareness of the disease.

In the video, the Athletic Bilbao players – along with campaigners and people with Parkinson’s and their families – are seen making a fast hand movement in front of their face, representing the tremor that is one of the most visible symptoms of Parkinson’s.

In a statement, Parkinson Bizkaia Association said: “Currently there is not a specific gesture that represents Parkinson’s disease at an international level. The aim of this campaign is to make visible this medical condition through a simple movement that everybody can do.”

Located in Bilbao (Basque Country, Spain),Parkinson Bizkaia Association is a non-profit organisation which provides services and rehabilitative therapies for people affected by Parkinson’s and their families.