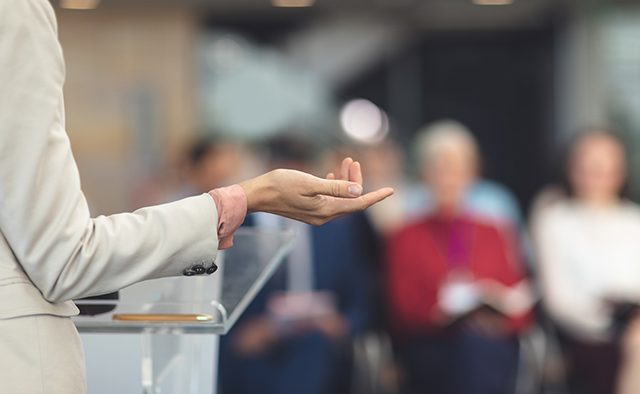 Have you heard these TEDx Talks about Parkinson’s? We round up five more of our favourites from the speaker series, in which people from around the world share their unique perspectives on the condition

What’s it like to be diagnosed with Parkinson’s at age 36? Adventurer Alex Flynn took to the stage in 2019 to share his story, and told the audience about the stunning challenges he had completed to raise funds for Parkinson’s. “We should stop shying away from uncertainty, and use it to create certainty,” he said. Following his death last year, he continues to be an inspiration to the community.

2. Courtney Williamson: Changing paths to help those with Parkinson’s disease

In this talk, Courtney Williamson discusses how her mother’s Parkinson’s journey inspired her to create a medical device for those with the condition. Building on insights she gained as her mother’s caretaker, she created a tool designed to improve posture, balance and quality of life. “If we just focus on helping and serving others, truly amazing things can occur,” she says.

3. Jimmy Choi: The impact of Parkinson’s and the unknown

When Jimmy Choi was diagnosed with young onset Parkinson’s at the age of 27, he says he struggled to accept the reality of his condition. Eight years later, he “hit rock bottom when I fell down the stairs with my infant son”. He shares how he was able to take back control of his life by adopting an “action-minded positive mindset” – and finding ways to prove that the condition doesn’t define him.

Since being diagnosed with Parkinson’s in 2006, former lawyer, ambulance attendant and travel agent Bob Kuhn has been committed to inspiring and motivating others with the condition. In this talk, Bob shares why he thinks everyone should “choose an attitude of adventure” when it comes to dealing with adversity.

Could a nasal spray help to treat Parkinson’s? This is the question that Dr Amirah Aly aims to answer. She discusses how, by helping deliver drugs to the brain, nasal sprays may have potential to manage neurodegenerative conditions such as Parkinson’s.