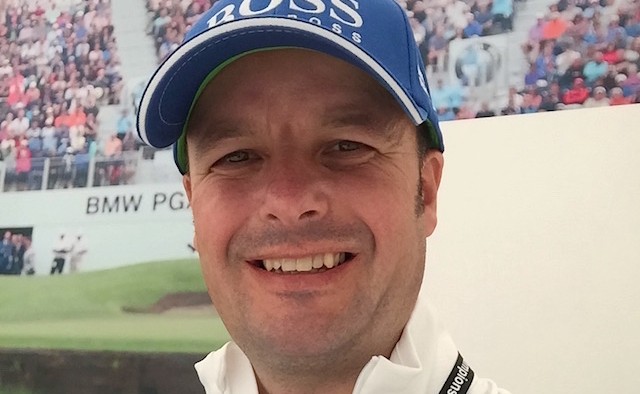 What is the First Steps programme and what are its aims?

The main aim of the First Steps programme is to connect with as many people as possible, as early as possible. It’s important that people are aware, from an early stage, of the support available to those living with Parkinson’s. We give them tips to make the whole thing less scary, because Parkinson’s is a really scary thing to happen, and we want to show people that life isn’t over. Yes, it’s going to be a bit different, but they can take control of it.

Who delivers the programme?

I was diagnosed with Parkinson’s in 2012 at the age of 41. I was devastated and it took me four years to learn what we now cover in the two days of the First Steps programme.

What is your role as a programme consultant for First Steps?

In the early stages of the programme, I was a course presenter. Now, my role has changed. I still present the course, but I’m now teaching other people to do it too as we open new sites across the country.

I’m very proud to be involved with First Steps. If I didn’t have Parkinson’s, I wouldn’t have got to do this – so it’s actually lucky I’ve got Parkinson’s. It’s amazing and it doesn’t feel like a job. It’s great to help people who are in a fairly dark place. It’s a privilege and I absolutely love it.

What happens during the programme?

The programme consists of two days that are six weeks apart. When people turn up on the first day, they don’t want to be there. They’re always a bit guarded. We ease them into the session by doing most of the talking. People start to loosen up by lunch time on the first day and start thinking more positively. At the end of day one, we ask people to set personal goals. If you want to improve your physical and mental health, you need to do that yourself – you need to make that change. Coming to the course is a good starting point.

For the second day of the programme, we try to bring people back in the same group. We recap day one and review the goals they set – they’re predominately exercise goals.

There’s more interaction on day two – no ice breaker is required! We split the group up into people with Parkinson’s and people without – we call them supporters – for a confidential session. This enables people to ask questions they might feel awkward asking in front of their close friends or family. It’s the most important part of the two days for them because it allows them to get things off their chest and out in the open.

At lunch, we do mindfulness, since mental health is important to physical health. In the final part of the day, we introduce them to a gym class run by a neurological physiotherapist which leaves them buzzing. Then we send them on their merry way! 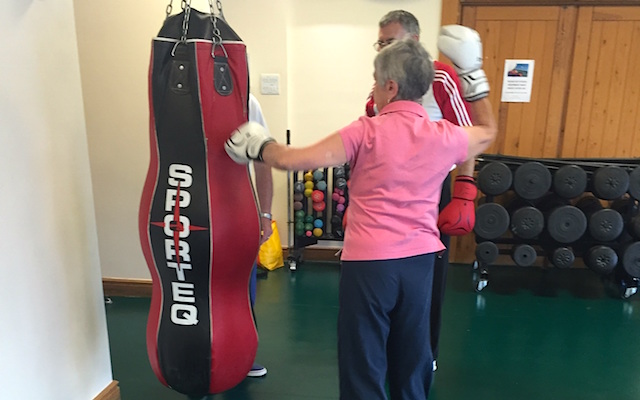 How does First Steps differ from other Parkinson’s programmes?

The thing that makes it different to other programmes is that a clinician or consultant will refer people who have been diagnosed with Parkinson’s. It’s treated like a hospital appointment by the person who gets diagnosed. However, it cannot be set in a hospital or a clinical setting. It has to be in a wellbeing venue, for example a golf club or a spa.

Another key thing is that the programme has to be delivered by people living with Parkinson’s. The groups are relatively small with an optimum number of 12. So that’s six people with Parkinson’s and their partners or friends. We want people to bring someone with them because when you are diagnosed, your close ones have to live with Parkinson’s as well. It’s new to them too.

How big is the programme now?

The pilot programme started in July 2015. Currently we run the programme in four places – Whitney, Oxfordshire, Plymouth and Aberdeen. We’ve got another four launching in Exeter, London, Kent and Sheffield. The next centre to open will be in north London in October.

How does the programme help patients address their fears and misconceptions about Parkinson’s?

The whole two days is a Q&A. We tell them to stop and ask us questions at any time. The course is written by people with Parkinson’s as well as professionals – and we’ve honed it over the last few years. It doesn’t leave many stones unturned, so people don’t leave with any of the fears and misconceptions that they may have come in with.

What advice would you give someone considering joining the programme?

I would wholeheartedly say, having seen a whole manner of people come to the course from ages 34 to 84, that every one of them has got something from the course. If you’re within the first couple years of your diagnosis, First Steps is a no brainer.

What are the future plans for the programme?

We are trying to cover the whole country with the course – so that First Steps is in reach for anyone diagnosed with Parkinson’s. The aim is that in three years, we’ll have 22 centres throughout the UK. 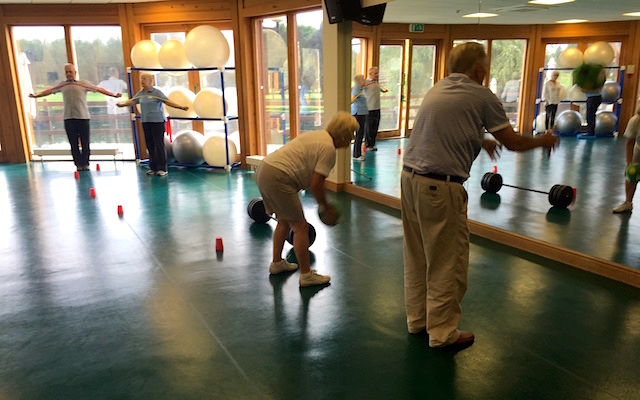 An exercise class at First Steps.