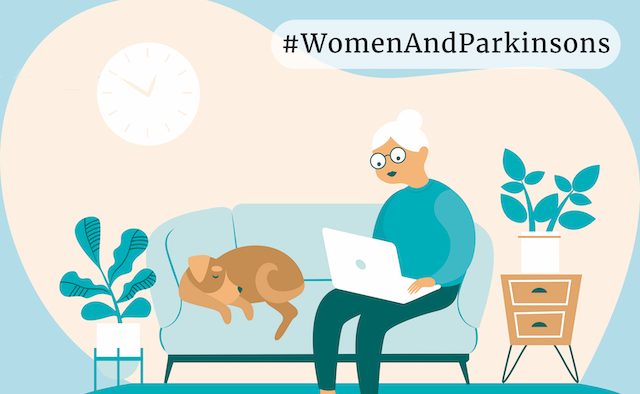 I was diagnosed with Parkinson’s in 2002. I’d noticed something not quite right at the age of 49 but it took over two years of disagreements about what was wrong with me ­– doctors disagreed, mainly because I had mostly non-motor symptoms at first. I felt adrift. Then a doctor was visiting at the place where I had an appointment. The visiting doctor quietly walked up to me after I was told it wasn’t Parkinson’s and privately said, “Come see me. It looks like Parkinson’s to me.”

He took a sincere interest and insisted that I cease teaching at my university despite my protestations. “You’ve done an outstanding job of that for over 25 years,” he said emphatically. “You have other interests. Do those now or we’ll find ourselves having to treat you with far more medication. You don’t want that.” It was difficult to take that advice as I love teaching, but I trusted him. He was outstanding.

I struggled with how much to tell my children, especially since I didn’t know how Parkinson’s would affect me. My approach was to keep doing things as I’d always done them, including playing basketball with my children, traveling with my family, attending their activities and more until each of those things became too difficult. Fortunately, the difficulties didn’t come all at once and as they got older much of what we did together didn’t require physical endurance.

Initially, being a woman with Parkinson’s, especially with young children, I felt rather isolated. It was difficult to find women with Parkinson’s until I began joining Parkinson’s groups and exercise programmes – what a positive difference that made. 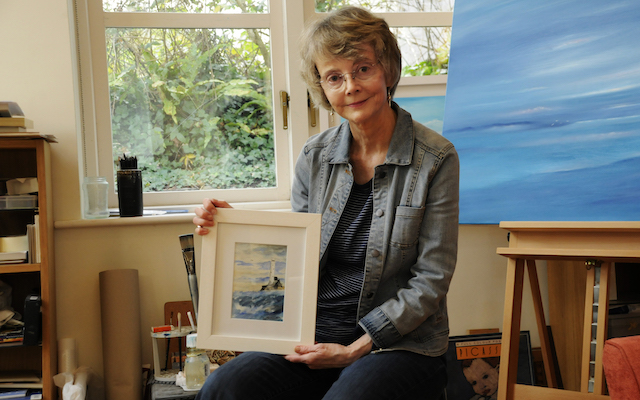 I’m sure men experience a sense of feeling less attractive, but most cultures place a lot of emphasis on female beauty. Parkinson’s is largely a disease of older people and so it’s easy to feel older before you really are. It’s a rare spouse or partner who will say, “Yes, I find you less attractive,” but it would have helped to be able to talk to women about that.

Facial masking can steal some of your sparkle and expressions can be misinterpreted. I found that a challenge at times even though my masking has been relatively minimal. From earliest childhood, women are taught (by their parents, teachers, mentors, peers, the media and countless other influencers) that it’s important to smile; girls and women, more than boys and men, are expected to be and appear amicable, sensitive and empathic. When our facial expressions don’t meet those societal expectations, people may take offence or withdraw as friends without ever even realising that they are reacting to something entirely out of our control. When it comes to doctors, they can assume that a woman with Parkinson’s disease is depressed because expectations of amicable expression are greater for women.

I think it’s important for women to insist that their medical practitioners remove the word “complained” from their records. Doctors are often taught to write, “The patient complained of x, y or z”. I explain to my doctors that the word “complain” has more significant implications for women. Research indicates that women are heard differently in medical settings. Doctors may inadvertently tune out if they consider what a female patient is saying as a complaint. While my doctors have smiled when I’ve mentioned this, they’ve changed their approach and in two cases taught their students to do the same. They now write, “The patient explained, described, discussed or emphasised”. If nothing else, it raises their awareness to an unconscious bias.

As women with Parkinson’s, we need to listen to ourselves, and observe whether those around us, including our doctors, are hearing and heeding what we’re saying. We must work on maintaining and strengthening the volume of our voices – work with a speech pathologist or seek out one of the many videos or other tools designed for this. It is important, too, to prioritise what we have to say, and emphasise issues and items that are high on our list. 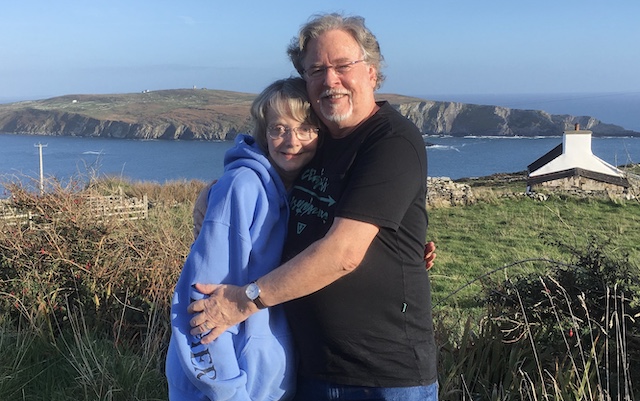 I was a preventive medicine researcher, so finding sources about Parkinson’s disease was not difficult. However, finding information about being a woman with Parkinson’s was challenging. While it is wonderful to have celebrities help us raise awareness about Parkinson’s, for a long time there was too much emphasis on that. It’s difficult to identify with people, almost always men, who have extensive support due to their celebrity status. I certainly don’t recommend excluding them, but merely realising that the experiences of celebrities can be different – perhaps even harder in some ways as they’re very visible.

For those issues that are not clinical, including those regarding gender, other female Parkinson’s disease patients tend to be the best sources. Sharing provides understanding and empathy. It often leads to a sense that you’re not alone.

Finding resources focusing on women and Parkinson’s is still a challenge. Social media outlets have provided more opportunities to hear from and learn from women. If we had more opportunities for interactive discussions about issues particularly relevant to women, that would be useful.

This article was first published in November 2020.

Being heard by doctors

Kathleen Reardon shares emphatic phrases to use when communicating with healthcare professionals.

If it makes you feel better, lead with the comment: “I’m going to be more direct for a few moments to be sure I’ve made clear what matters most to me.” Then use one of the phrases above, or one of your own, that clearly articulates your concerns. You can thank the doctor first for their attentiveness and concern before articulating your needs.

She moved to Ireland shortly after her diagnosis with Parkinson’s. There, she began to paint and has since written several crime mystery novels that include ‘Shadow Campus’ and the sequel ‘Damned If She Does’. She has also published nonfiction books on communication, negotiation and politics at work.

She can be reached via her website or LinkedIn.

For more information on women and Parkinson’s please visit the Parkinson’s Europe website.

Shedding light on challenges facing women with the condition