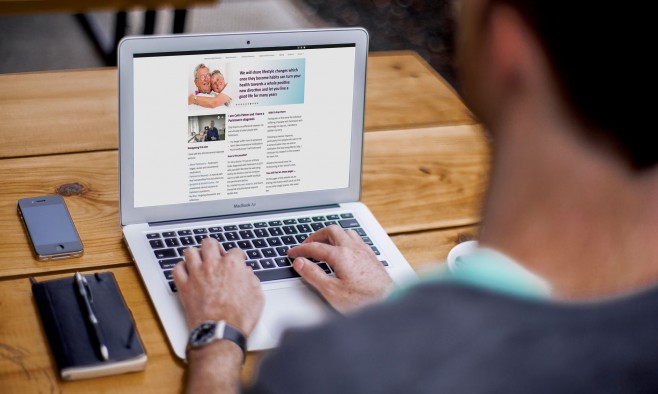 Specialist doctors are worried about misleading advice being given on a popular website, promoting alternative therapies for people with Parkinson’s disease.

The website – Fight Parkinson’s (fight-parkinsons.org) – claims that health food supplements could reverse the symptoms of the condition and encourages people to ditch traditional prescribed drugs like levodopa in favour of alternative treatments.

Colin Potter, Parkinson’s patient from Portsmouth, UK, who runs the website (its Facebook page has over 12,000 followers), goes as far to say that it is possible to live medication-free with the right diet and exercise regimes, based on his own personal experience of controlling his symptoms without drugs.

In a radio interview Professor David Burn, clinical director of charity Parkinson’s UK, called these claims “absolutely unsubstantiated and outrageous” and is concerned that such information on the Fight Parkinson’s website may be putting lives at risk.

Dr Burn said: “I’m very worried about the website because it is making absolutely unsubstantiated and outrageous claims to a potentially vulnerable group of patients.

“What really upsets is that the website implies doctors are almost being dishonest by wilfully not giving full disclosure about medications.”

In one video published by Potter, he talks of the “spectacular results” and “near complete reversal” of symptoms in a case study promoting the use of amino acid therapy – protein supplements that aren’t available in the UK. However, they are available in the US, though they are not approved by the FDA as a treatment for Parkinson’s, and are classified as a dietary ingredient rather than a medicinal drug.

The treatment plan costs £250 per month and requires the patient to stop their prescribed pills as soon as they start administering the amino acids, which is worrying doctors who say suddenly discontinuing their medication could even kill some patients.

“Parkinson’s isn’t necessarily the incurable, degenerative disease we are told. It’s just doctors who don’t have any answers,” Potter adds. 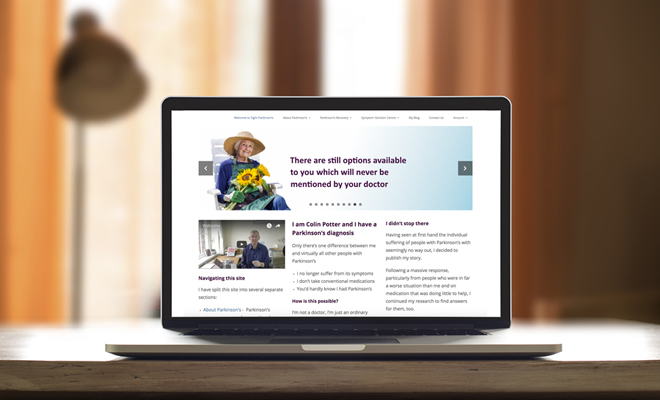 While Potter insists that his website is purely for sharing information, Dr Burn expressed strong concern at the some of the suggestions he makes.

“I think there is absolutely no evidence, for example, that the treatment is curative, which is what is being suggested,” said Dr Burn. “There is no evidence that amino acid therapy will slow down or cure Parkinson’s.”

Parkinson’s Life contacted Potter after the radio interview and he said he’s never advised anyone to stop their medication without consulting their doctor. He also argued that the existing medical regimes are limited, and that the alternative methods his website promotes are offering hope to others in difficult situations.

“The consequences of medication are absolutely dire. I call them ‘drug–induced symptoms’, which have devastating consequences,” Potter told Parkinson’s Life over the phone. “My question to Dr Burn and Parkinson’s UK is: ‘why aren’t you looking at alternatives to the pharmaceutical route?’

“Fifty to 60 years ago, levodopa was considered the drug of last resort. Today it is the drug of first resort. Nothing has changed for half a century, and most people feel shocked by the standard of care.”

“The amino acid therapy actually involves administering levodopa along with amino acids, which allows more levodopa to get to the brain,” he explained.

“There are too many people saying it works. I don’t know why they [Parkinson’s UK] are so dismissive. And if you have Parkinson’s, you’re inclined to try it, as we’ve got nothing to lose. And we need something now and not in 10 to 15 years time.

“I’ve just come across too many people in disastrous circumstances who are told they have no hope. But I’ve found loads of evidence to show you can live well with this condition.”

Potter rejected the suggestion he publishes misleading information on his site, and denied ever selling the amino acids.

Have you come across the Fight Parkinson’s website before? If so, what are you thoughts on the information it shares? Let us know in the comments below

We spoke to the founder of Parkinson’s Story Exchange