As a parent, you want them to do all the things everybody else does 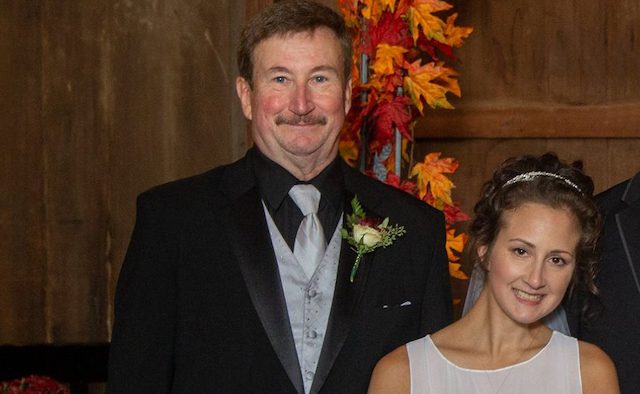 When Samantha Felder was diagnosed with Parkinson’s disease a decade ago, at the age of 21, she says it felt “like a slap in the face”. We find out how she navigated the condition with help from her father, Craig Barbian, how Parkinson’s has changed their relationship – and what keeps them hopeful

What were the first Parkinson’s symptoms you noticed?

Samantha: I was 17 when I started showing symptoms. I got freaked when I had tremors for the first time. Sitting in high school math, I looked at my paper and it was all scribble.

Craig: When she said her hand was shaking, we thought maybe she was dehydrated or it had something to do with her blood pressure. But then she started walking with her palms against her upper thigh, so her arms were not swinging. And she started shuffling. That’s when we knew something was wrong. We never thought of Parkinson’s – we thought that was something old people got.

Tell us about Samantha’s Parkinson’s diagnosis. How did you feel at the time?

Samantha: The doctor ordered a DaTscan and when the results came back, she actually called my parents and told them first. Then they were the ones to tell me.

As a 21-year-old you think, ‘I’m invincible. I can do anything’. It was like a slap in the face – a reality check.

I think the most difficult part was the isolation. I was a senior in college, so it’s not a cool thing to be diagnosed with. I became very good at hiding my symptoms from my classmates. On the last day of class, I shared that I had Parkinson’s, and people were crying.

Craig: What’s funny is I have no recollection of getting the call and telling Sam. I’m guessing it’s just like a black hole because I didn’t want to deal with that.

It’s hard to talk about. You feel guilty as a parent. You feel like, did we miss something years ago that could have prevented this? You ask a ton of ‘whys’. You want to say, this isn’t happening. But it is. So you get past that and ask, how do I deal with this? How do I help my child? 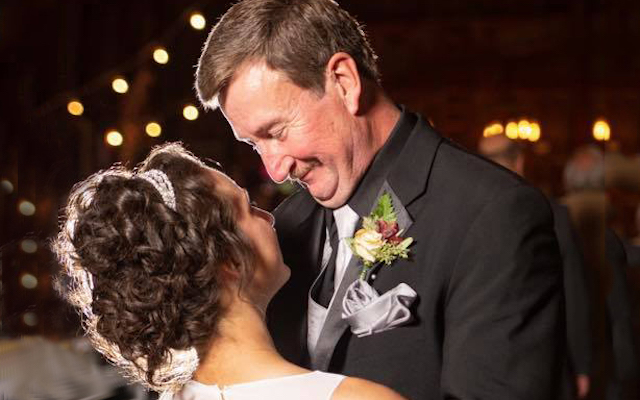 The father-daughter dance at Samantha’s wedding.

What have been the most challenging and the most rewarding aspects being a parent of someone with Parkinson’s?

Craig: One of the hardest things is to see Sam struggle with tasks. Writing can be tough for her. Cutting food can be tough. So sometimes I think she gets ticked off because I automatically say, “let me do that”. You want to be protective, but you don’t want to step in the way. And unfortunately, I probably step in the way more than I should.

Something happened around eight years ago. I’d just left a funeral and my phone rang and somebody said, “Is this Craig Barbian?” It was a policeman. “Do you have a daughter Samantha?” he asked. I thought she was dead. She had actually been double dosed – her prescriptions were mixed up and she was driving erratically. Thank God she didn’t hurt anybody or herself. Every time Sam drove, we were worried. As a parent, you want them to do all the things everybody else does.

The most rewarding part is probably getting involved in the Wisconsin Parkinson Association – meeting people that have been touched by the same thing that you have, and are committed to raising funds or doing whatever they can to help others that are suffering. 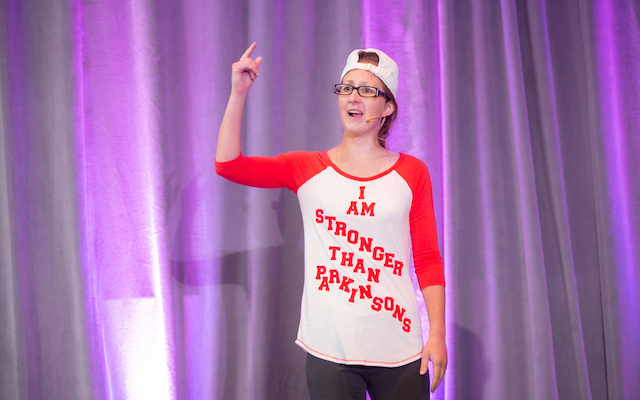 Samantha says young onset Parkinson’s is “not a death sentence”.

What are some of the most important ways that your father has supported you?

Samantha: My father is amazing with this whole thing. He was with me on my first trip to Washington DC, US, for a Michael J Fox Foundation event. We kind of made fun of it because people thought he was the one that has Parkinson’s, not me.

I couldn’t have done any of this without him. The father-daughter dance at my wedding was to a song that he wrote about me with Parkinson’s. My dad had no clue until the dance. That was something really special.

Craig: I wrote a song called ‘Why Not Me?’. Part of it’s based on guilt – you’re thinking that it should have been me. But it was also kind of a hopeful song; maybe this part of your life has changed, but that doesn’t mean the rest of your life is over. And I think that’s the hardest thing for Sam to realise, sometimes. The song helped me deal with my feelings as much as it was meant to help Sam deal with hers.

Do you have a message for others dealing with young onset Parkinson’s?

Samantha: Young onset is not a death sentence. Yes, some days are going to suck but you can live your life. It takes some adapting and hard work.

I always say we’re not scary, we’re normal people – we just shake a little more and move a little slower.

Craig: I will never accept it. I’m going to keep fighting. It may not happen in my lifetime, but I think if you look at some of the treatments that are coming out, they seem to be better and better. If I wasn’t 100% sure that at some point – there may not be necessarily a cure – but there’ll be a treatment that’s a hell of a lot more effective than what they have now, I couldn’t keep doing this.

Samantha Felder was diagnosed with young onset Parkinson’s disease in 2011, at the age of 21. She lives in Florida, US, with her husband, Derek, and their puppy. She writes regular columns about her experience of Parkinson’s.

Her father Craig Barbian is 66 and lives in Wisconsin, US, with his wife and Samantha’s mother, Darlene. He retired from a role in finance four years ago and now works part-time as a bus driver, taking senior citizens on trips. He is also a board member and committee chair at the Wisconsin Parkinson Association (WPA).

Together, Samantha and Craig created an annual fundraiser called ‘Sam’s GDPD Open and Punt Parkinson’s with the Pack’ to support the Parkinson’s community. To date, they have raised more than US $50,000 for the WPA.

As a parent, you want them to do all the things everybody else does