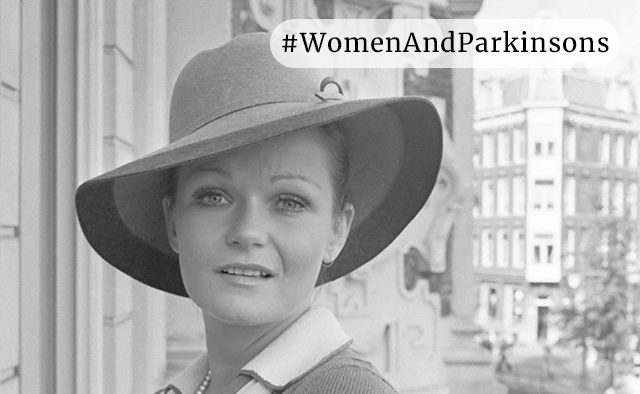 Most people can name at least one famous man with Parkinson’s, but can you name a famous woman? As part of our Women and Parkinson’s campaign, we highlight some of the women in the public eye who have lived with the condition, from the actress Valerie Perrine – who played a showgirl in ‘Diamonds Are Forever’ and a villain’s moll in ‘Superman’ – to US singer-songwriter, and friend of Dolly Parton, Linda Ronstadt

The seventies silver screen icon Valerie Perrine (pictured above) launched her career with a role as a Las Vegas showgirl in ‘Diamonds Are Forever’ (1971). She went on to star alongside some of the most celebrated actors of the time, including Dustin Hoffman, Jack Nicholson, Robert Redford and Christopher Reeve in the original ‘Superman’ film in 1978.

Now retired, she was diagnosed with Parkinson’s in 2015 and has since undergone deep brain stimulation (DBS) surgery to try and reverse the effects of her tremor. A campaign, started on US crowdfunding site Indiegogo, saw fans try to fund a documentary about Valerie’s life, her hugely successful career, and her ongoing battle with Parkinson’s.

US photojournalist Margaret Bourke-White witnessed many important moments in the 20th century. One of the first four photographers hired by ‘Life’ magazine, her images recorded Soviet industry, the Great Depression and the liberation of Buchenwald concentration camp. She also took the last photos of Mahatma Gandhi in 1948 – just before his assassination.

Bourke-White was diagnosed with Parkinson’s in the mid-1950s. An article published in ‘Life’, titled ‘Famous Lady’s Indomitable Fight’ (1959), detailed the challenges she faced as a result of the condition and her experiences of treatment, which included a now-discarded operation called a ‘chemothalamectomy’. She died, aged 67, in 1971.

The Scottish-born star of classic cinema was best known for her roles in ‘The King and I’ (1956) and ‘An Affair to Remember’ (1957), co-starring Hollywood legend Cary Grant. Nominated for six Academy Awards, and winning two Golden Globe Awards, the star was diagnosed with Parkinson’s which she lived with until her death in 2007, aged 86.

Canadian rock singer Martha Johnson, best known as the lead vocalist in eighties new-wave band, Martha and the Muffins, was diagnosed with Parkinson’s in 2001 at the age of 51. She continues to perform while raising funds for the condition – with a portion of the proceeds from her 2013 album ‘Solo One’ going towards the Michael J Fox Foundation. She regularly attends Rock Steady Boxing classes, and has supported the organisation through fundraising.

The 10-time Grammy Award winning US singer-songwriter, Linda Ronstadt, was diagnosed with Parkinson’s aged 66 shortly after retiring from music. The seventies star, whose top hits include ‘You’re No Good’ and ‘Blue Bayou’ has spoken candidly about how the development of Parkinson’s has robbed her of her voice but maintains that, “In my imagination, I can still sing”. A new documentary, titled ‘Linda Ronstadt: The Sound of My Voice’, released in September 2019 explores her life, work and friendships with fellow musicians including Dolly Parton.

English jazz saxophonist and composer Barbara Thompson, who was awarded an MBE for services to music, has worked closely with composer Andrew Lloyd Webber on shows including ‘Cats’ and ‘Starlight Express’. Having been diagnosed with Parkinson’s in 1997, the musician was forced to retire from music for a short period before returning to the stage in 2003.

Commenting on her Parkinson’s in a blog post, she said: “I decided earlier on that the only way to cope as not to make it the main point of my life, but treat it as an unwelcome visitor.”

Despite being diagnosed with young onset Parkinson’s in 2013, US glam rock singer-songwriter, actress and screenwriter Cait Brennan went on to release her critically acclaimed debut album ‘Debutante’ three short years later. While she undergoes intensive voice therapy to protect her voice and her ability to perform, she has said that when performing live on stage, she feels “absolutely free from any kind of discomfort or physical limitation”.