Eyes could indicate onset of Parkinson’s 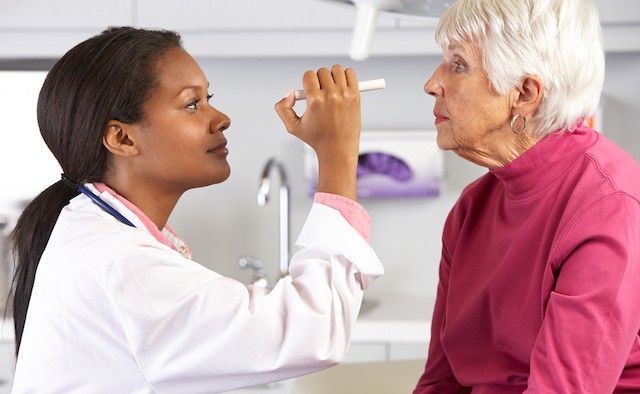 Researchers at the Boramae Medical Center, Seoul, South Korea claim to have found a link between eyes and the onset of Parkinson’s.

The study – published in medical journal ‘Neurology’ – examined 49 people with Parkinson’s with an average age of 69. The participants had all been diagnosed with the condition in the past two years and had not started treatment. In addition, the researchers also studied 54 people in the same age group who did not have the condition.

From their tests, researchers found retina thinning in those living with Parkinson’s. This thinning corresponded with the loss of dopamine-producing brain cells.

Jee-Young Lee, the author of the study, said: “We found the thinner the retina, the greater the severity of the disease.

“These discoveries may mean that neurologists may eventually be able to use a simple eye scan to detect Parkinson’s disease in its earliest stages.”

Who, What, When and Where of Parkinson’s diagnosis: MJFF free webinar

Recognising and rewarding the work of carers via mobile platform