An appendectomy decreases the risk of developing Parkinson’s as well as delaying its onset. 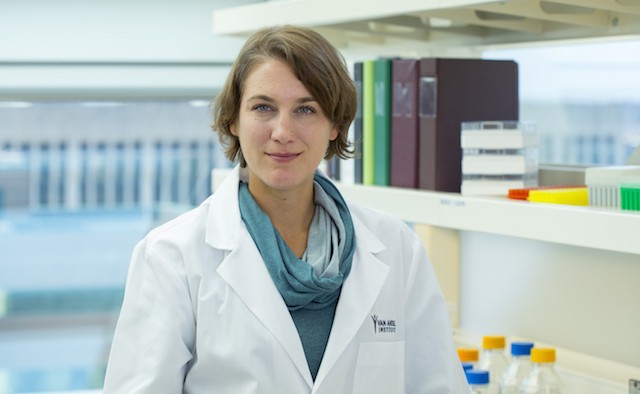 Dr Viviane Labrie is a neuroscientist at the Van Andel Institute, Michigan, US, and lead author of a study which found that removing the appendix can lower the risk of developing Parkinson’s by nearly 20%.

She discusses the complex relationship between the appendix and Parkinson’s, how environmental factors can contribute to the condition, and her plans for future studies

Tell us a bit about your role at the Van Andel Institute.

I’m a neuroscientist and the department I work in specialises in Parkinson’s disease. We’re trying to understand what triggers Parkinson’s as well as trying to develop treatments for it.

Why did you decide to target the appendix as an area of study?

An appendectomy (surgical removal of the appendix) is very common, and so has popularised the idea that the appendix is useless. But, the appendix is not useless, it has two functions. It provides an immune response and it regulates bacteria – and gut bacteria has already been linked to Parkinson’s.

We wanted to ask the question: if you remove the appendix, does this alter the risk of developing Parkinson’s?

Can you talk us through the study?

The study took place over the course of two years and we looked at two patient medical record databases. The first was in Sweden and is one of the largest of its kind. We studied the records of 1.6 million individuals and, lo and behold, we found that an appendectomy decreased the risk of developing Parkinson’s by nearly 20%. We were pretty impressed.

We then went on to discover that the protective risk of an appendectomy was bumped up to 25% when patients lived in rural areas. One explanation for this is that the use of pesticides has been known to place people at more of a risk of developing Parkinson’s – and in rural areas they would certainly be used more. This suggests that Parkinson’s does actually have an environmental component to it.

We looked at a second data base – Parkinson’s Progressive Marker Initiative – a worldwide study that looks at a group of Parkinson’s patients. We found that people who had an appendectomy on average had a three-and-a-half-year delay in the onset of Parkinson’s symptoms – which means they get almost four years of not developing the condition.

So, an appendectomy decreases the risk of developing Parkinson’s as well as delaying its onset.

What else did you find?

This protein is fine if it’s in the appendix, but if the seeds escape and travel to the brain it can cause Parkinson’s.

What do you hope to do with the information you’ve found?

We want to try and understand why some people develop Parkinson’s disease and some don’t, since we’re all born with an appendix. Then we could be in a good place to start developing gastrointestinal tract-based Parkinson’s therapies.

Would you advise people to go and have their appendix removed?

People ask me that a lot and my answer is absolutely not! When it comes to Parkinson’s disease, we haven’t fully investigated all the gastrointestinal tracts yet.

An appendectomy decreases the risk of developing Parkinson’s as well as delaying its onset.