From the beginning it was clear to me that Parkinson’s wasn’t a disease, but something that was part of my life

Even the world on your back doorstep is wonderful 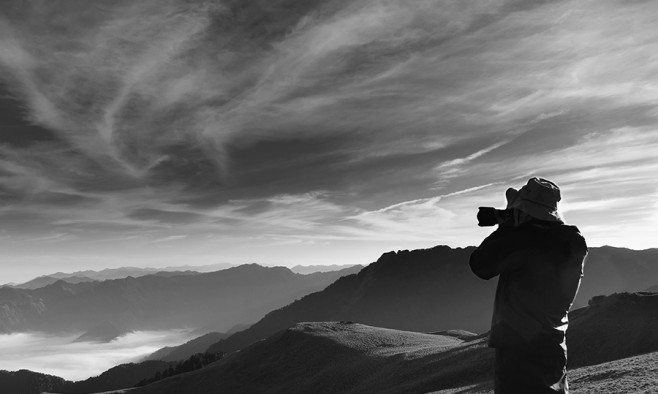 Being diagnosed with Parkinson’s disease may change your outlook on life profoundly, but the key is to view what you have through a positive lens, says photographer Bruce

Photographs are images of desire. And desire – the desire to capture a moment, an instant – is what motivates me when I leave the house with all my gear. And the desire is associated with nature, with my finding myself in the middle of the countryside. I take pictures of landscapes; I love photographing storms; but best of all are the birds, my favourite subject. Now I’ve got time on my hands…

My name is Bruce and I live a few kilometres outside Zurich with my wife. I’m 42 and I’ve had Parkinson’s for nearly nine years. Up until a couple of years ago I was the chief marketing manager for an orthopaedic accessories company – prostheses in other words, for the knee, hip and shoulder.

As often occurs, the whole thing started off with something pretty insignificant. I’ve always brushed my teeth with quick up and down movements (we all have our little habits, right?), and one day I couldn’t stop brushing. Quite often, in the evening, my right hand wouldn’t stop trembling. And then this started going on for a whole day. At that time I’d just finished my Masters in Business Administration and I was working full time. It’s funny, but the trembling started the very day I finished my Masters, and I thought it was probably due to the release of tension as the whole thing came to a close. We went on holiday for three weeks, and I thought things would’ve gone back to normal, what with relaxing and everything. But…

After seven weeks I went to see the doctor, and he told me to go and see a neurologist. I did a whole series of tests, like the DAT-Scan and the MRI, and I got a second opinion. Five months later the diagnosis arrived.

Everything considered, I didn’t react too badly. I didn’t get depressed and I wasn’t afraid. From the beginning it was clear to me that Parkinson’s wasn’t a disease, but something that was part of my life.

The symptoms are part of me. I wouldn’t be ‘me’ without them, so I don’t worry. Let’s be frank: I wouldn’t be able to change things anyway, and it would be absurd of me to imagine a ‘healthy me’ now. People get old, they get sick and they develop all kinds of disabilities. That’s life.

My wife, on the other hand, was afraid. During the time we were waiting for the diagnosis she searched for evidence that would help to contradict the gloomiest of outlooks, but the opposite invariably occurred. The rug had been pulled from under her feet, and it turned out I was the one providing strength and support!

“The symptoms are part of me. I wouldn’t be ‘me’ without them, so I don’t worry”

Some of my friends took it badly, surprised that a man of just 34 had been diagnosed with such an illness. I told them: look, I’m the same man as before. I haven’t changed! I’ve never experienced any kind of crisis, everything is running smoothly. And I try to be punctual when taking tablets with my food. The clock is very important, it’s almost a cure in itself: most of my medicine only begins to take effect after I’ve eaten. That’s why I don’t touch any food for an hour before taking my medicine and for half an hour afterwards. But then I have to eat! I trust my feelings and maintain solid contact with my body. And I don’t make mistakes like: Oh! I need to relax more… and off we go with some extra pills! Calm and relaxation are essential: it’s quite stressful when you have to do something quickly, because at that point the drugs suddenly seem to lose their effect, and are useless for the rest of the day!

Today I’m feeling really good. And I’m not joking. I consider what Parkinson’s has given me in exchange: in the past I used to slave away and didn’t have any time to do what I liked. I was always struggling to figure out the work-life balance. Two and a half years ago I was able to retire from the scene, a full 25 years before my natural mandate ran out, and I obtained the most precious thing of all: time! What I’m saying is: look at what Parkinson’s gives you, not what it takes away. In my case I was able to dedicate myself to photography. And if someone said I could have an extra hour to add to the time I’ve already gained, I’d pass it outside, along the river bank, taking even more photos.

Of course, I can’t ride my motorbike like I used to any more. But you know how it is: if your hand trembles uncontrollably on the accelerator, perhaps it’s not such a good idea! I do miss the buzz I got out of racing my motorbike down the road, there’s nothing that can quite substitute that. Even though… when I set up my camera on the tripod and I stand there focusing on the buzzard, like the one before me now – so princely, in harmony with its surroundings, so handsome and proud of its independence. Not an easy emotion to describe. And the eagle? The falcon? The owl and the woodpecker? There are so many things to know and see right on your back doorstep!

“Look at what Parkinson’s gives you, not what it takes away”

I spend at least three months a year travelling around Switzerland and other places taking photos. I go out into the country every day to take photos, and then I organise presentations with the help of Parkinson’s support groups and send off images to a Swiss newsletter that’s distributed among patients and their families, complete with helpful information.

In a certain sense Parkinson’s is a high-minded kind of illness because you can’t influence its progression for better or worse. What I mean is, you can’t really impact it one way or another. For now, only the right side of my body has been affected by trembling (the foot, leg, arm and hand). If the left side were to start trembling too, I’d no longer have the ‘friend’ to lend a helping hand. But I don’t think too far ahead, I just enjoy the moment for what it is. I don’t feel afraid. Fear is like a golf ball, something I smash from one part of the course to another, hole after hole.

After half an hour hanging around, half an hour well worth the wait, truly unrepeatable, here’s the buzzard in all its glory, perched atop a branch, upright, erect, like a proud warrior: it turns its head slightly and then bows downwards as if it’s about to dive down from a rock. And its black, lacklustre eyes are so expressive. 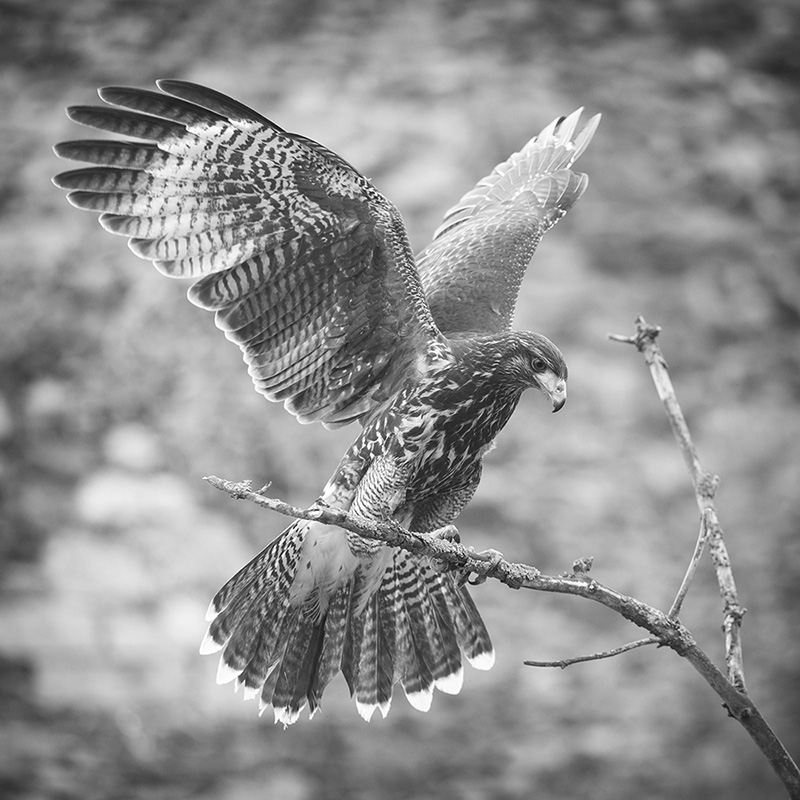 Next weekend we’re holding an exhibition together with other local artists. My wish is that my buzzard manages to tell the tale of its extraordinary expressiveness.

This story originally appeared in the 1HourMore e-book developed by Zambon and Parkinson’s Europe, which is available here. The name ‘Bruce’ is fictional to preserve the author’s anonymity

Zambon is a leading international pharmaceutical company, based in Italy. It has earned a strong reputation over the years for high-quality products and services in different therapeutic areas. Most recently, Zambon has applied its knowledge and expertise to treatments for the central nervous system – particularly improving the lives of people with Parkinson’s disease.

Supporting ongoing patient care is another key element of Zambon’s philosophy; as a result, the company chose to sponsor the ‘1HourMore’ book project, which shares inspiring life stories between patients, caregivers and healthcare professionals. For more information, please visit www.1hourmore.eu and www.zambongroup.com.

From the beginning it was clear to me that Parkinson’s wasn’t a disease, but something that was part of my life

Hear from the artists and designers raising money for Parkinson’s