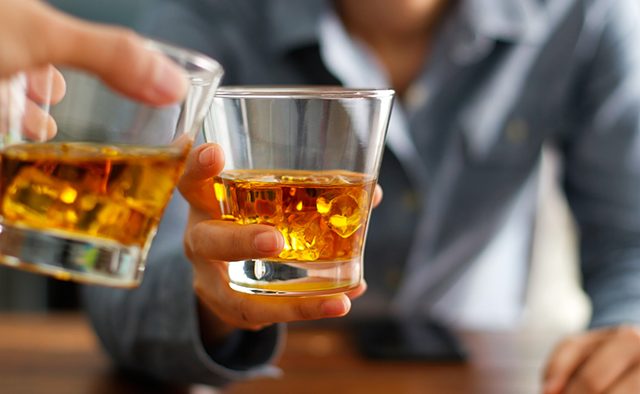 Drinking moderate amounts of alcohol each week may be linked to cognitive decline associated with Parkinson’s and other neurodegenerative conditions, according to a new study

Led by researchers at the University of Oxford, UK, a new study has investigated data from over 20,000 primarily “moderate drinkers” and found that consuming more than seven units of alcohol per week could lead to higher iron levels in the brain.

This accumulation in the brain has also been associated with the development of neurodegenerative conditions like Parkinson’s.

As part of their study, the researchers examined data from the UK Biobank – a large database that contains genetic information of approximately 500,000 people in Great Britain, recruited from 2006 to 2010.

The team carried out MRI scans of participants’ brains around 10 years after the start of the study. In addition, approximately 7,000 members of the group also underwent MRI scans of their livers. The scans helped to identify levels of iron in the body. Cognitive tests were also carried out at the start of the study, followed by an online assessment approximately six years later.

The results revealed that consumption of more than seven units of alcohol per week was associated with higher iron levels in parts of the brain linked to movement, problem-solving and emotional regulation. Among the participants, men who drank more than 11 units of alcohol per week and women who drank more than 17 units per week had significantly higher systemic iron levels, suggesting that alcohol consumption causes iron to accumulate everywhere in the body.

Implications for the population

According to the study authors, the findings suggest that moderate drinking – prevalent in the UK population – may be linked with the development of neurodegenerative conditions like Parkinson’s.

Study co-author Klaus Ebmeier, a professor in the University of Oxford’s Department of Psychiatry, said this was just one of a series of studies suggesting that “even ‘normal’ drinking comes with a risk of faster ageing and impaired mental and physical brain health”.

He added: “All who consume alcohol need to balance this against their potential enjoyment of having a drink.”