The EPA is taking an overdue step to protect public health 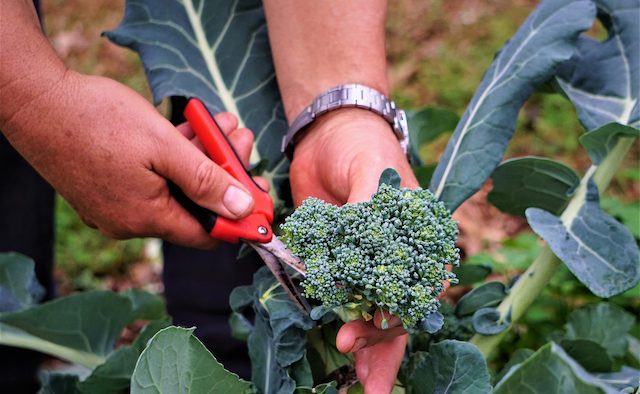 Chlorpyrifos, a pesticide linked to the onset of Parkinson’s and other neurological conditions, has been banned in the US. We take a closer look at what this means for the Parkinson’s community – and the campaigners that pushed for the decision

The rise of Parkinson’s disease has long been linked to environmental factors, including air pollution and the use of certain pesticides. Now, one chemical associated with an increased risk of the condition has been banned for agricultural use by the US’s Environmental Protection Agency (EPA) – reversing a Trump-era decision to keep the chemical in use.

The pesticide chlorpyrifos has been used on farms since 1965, sprayed across crops to protect against worms and insects by inhibiting certain enzyme reactions in the pests. Its use has been linked to developmental problems and neural damage – and a 2019 study found that exposure to the chemical induced Parkinson’s symptoms in mice.

For years, environmental groups, health advocates, and groups representing farm workers have sought a ban on the chemical due to concerns about the potentially negative health effects on those exposed to it, particularly children. Among these campaigners have been members of the Parkinson’s community.

Campaigning against a growing risk of Parkinson’s

Responding to world’s fastest growing neurological disorder in 2020, notable Parkinson’s disease experts, including Dr Ray Dorsey and Dr Bastiaan Bloem, collaborated to produce the book ‘Ending Parkinson’s Disease: A Prescription for Action’ – which called for a ban of certain chemicals associated with the condition.

“Many pesticides are nerve toxins,” said co-author Dr Dorsey in an interview with Parkinson’s Life last year, “targeting the parts of cells that are known to be damaged in Parkinson’s. When you give some of these pesticides to mice and rats, they get Parkinson’s.”

As part of their ongoing efforts to drive change for the Parkinson’s community, the group started the ‘Red Card’ campaign to pressure US politicians to “turn the tide of Parkinson’s” – encouraging people to send a widely circulated letter to the US president. Thousands of letters were sent over the course of the campaign.

Following the news of the chlorpyrifos ban this month, the team wrote: “We did it! We rallied together and sent over 30,000 Red Cards to the White House.”

While the ban on chlorpyrifos marks a positive step for the Parkinson’s community, the chemical had already been banned from household use in the US in 2000. Since January 2020, the chemical has been outlawed in the EU – and it is already on the prohibited list of Canada and many US states.

Projected to eliminate more than 90% of chlorpyrifos use in the US, the new ban will take effect in six months.

“The EPA is taking an overdue step to protect public health,” said EPA administrator Michael S Regan in a statement. “Ending the use of chlorpyrifos on food will help to ensure children, farmworkers and all people are protected from the potentially dangerous consequences of this pesticide.”

Teresa Romero, president of the United Farm Workers labour union, said the group was “relieved that farmworkers and their families will no longer have to worry about the myriad of ways this pesticide could impact their lives”.

The ban also places a spotlight on the role of campaigning in the Parkinson’s community – and raising awareness of potential risk factors around the world.

“The best way to change the course of Parkinson’s is activism from those most affected,” said Dr Dorsey. “A March of Dimes changed the course of polio, activism prevented millions of us from being infected with HIV, and ribbons have raised awareness for breast cancer. We need to end the silence on Parkinson’s.”

Many pesticides, such as paraquat and TCE, could increase the risk of Parkinson’s. To find out more about Parkinson’s and environmental factors, please visit the EPDA website.

The EPA is taking an overdue step to protect public health

Pesticides could cause Parkinson’s, research finds