I believe that it is very important for the patients, when possible, to take time to learn more about the different classes of medications that are available for Parkinson’s and how they work 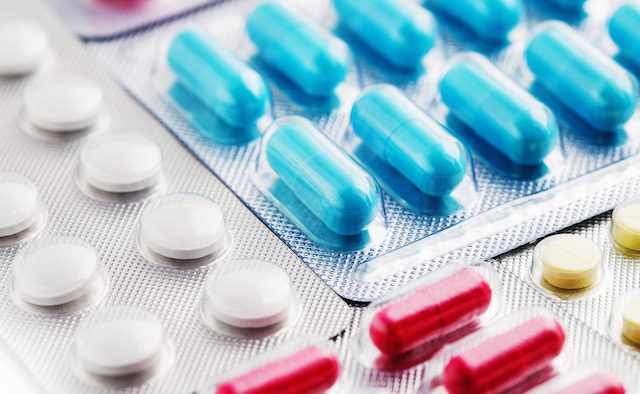 Dopamine agonists are often prescribed to treat Parkinson’s – but how much do you know about them? Our introductory guide answers common questions about the medication, with expert insights from Professor Nicola Pavese

What is a dopamine agonist and how does it work?

Dopamine agonists are a type of medication often used to treat Parkinson’s. Dopamine agonists mimic the action of dopamine – a type of neurotransmitter (a chemical which sends messages across the body) that coordinates movement. It is also linked to other factors, such as motivation, addiction, attention, sleep and heart rate.

In Parkinson’s, the nerve cells that form dopamine die, leading to symptoms which can include tremor, rigidity, tiredness, depression and pain.

Dopamine agonists bind to the receptors on nerve cells that detect natural dopamine, so can help to treat symptoms of the condition.

Nicola Pavese, professor of clinical neuroscience and consultant neurologist at Newcastle University, UK, says: “Unfortunately, we cannot use dopamine itself as a drug because, due to its chemical characteristics, it would not cross the defensive barrier between the blood and the brain, and therefore would not reach the neurons (the brain cells) where it is needed.

“Dopamine agonists are molecules that have a chemical structure and pharmacological action similar to dopamine but have the advantage of easily crossing the blood-brain barrier and act directly on the sites of action of dopamine (dopamine receptors). They are therefore used to replace the missing dopamine in the brains of people living with Parkinson’s.”

Pavese says: “Dopamine agonists are very effective but somehow less effective than levodopa medication (for example Sinemet and Madopar), which is the precursor of dopamine and, once it has crossed the blood-brain barrier and been taken up by the neurons, is converted into dopamine itself.

“Therefore dopamine agonists can be used in the early stage of the disease as the main treatment (monotherapy) to control mild to moderate symptoms of the disease, or later on in more advanced stages, as an adjunct (supplementary) therapy to levodopa, to keep the doses of levodopa low and try to mitigate some of the motor complications that occur in these patients, such as ‘off’ periods.

“Apomorphine, for example, is a powerful dopamine agonist that can be injected subcutaneously (under the skin) to promptly improve sudden ‘off’ periods or early morning dystonia.”

What are the side effects of dopamine agonists?

Dopamine agonists are associated with a number of side effects. Often these affect older patients, over the age of 65. These can include sleepiness, constipation, nausea and headaches, hallucinations and heart disease. Higher doses are associated with impulse control disorders.

“The side effects of currently available dopamine agonists are generally mild and very similar to those caused by levodopa preparations,” says Pavese. “Compared to levodopa, there is a slighter higher risk to develop excessive daytime sleepiness, impulse control disorders, and, especially in elderly patients, hallucinations and psychosis. These side effects can be slightly different among the different types of dopamine agonists.

“In these cases, the reduction of doses or the progressive weaning off of the implicated dopamine agonist improves the symptoms. Re-adjustments with possible increases in the doses of levodopa are then possibly required.”

Are there different types of dopamine agonists?

The two main forms of dopamine agonists are ergot and non-ergot agonists. As ergot forms are associated with the risk of heart damage, doctors tend to prescribe newer non-ergot types of medication.

There are several different kinds of dopamine agonists that people with Parkinson’s may be prescribed.

These include apomorphine, ropinirole and pramipexole. Some forms also have branded names.

Patient Information Leaflets and the Summary of Product Characteristics can tell you more about individual types of dopamine agonists.

Dopamine agonists can be administered in different ways – orally, transdermal (through a patch) and subcutaneously (injected).

Pavese says that different patients may be prescribed different forms of the medication: “Oral or transdermal dopamine agonists are generally prescribed to younger patients in the early stages of the disease with mild to moderate symptoms, or to more established patients as an adjunct to levodopa preparations to provide a better control of motor symptoms without significantly increase the doses of the former.

“In these cases, the advantage of dopamine agonists is that they are all available in long-acting preparations that can be taken once a day. In more advanced patients with motor fluctuations, apomorphine is administered through a subcutaneous pump that provides a continuous delivery of the drug during the day and a better control of the motor symptoms.”

You can read an overview of the types of dopamine agonists, and associated brand names here.

I’ve just been prescribed a dopamine agonist. What should I be aware of?

“It is very important to mention the slightly higher risk of developing impulse control disorders, particularly pathological gambling, compulsive shopping, and hypersexuality as these could have important financial and social repercussions,” says Pavese.

“The possible occurrence of excessive daytime sleepiness and sudden sleep attacks should also be discussed, particularly with regards to driving.

“I believe that it is very important for the patients, when possible, to take time to learn more about the different classes of medications that are available for Parkinson’s and how they work so that they can participate in a discussion with their physicians and nurse specialists to choose the best treatment for their specific needs.”

How could the use of the medication change or evolve in the future?

Pavese says that in the future there could be greater potential to personalise Parkinson’s treatments based on the needs of individual patients.

In terms of dopamine agonists, “improved molecules with properties and activities closer to those of dopamine itself could lead to better clinical improvements with less side-effects.”

He adds: “Pharmacological research is very active in this field, and a number of clinical trials with new promising medications for Parkinson’s are currently ongoing. Participations in these trials might not bring a direct benefit to individual participants but might help the development of new effective treatments for the disease. I therefore encourage patients to consider the possibility to take part in these clinical trials, if available to them.”

Professor Nicola Pavese studied at Pisa University, Italy, and Imperial College London, UK. He is currently a professor of clinical neuroscience and the director of the Clinical Ageing Research Unit at Newcastle University, UK, and is consultant neurologist at Newcastle upon Tyne Hospitals NHS Foundation Trust. His research focuses on neuroimaging in neurodegenerative conditions.

Dopamine agonists are Parkinson’s medications used to treat symptoms of the condition. There are several different kinds of dopamine agonists and they can be administered in different ways. Dopamine agonists have been associated with side effects, including sleepiness, nausea and headaches, hallucinations and impulse control disorders.

To find out more about dopamine agonists and other Parkinson’s treatments, please visit the Parkinson’s Europe website here.

I believe that it is very important for the patients, when possible, to take time to learn more about the different classes of medications that are available for Parkinson’s and how they work