Does Bill Clinton have Parkinson’s disease? 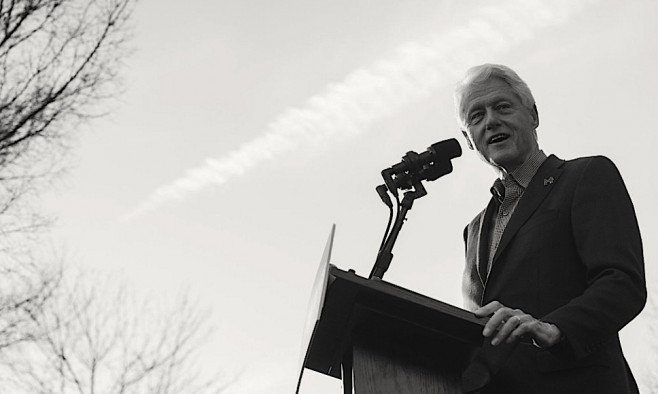 Fresh concerns were raised over the health of Bill Clinton this week after he displayed signs of a tremor during a televised speech at the Democratic National Convention. Many viewers noticed his hands visibly shaking, reigniting fears that he has Parkinson’s disease

Footage of Bill Clinton’s speech at the Democratic National Convention shows his left hand shaking, reigniting fears that he may have Parkinson’s disease.

The tremor, which appeared as he spoke in support of his wife Hillary Clinton’s bid for presidency, fuelled speculation that he was displaying a classic symptom of Parkinson’s.

In the aftermath of the high-profile speech, commentators took to Twitter to express their concern:

Did anyone else notice Bill Clinton's hand shaking ? Has he been diagnosed with something? #DNCinPHL

He's older, health problems, did you see his hands shaking? Bill Clinton was amazing tonight. It was historical. @chrislhayes

Bill Clinton is not well…did you notice his hand shaking uncontrollably during his speech. #DemsInPhilly

The former President, 69, has opened up to the press about his tremor before.

“I have a condition that sometimes you get with ageing,” Clinton told reporters in 2013. “You may have noticed it; my hand has a little tremor when I’m tired and a lot of people do when they’re older.”

Clinton also revealed his initial worry that the tremor could be related to Parkinson’s disease.

“The first time it happened, I had to go get myself checked to make sure I didn’t have Parkinson’s.”

He was “so relieved” to find out he did not have Parkinson’s that he “didn’t care how much it shook after that.”

Reacting to the latest footage, one medical expert dispelled the notion that Clinton has Parkinson’s disease.

Writing in the Epic Times, Dr Daliah Wachs stated that the former President’s tremor “does not seem to be characteristic of Parkinson’s”.

She added: “A Parkinson’s tremor appears to be a ‘pill rolling’ tremor where the finger and hand move rhythmically as if one is playing with a pill … an individual with Parkinson’s demonstrates more rigidity, changes in gait, and changes in speech. Bill Clinton’s movements were very fluid.”