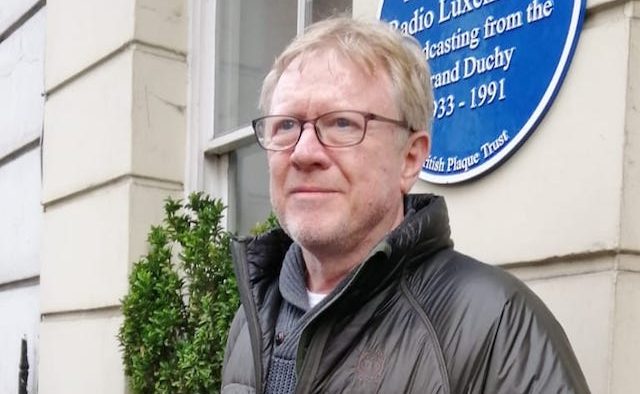 David ‘Kid’ Jensen, the former Radio 1 DJ, reveals that he was warned by a neurologist to keep his Parkinson’s a secret – and shares why he ignored the advice

David ‘Kid’ Jensen, a UK-based radio DJ who was diagnosed with Parkinson’s in 2013, has revealed that his neurologist told him to keep his condition a secret, even from his family, saying “don’t tell anybody that you have it”.

In an interview with UK news website ‘Express.co.uk‘, Jensen said his neurologist advised, “Don’t tell your wife, your family, your best friend. Nobody.

“You’ll go through life with people always asking how you are all the time.”

The former Top of the Pops presenter said he was surprised by this reaction from his doctor: “I was thinking, I quite like that. I like people asking after me.

“It’s never a chore. In fact, people with Parkinson’s themselves can see if you have similar symptoms to them and come up to me and ask me about it.”

Jensen added that his doctor also told him that Parkinson’s was “the best option” when compared to multiple sclerosis and motor neurone disease.

Spreading the word about Parkinson’s

Jensen – who shared his Parkinson’s diagnosis with the public in 2018 – told UK TV programme ITV News: “As I go through this period of uncertainty it’s important for me to get out there and spread the word about Parkinson’s and let people know about the disease.

Since his diagnosis, Jensen has raised awareness of the condition and shared messages of support with others living with the condition.

Following Ozzy Osbourne’s Parkinson’s diagnosis in January this year, Jensen advised the Black Sabbath singer to get “a good, kind and sympathetic neurologist, and he will then have a winning partnership to fight Parkinson’s”, and said that “positivity is key” to dealing with the condition.

The late UK entertainer faced diagnosis with an “upbeat” attitude

The US actor shares his experience of diagnosis