We are inspired by Diana Levine’s creativity in hosting an uplifting night that showcases personal stories of Parkinson's through the lens of families who are navigating the disease and draws attention to the urgent need of a cure for the millions who currently live with Parkinson's worldwide. 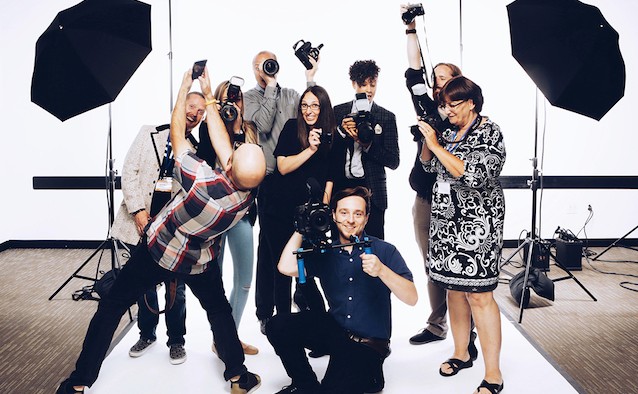 Diana Levine, a Parkinson’s campaigner and photographer who has snapped Barack Obama, Kim Kardashian and One Direction, recently hosted a fundraising event, Photo Shoot for a Cure, in Boston, US. She told us about her mother’s Parkinson’s diagnosis and how common misconceptions about the condition upset her

“I’d heard about Michael J. Fox and Muhammad Ali, and I knew there was a tremor, but I wasn’t knowledgeable about the full range of symptoms before my Mum was diagnosed,” says photographer Diana Levine of her mother’s Parkinson’s diagnosis.

Diana’s mother was diagnosed with young-onset Parkinson’s 12 years ago, at the age of 47. Initially, Diana and her family didn’t know where to turn. It wasn’t until Diana’s mother visited her in New York, shortly after diagnosis, that the family realised how much help was available.

Diana explains: “I was studying in Manhattan at the time, and as part of my assignment I had to photograph a large event.” By sheer coincidence, the city was that weekend playing host to the Parkinson’s Unity Walk, an annual event that aims to raise awareness of the condition among New Yorkers. “That day had a big impact on us both,” Diana said. “I had never expected it to be so busy. I think attending that walk helped my mother reach an acceptance that she had Parkinson’s.” 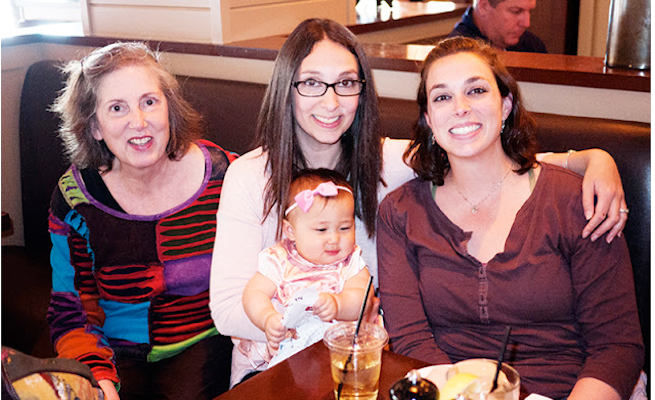 Diana with her mother

After studying, Diana stayed in New York to pursue her photography career, a decision she was encouraged to take by her mother: “I think I’ve got a great job and I will always be so grateful to my mum for that. Despite living with Parkinson’s in Boston, she insisted that I follow my own path.” Diana went on to achieve great success in her field, working with high-profile people including Barack Obama, Kim Kardashian and musicians Usher and One Direction.

Two years ago, Diana decided to move her family to Boston. It was then that she started to consider how she could better educate people about Parkinson’s.  She says: “What really upsets me is when I see people judging my mother in public. I’ve seen people get frustrated because she isn’t walking quick enough. I think if we can raise more awareness, then people will be more sympathetic to those with the condition.”

To this end, Diana launched Photo Shoot for a Cure, an annual photography and cocktail party fundraising event that has raised an impressive $44,000 in two years. All money raised goes to the Michael J Fox Foundation: “I love the fact that with Team Fox 100% of the proceeds goes towards Parkinson’s research. It’s an amazing feeling.” 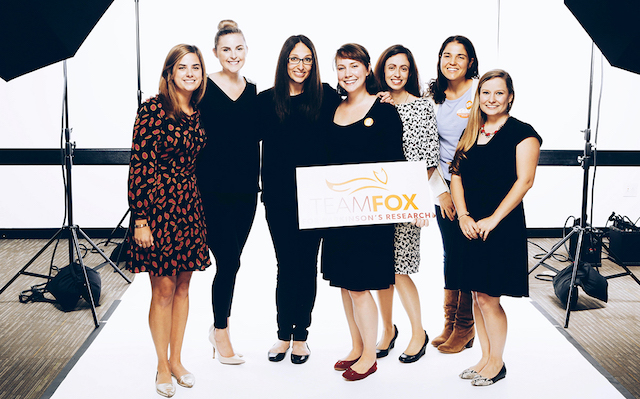 Diana having her picture taken with fundraisers

At this year’s event, held on 9 September, guests were invited to enjoy food and drinks while having professional photos taken. The night also featured an art exhibition, silent auction and speeches from influential speakers within the Parkinson’s community.

Diana was overwhelmed by the support she received: “It took a lot of hard work and we were delighted to have so much help. We had professionals offering their services in makeup and photography, and even had artists donate their work for the auction.”

Following the success of this year’s event, Team Fox officer Axi Walker said: “We are inspired by Diana Levine’s creativity in hosting an uplifting night that showcases personal stories of Parkinson’s through the lens of families who are navigating the disease and draws attention to the urgent need of a cure for the millions who currently live with Parkinson’s worldwide.”

For Diana, the night revealed how many people have a connection to Parkinson’s: “Since being open about my situation I have realised how many others have similar experiences. It is a condition that affects millions of individuals, and then millions more of their family members.”

To donate to Photo Shoot for a Cure, visit the fundraising page

We are inspired by Diana Levine’s creativity in hosting an uplifting night that showcases personal stories of Parkinson's through the lens of families who are navigating the disease and draws attention to the urgent need of a cure for the millions who currently live with Parkinson's worldwide.