“Friendships are more powerful than any border” 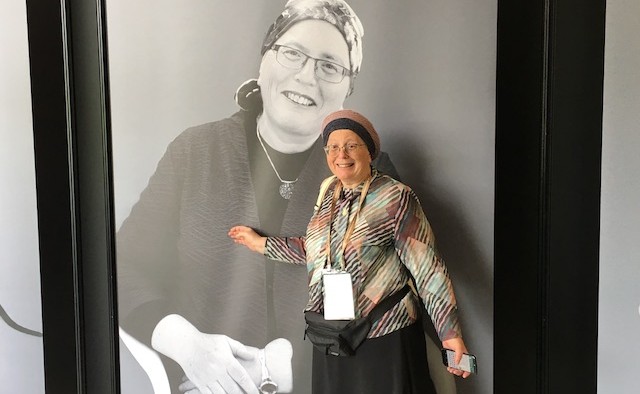 In the fourth in our series on this year’s World Parkinson Congress in Kyoto, Japan, we hear from Debbie Shapiro, the Israel-based blogger and founder of Parkinson’s support group ‘Tikvah for Parkinson’s’.

She shares her diary from the four-day event, discussing everything from networking with fellow campaigners to being “hugged by the entire Parkinson’s community”

What a day. The highlight for me was watching Parkinson’s choir perform on stage. There’s 60 members from around the world. I couldn’t believe that the only way they could rehearse all together was online! When they started singing the lyrics, “I will fall down, but I will stand back up”, I burst into tears. The words are so meaningful to people with Parkinson’s. Yes, we fall down and yes, we face so many challenges – but we can get up and we can continue.

I finished the day feeling exhausted but very full of hope, love and gratitude to be part of such a supportive community.

Today I attended a talk on Parkinson’s and speech and learnt a lot about therapeutic techniques that are bound to help me, as well as the people who come to the Tikvah Parkinson’s wellness centre that I run.

I also joined a dance class with David Leventhal – the director of Dance for PD. I’ve been to his classes before and, as always, I found it extremely moving. At the end of the class we stood up and passed around an invisible ‘gift’. It was the gift of strength. It felt like I was being hugged by the entire Parkinson’s community in that moment.

Later, I went to the movement-cognition-voice class. I found it challenging both physically and mentally, but it was so much fun. I find it’s healthy to laugh at yourself sometimes! I also got to spend a great deal of time talking to my neurologist – not about me for once – but about how we can help the Jerusalem Parkinson’s community as a whole. We had a really thoughtful and productive conversation. 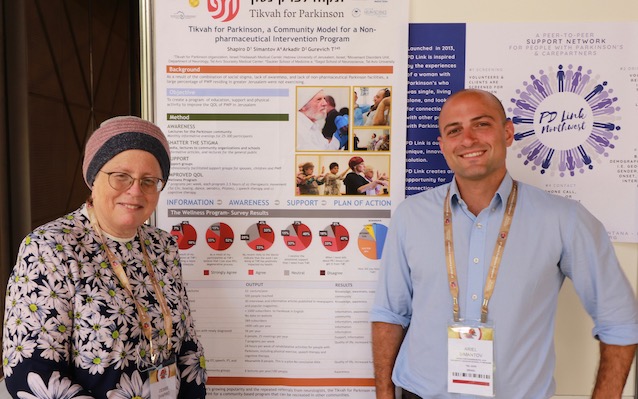 Today I networked a lot and talked about possible collaborations with a couple of people. I managed to meet two women from Parkinson’s community that I’ve wanted to connect with for ages. It’s so great to make so many new international friends, and if today has taught me anything it’s that friendships are far more powerful than any border.

I also discovered that the meditation room has several enclosed ‘rest areas’ equipped with a futon, blanket and pillow. I decided to have a little snooze and a snore in the middle of my very busy day and it was absolutely wonderful. I woke up feeling refreshed before tackling my laundry at the hotel – all of the instructions were in Japanese. That was an experience.

We got off to an early start today, and it was a full morning with exercise and a session at the World Parkinson Congress discussing what we had learnt and what we would take home with us. Finally, I attended a meeting with my fellow congress ambassadors for a quick goodbye. I’m trying to think of my highlights of the past few days, but it’s difficult, as every moment was so special. 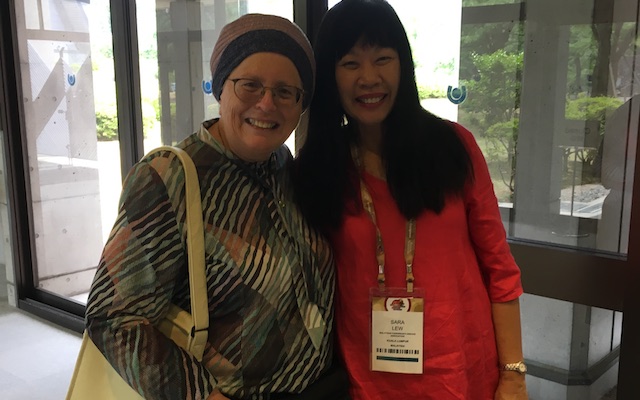