If you have the conversation now, instead of at the end stage, I think you actually find it the antithesis of doom and gloom. It can actually be very uplifting 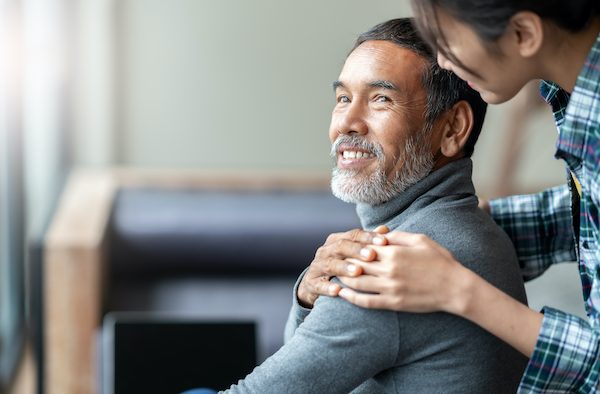 In a webinar from US charity Davis Phinney Foundation, panellists shared their outlook on death, dying and Parkinson’s disease – from managing feelings of loss to preparing for end-of-life, while continuing to live well in the moment

A webinar from the Davis Phinney Foundation brought people living with the condition together to discuss ‘Death, dying and Parkinson’s’.

Hosted by members of the foundation’s Young Onset Parkinson’s Disease (YOPD) Council, the webinar offered insights and resources on approaching death and dying – which, according to the team, may take on an “entirely new meaning” for people living with the condition.

“This is a tough topic,” said Melani Dizon, director of education and research at the Davis Phinney Foundation, who began the webinar, “but it’s one that we all think about, no matter what’s going on in our lives.”

Kevin Kwok, a YOPD Council leader and member of the Davis Phinney Foundation board of directors, added that people shouldn’t avoid discussing the potentially difficult subject: “I think that this is one of those topics in which you don’t find a lot of glee and joy. But if you have the conversation now, instead of at the end stage, I think you actually find it the antithesis of doom and gloom. It can actually be very uplifting.”

“I have had the privilege of being with my mum when she passed,” she said. “My mum had three independent cancers, three different times over 22 years. We had a lot of discussions about what a good death would be like for her. Those were hard conversations to have – but I think she felt a sense of peace when it was finally her time to pass, because we had talked so much about it. She felt like her wishes would be honoured.”

Kat emphasised the importance of not only honouring a person’s wishes at the end of their life, but ensuring their wishes are documented in writing. “As we age, we’re all going deal with this. Some of us may be dealing with it with our parents or grandparents, but someday it will be our turn […] And we need to think about what we want at the end of life.”

“I think that there’s a lot of empowerment in that,” added YOPD Council leader Erin Michaels. “We’re conditioned right away when we’re diagnosed [to think] ‘I’m not going to live as long or have the quality of life that everybody else does’. But the positive in this is that, because this has happened to us, we can have more ownership of our ultimate destiny […] It’s a unique position, and I do think there’s some positive in it.”

Prompted by a question from an attendee, the discussion turned to the dilemma of both wanting to “fight” the condition and not wanting to extend the final stages of life for too long. In response to this, the panellists placed an emphasis on quality of life.

Kevin said: “I don’t think having a conversation about the end stage and the last moments of your life is a defeat. In fact, if anything, you want to live life more fully – and having this conversation actually allows you freedom to kind of liberate yourself to say that I will fight to the very end, but when it’s time, I want to go with dignity.” Kevin quoted his brother, who recently passed away, and had said: “I don’t fear death. I fear not living well.”

When asked whether people with Parkinson’s face death differently compared to those without the condition, several panellists agreed that “your mind can be your own worst enemy”.

“What I notice from day to day, week to week, month to month is my body changing,” said Erin. “Different aches and pains are becoming a little bit more challenging than they used to be. […Dying] does cross your mind because you think, now I have this new tick, this new ache, this new pain – does this mean I’m progressing?”

Erin advised people experiencing similar difficulties to “figure out when to stop that mental mind game” and to instead focus on “what’s not working, or figure out how to pick yourself up and find a new way to work through it.”

To this, Kat added: “Life itself is progressive and degenerative […] Having a progressive disease that is incremental, as our bodies don’t work the way they used to, might mean we are grieving in that. But I think being stuck in grief can mean losing out on living. Once you’ve grieved, you have a choice to move on from there and come to the living part.”

Amy Montemarano, a Davis Phinney Foundation ambassador and YOPD Council leader, shared an anecdote about life with Parkinson’s. “After I was diagnosed,” she said, “I told [a woman I know], and her response was: ‘What a gift you’ve been given’ – which might sound offensive. But I understood her answer. She had just nursed her mother through Alzheimer’s, and what she said was, ‘You just had the veil lifted. Not many people have that opportunity to understand how precious your life is right now, right this second’.”

“In the end of life, I hope to be celebrating a lot”

The panellists discussed a range of topics – from death cafés which offer people a space to talk about dying, to exploring the subject with care partners, to working through the challenges and necessities of hospice care.

As the webinar drew to a close, Heather Kennedy, a Davis Phinney Foundation ambassador, YOPD Council leader and YOPD Women’s Council leader, shared how coping with her father’s death had impacted her outlook on dying.

“One of the last things I said to my dad was, ‘You have been such a great father’,” she said. “We hear a lot of things like that in eulogies and in the aftermath, when we say these beautiful things about people. But I want to hear it now. And I want to tell you now so that I don’t miss that chance.”

Looking to the future, Kat said: “I think that in the end of life, I hope to be celebrating a lot.”

To see the full webinar, or to register for the webinar series, please visit the Davis Phinney Foundation website.

To find out more about preparing for end-of-life, please visit the EPDA website.

If you have the conversation now, instead of at the end stage, I think you actually find it the antithesis of doom and gloom. It can actually be very uplifting