Sharon Krischer was diagnosed with Parkinson’s disease in 2009. Ever since she has read widely about Parkinson’s with the goal of finding a way to move on, literally, and not be defeated by the disease. She started her blog ‘Twitchy Woman’s Adventures with Parkinson’s’ to encourage the exchange of ideas between others whose lives have been affected. Sharon lives in Beverly Hills, California, with her husband Joel. 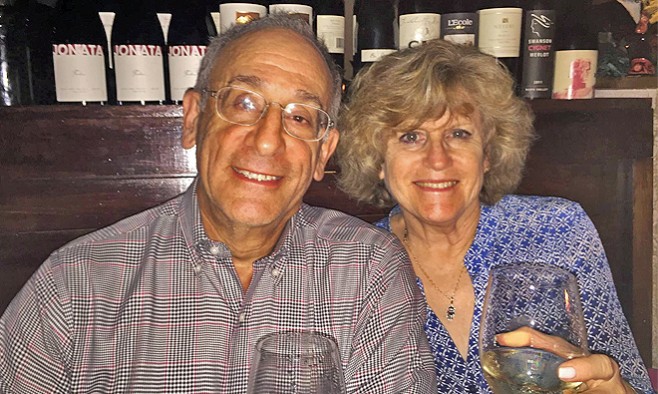 New year, new you? Parkinson’s blogger Sharon Krischer – AKA ‘Twitchy Woman’ – shares her eight wishes for 2016, from dancing off and punching away her symptoms, to getting involved in Parkinson’s advocacy for women

“The cures we want aren’t going to fall from the sky.   We have to get ladders and climb up and get them”

As 2015 comes to a close, those of us in Parkinson’s community are excited about the many new research discoveries regarding the causes and treatments for Parkinson’s disease.

It seems that every week in the past few months, another discovery, whether it is a drug or therapy, has shown to be effective in either slowing the progression of the disease or in some cases, even reversing it. In the seven years since I was diagnosed, I have never been so hopeful that maybe this year will bring the big breakthrough.

With that in mind, here are my 8 wishes for the new year:

1. A cure, perhaps? Or at least a treatment that reverses the progression of Parkinson’s. Obvious wish, I know. But Michael J Fox said that the Michael J Fox Foundation has one mission – to find a cure – and once that cure is found, he will shut down his Foundation. Let’s hope that 2016 is the year that he will close up shop.

2. I plan to continue writing, enjoying this new-found creative outlet that I discovered after diagnosis. Maybe I will end up like every other Parkinson’s patient with a blog and write a book. OK, maybe a pamphlet.

3. Speaking of books, I hope to review a few more in the coming months, including the just published “Goodbye Parkinson’s, Hello Life!” by Alex Kerten, whose Gyro-Kinetics Center in Herzliya, Israel, is a leader worldwide in treating clients with Parkinson’s and other movement disorders. He encourages free dancing to upbeat music and getting your entire body involved. So for those who aren’t impressed with my dancing (and you know who you are), it is now doctor’s orders! Stay tuned. 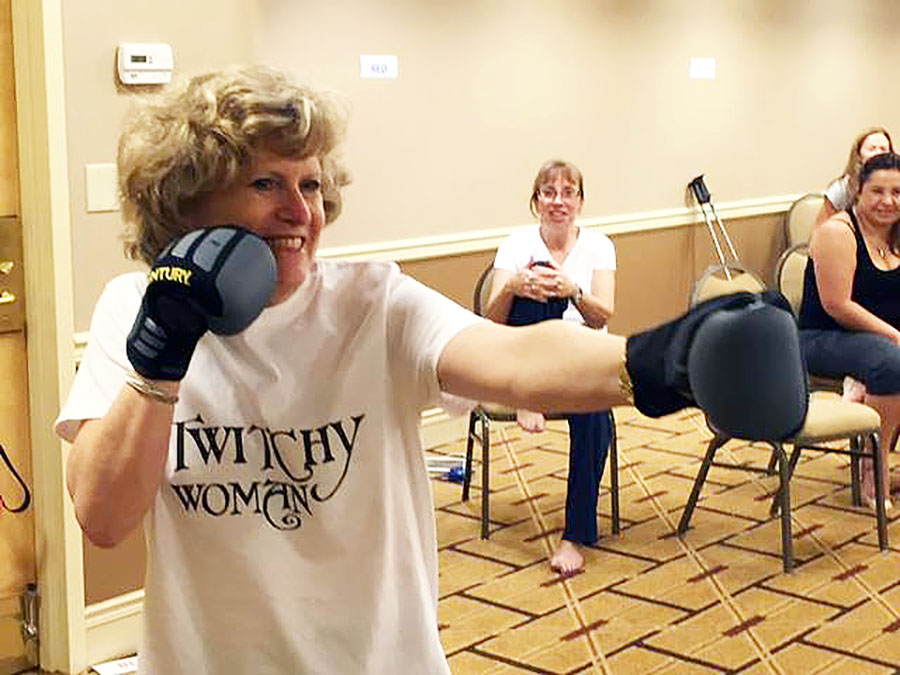 5. I will continue to work on my boxing skills with Rock Steady Boxing NY/LA.  It is very hard work and great exercise. Boxing has improved my balance and reflexes, and most importantly, my tennis game. Besides, the men way outnumber the women in boxing classes, which makes it even more fun (just don’t tell my husband)!

6. Ommmmmmmmmmm…….. yoga is the one calming activity that I regularly participate in. It keeps me aware of my body, my balance and stretches my muscles. I can still do a tree pose successfully most days, no worse than the others in the classes I attend. The best part is Shavasana, ‘Corpse Pose’, at the end of the session. It is the best five-minute nap ever! When I am done with yoga class I am ready to take on the day.

8. Finally, I am looking forward to a year of new adventures with my husband, and not allowing Parkinson’s to take charge of me. I will be in charge of my Parkinson’s and continue to enjoy life with my family and friends.

Wishing all of you a happy holiday and wonderful, healthy New Year!

Sharon Krischer was diagnosed with Parkinson’s disease in 2009. Ever since she has read widely about Parkinson’s with the goal of finding a way to move on, literally, and not be defeated by the disease. She started her blog ‘Twitchy Woman’s Adventures with Parkinson’s’ to encourage the exchange of ideas between others whose lives have been affected. Sharon lives in Beverly Hills, California, with her husband Joel.

Thank you, Parkinson’s disease: 10 reasons to be grateful this Thanksgiving