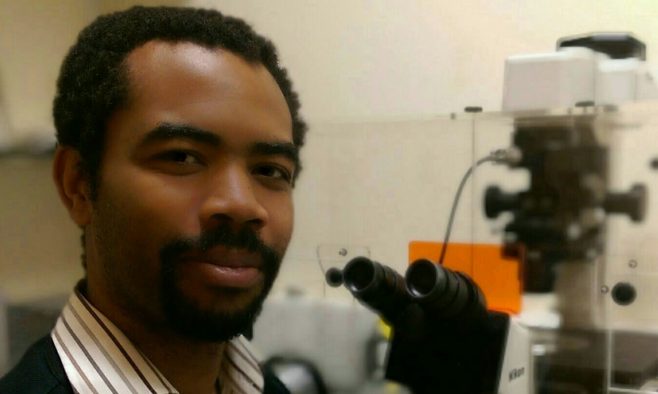 Dayne Beccano-Kelly shares his experience as a black professional working in Parkinson’s research, explains why visibility and education are the key to increasing diversity – and how unrepresentative studies and a lack of information are failing black people with Parkinson’s around the world

I describe my work as a researcher as like a telephone conversation that I’m listening into. For people with Parkinson’s, the line gets a bit faulty. I’m trying to see what causes the messages to change so that we can clean up the line.

I spend a lot of time in a lab here at Oxford University, however I do try to see individuals living with Parkinson’s, too. We have a Parkinson’s group doing outreach and funding. We also host Oxford Parkinson’s Disease Centre day, where we organise talks and bring together collaborators, independent scientists, carers and people with Parkinson’s. This always really puts what I’m doing into perspective.

As a researcher, it’s important to have a cold scientific approach so as not to be biased – but I think it’s vitally important to remember that while you cannot be completely emotionally driven, you must remember that the money we are spending is going towards finding something to help.

“They looked at my skin colour before talking to me”

I’ve worked in two principalities across four different countries, and I’ve never encountered a senior black member of academic staff in neuroscience within my departments.

I’ve been told by professionals in my field that I was there because of positive discrimination. It’s very hard to be told that, but you have to remind yourself ‘no, that’s not true’. They looked at my skin colour before talking to me and decided that I must be in my position because of the colour of my skin. That’s racism.

I believe that there are two key things that you can do to promote BAME (black, Asian and minority ethnic) individuals in STEM (science, technology, engineering and mathematics): visibility and education. Telling students from an early age, ‘you are capable of getting there’. Raising the issue, talking to everybody in the room – not just the black students – and making them fully aware that you can begin to end the problem with your generation. 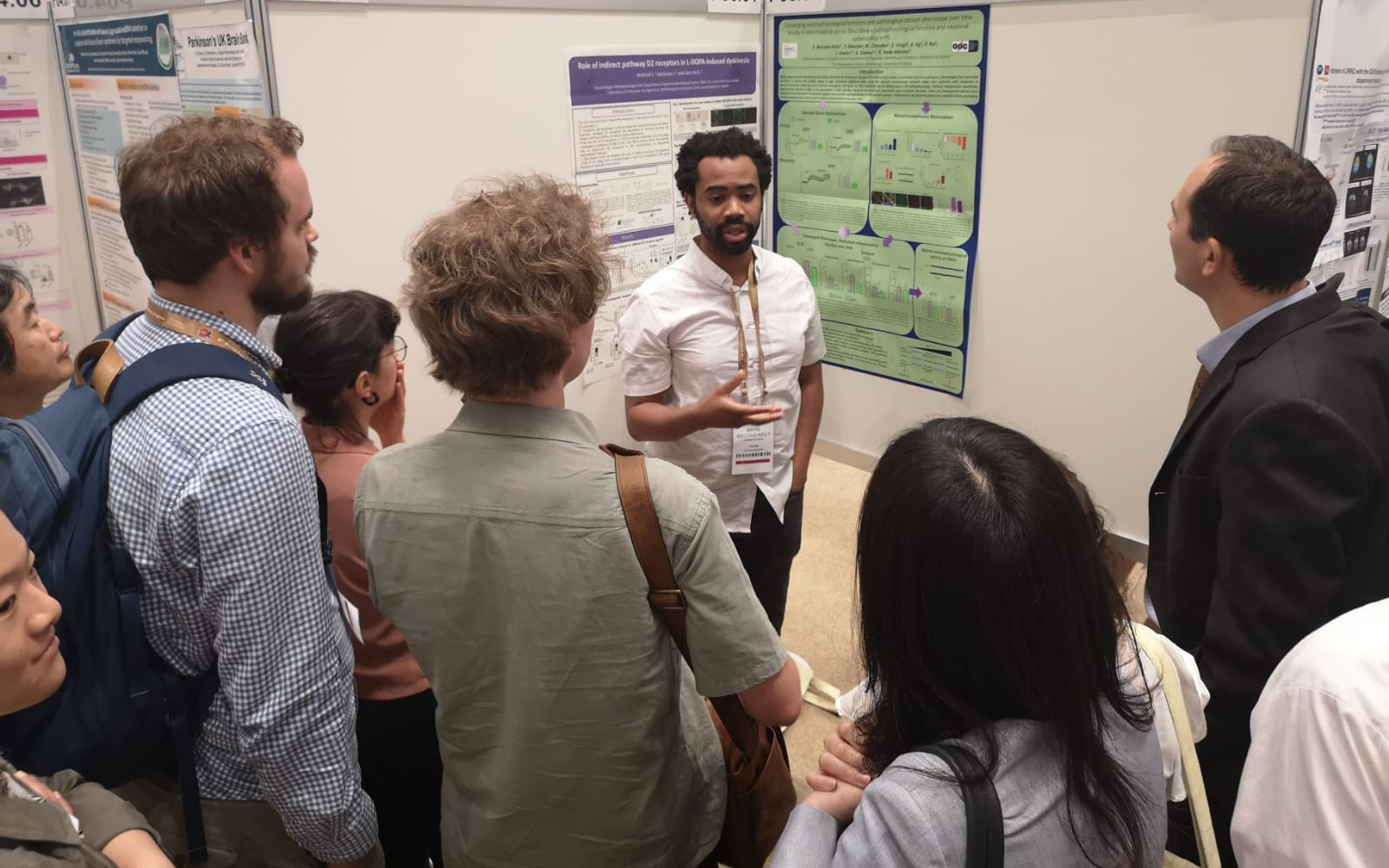 Dayne Beccano-Kelly is a career development fellow in Neurobiology at the University of Oxford, UK

Disorders like ALS (amyotrophic lateral sclerosis), MS (multiple sclerosis) and essential tremors have all been shown to have different levels of prevalence and incidence – as well as a wide range of symptoms – within different ethnic groups. But there has not been enough research into how Parkinson’s affects individuals from different ethnic groups. While some studies suggest black individuals are less likely to get Parkinson’s than Caucasian western individuals, others may indicate it is equal.

There has been instances where it has been proven that in African and West Indian communities, individuals tend not to go to the doctors enquiring about Parkinson’s because they only experience non-motor symptoms. By not manifesting typical Parkinson’s features, they may be treated for something else, meaning it takes them longer to receive the treatment they really need.

In certain parts of the world, it’s common for black patients to not get as much time with doctors, and for their symptoms to be deemed milder than somebody of Caucasian descent. We need more global information about Parkinson’s in those underserved groups. It’s important for the black community that we’re informed enough to notice these non-motor symptoms and seek help.

Parkinson’s studies are biased towards people of Caucasian descent. We need to address that fact and keep pressing forward with recruiting more BAME individuals into the research. Parkinson’s organisations need to be a part of that – diversity needs to become normative.

We must see that there is a disparity in what researchers are sampling; check the ethnic groups present and break research down to realise that we can’t draw a conclusion because there are simply not enough black people.

Having more information will help us help people with Parkinson’s, and that means when they come to the doctor they won’t be turned away, not because of the colour of their skin, but because they don’t believe that they’re presenting symptoms in the way that they would expect.

There is this issue across the board with BAME treatment. Whether it be in the workplace or care, there needs to be acknowledgement coupled with action.

Dayne Beccano-Kelly is a career development fellow in Neurobiology at the Department of Physiology, Anatomy and Genetics, University of Oxford. He completed his undergraduate degree and PhD at the University of Leeds, UK, before undertaking postdoctoral research in Dundee, UK, and Vancouver, Canada.