“The brain is the most precious thing we have. It contains our loves, memories and our personality. Giving it to medical research is the greatest gift I can offer” 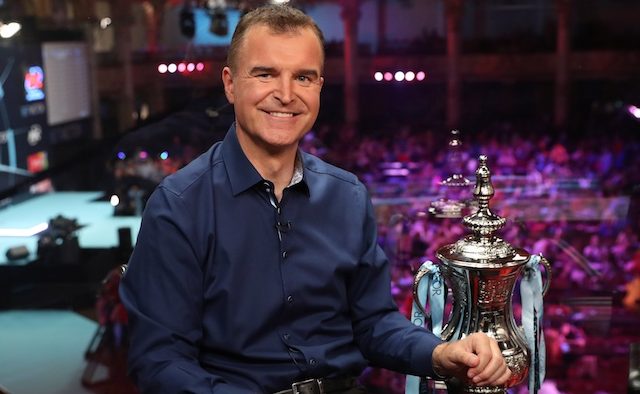 Sports commentator Dave Clark has announced that he will donate his brain to Parkinson’s research. The Sky Sports darts presenter and Parkinson’s activist, who was diagnosed with the condition in 2011, revealed plans to give his brain to the Parkinson’s UK Brain Bank, as the charity launched an appeal for donors. Actress Sophie Thompson, Harry Styles’ mother, Anne Twist, and British writer Paul Mayhew-Archer are among others who have decided to donate their brain.

Clark shared the news on Twitter: “I’ve decided to donate my brain to Parkinson’s UK Brain Bank. I was so impressed with the research work being carried out when I visited the facility with [Rory Cellan-Jones]”.

Clark has already raised thousands of pounds for Parkinson’s UK, become a celebrity ‘Champion’ for the charity, and worked to challenge stigma surrounding the condition.

He shared a video in which Cellan-Jones, a BBC technology correspondent who also has Parkinson’s, went behind the scenes of the Brain Bank at Imperial College London’s Hammersmith campus, in the UK. Cellan-Jones spoke to Professor Steve Gentleman in the dissection room, who explained that donated brain tissue is vital to research efforts. He concluded the visit by pledging his own brain.

Clark said: “The brain is the most precious thing we have. It contains our loves, memories and our personality. Giving it to medical research is the greatest gift I can offer. Imagine if your brain was the one that unlocked a cure for this devastating neurological condition?”

He also highlighted that scientific research on brains was “essential” to finding treatments for the condition.

In the UK, National Health Service organ donation is considered distinct from brain donation ­– those wishing to pledge their brain must submit separate forms to brain banks. Imperial College London is home to the world’s only brain bank for Parkinson’s research and receives around 120 donations each year.

Fans and members of Parkinson’s community shared their admiration for Clark on Twitter, and contributed stories of how family members, or they themselves, had also pledged their brains.

Twitter user Lisa was inspired by Clark and Cellan-Jones:

Twitter user, Kathryn Dainty, said that her parents had also decided to donate their brains:

While Twitter user Katie Hofman expressed appreciation for Clark as a presenter:

Parkinson’s UK Brain Bank is the only brain bank in the world dedicated to Parkinson’s research. Each brain is split into 250 samples which can then be used in scientific projects. This brain tissue contributes to scientists’ understanding of the condition and the development of new treatments. Many neurological conditions, including Parkinson’s, are unique to humans which means it can be difficult to conduct research on animal brains.

The organisation accepts brains from donors with or without Parkinson’s and plans to joint-fund a new digital brain bank, allowing scientists over the world to benefit from these pledged brains.

Find out more about the Brain Bank here.

“The brain is the most precious thing we have. It contains our loves, memories and our personality. Giving it to medical research is the greatest gift I can offer”