Most people my age are ignorant to what Parkinson’s really entails. Having that blank canvas allowed me to tell my version of the condition. 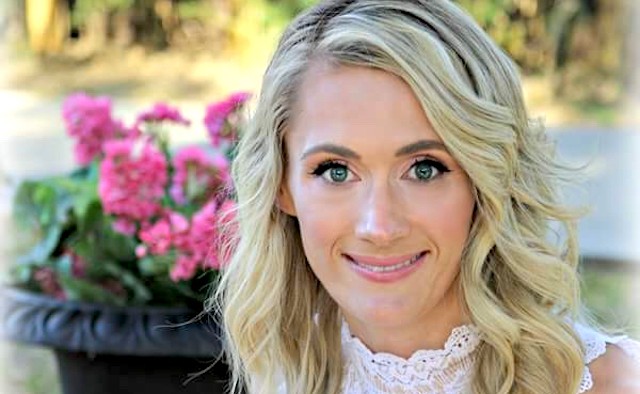 For Valentine’s Day, we spoke to US blogger and American Ninja Warrior Allison Toepperwein about navigating the dating world with Parkinson’s. She shares her view on using dating apps, being judged by others because of her condition – and why “attitude is everything”

Tell us about your approach to dating.

I recently got into a relationship. Prior to that I would go on dates every once in a while. As a single mum who works full time, I really only had time to date on the weekends when my daughter went to her dad’s.

As with most singles, it’s difficult to date and meet people. I would love to meet someone organically – but that’s just not the reality of dating these days. Over the years, I’ve used various dating apps such as Match, Christian Mingle, eHarmony, Tinder and Bumble, and I met my current boyfriend on Facebook.

How has your approach to dating changed over time – were you put off dating after your initial diagnosis?

I was diagnosed two-and-a-half months after my divorce, so I was in no place mentally to date. I began testing the waters three months later. While I bounced back quicker than most, I was still in survival mode.

I had a lot of mental barriers about dating, I wondered who would want me – as I felt I was ‘broken’. And I worried about who would take care of me when my Parkinson’s progressed.

I was once called out online by someone who googled my first name and found out I had Parkinson’s and had appeared on US TV show ‘American Ninja Warrior’. They point blank told me that we wouldn’t have a future because of my disease. It stung. Those men didn’t know me or my abilities – and they never saw my grit in action.

To those individuals, I give a one finger salute and say, ‘good luck!’. 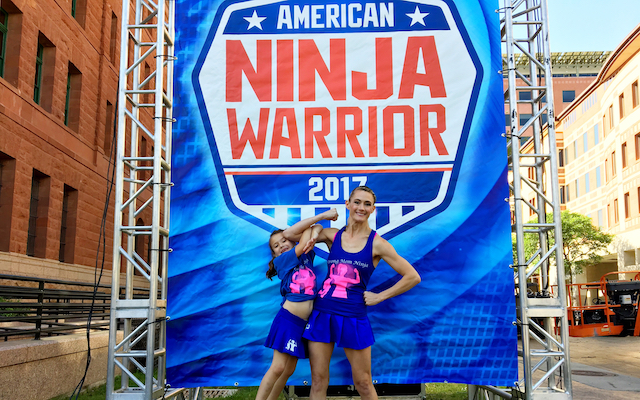 Are there still anxieties around dates and how do you cope with them?

I’m an incredibly strong woman and I think I tend to emasculate men. I had always looked for a knight to come and rescue me and then I realised I can rescue myself. After that realisation, my life took a dramatic turn for the better. And when I gave my complete faith to God in finding a companion – not a hero – I found someone.

What’s your approach to disclosing your diagnosis on dates?

I’ve always found it best to be upfront. It only takes a few seconds to search my name on Google and find out the purple elephant in the room. So, if I brought it up on a first date rather than them finding out on the internet then the results were always better. The dates where I tried hiding my Parkinson’s always turned out bad because I became nervous which made my symptoms worse.

Being honest really worked out best for me. Most people my age are ignorant to what Parkinson’s really entails. Having that blank canvas allowed me to tell my version of the condition.

Do you have any particular dates that stand out?

I was on a first date and it was going well, so I invited him to my place for a drink. I was showing him my home, when I came upon a children’s story I wrote and illustrated, and am in the process of publishing.

My biography was on the second page of the story and the word ‘Parkinson’s’ boldly jumped out. He looked me in the eye and told me we can be friends but never anything more.

Do you have any advice to share with other people with young-onset Parkinson’s who are single and looking for love?

My girlfriend told me about her friend that was just diagnosed with brain cancer. Faced with her morbidity, she met a man two weeks after her diagnosis. He asked her on a date, and she told him about her recent diagnosis. He told her he didn’t care. The pair fell in love and ended up married before she ever went into remission.

I believe we all have diseases. I dated one man who was a liar, cheater and the epitome of a narcissist. If I had to choose walking in his shoes or Parkinson’s, I’d take the shakes any day! So, while I may shake, it really comes down to what disease in a partner you’re willing to be a caregiver for.

I don’t like to spend a lot of time thinking about what could happen to me one day. Instead I live each day to the fullest. 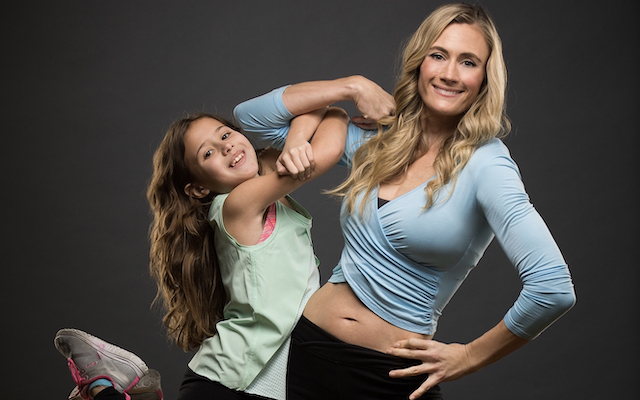 Allison Toepperwein with her daughter.

Caring and sharing – the importance of learning to let it out

Most people my age are ignorant to what Parkinson’s really entails. Having that blank canvas allowed me to tell my version of the condition.

Grand designs: an artistic way to raise funds for research