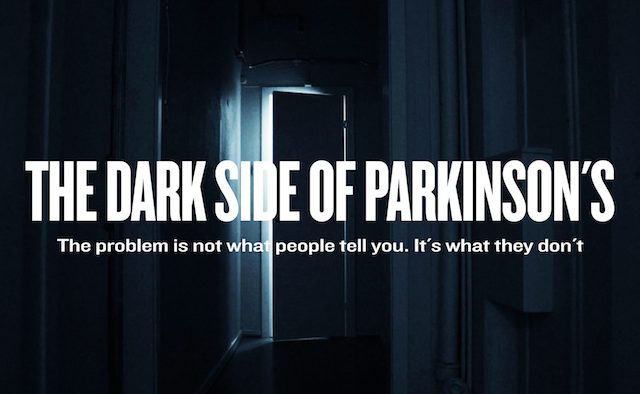 When UK neuroscientist and writer Jon Stamford grew tired of “medical” and “unfocused” films about Parkinson’s disease, he decided it was time for an intimate patient to patient conversation.

He partnered with Norwegian filmmaker and photographer Anders M Leines with the hope of merging scientific expertise, artistic prowess and their own experience with Parkinson’s disease to create an “open, ruthlessly honest and gritty” portrayal of the condition

Tell us about the video series ‘The dark side of Parkinson’s’.

Jon Stamford: ‘The dark side of Parkinson’s’ is a small series of five films addressing the aspects of Parkinson’s disease that are rarely discussed openly. They are open, ruthlessly honest and gritty – quite unlike anything currently available in Parkinson’s communities.

Medical presentations tend to be men in white lab coats with a set of slides. Patient films tend to be heartfelt but unfocused. In both cases, the production standards are usually limited. We intended in this series to give viewers factual content, delivered patient to patient. We wanted something that would grab viewer attention immediately, something different from what they are used to. Patients are tired of being lectured to ­– we wanted to engage with them.

Anders M Leines: The series is made by real patients – with a clear journalistic and artistic ambition, but absolutely no funding, which gives us the freedom to say exactly what we want, how we want it. So we did.

What motivated you to create the series?

Jon: Partly because of my scientific background, I am often finding myself in situations where it’s necessary to bridge the patient and medical or scientific communities. Not only does the public have a limited understanding of Parkinson’s, but so do many patients.

At the same time, some of the more difficult or darker aspects of Parkinson’s are rarely discussed. This lack of discussion, almost a conspiracy of silence, does not serve patients well. There is a very real need to make people aware of this dark side – and I should make it absolutely clear that we talk about ‘the dark side’ as the starting point, not the endpoint.

Our purpose was to bring these subjects out into the open so that people who suffered from impulse control disorders or hallucinations, for example, can realise that they are not alone and that these aspects can be treated. Openness can only be good.

Anders: Jon motivated me. He has a unique combination of scientific experience and storytelling skills and should always be listened to. He is extremely knowledgeable when it comes to Parkinson’s disease – always willing to share and with a great sense of humour. Besides, I had no choice: he invited himself to visit me in Oslo, Norway, and took me to a jazz concert here with his favourite band.

What was the process of making the video series like?

Jon: It was a huge pleasure working with Anders. A consummate perfectionist and, in my opinion, one of the very best filmmakers in the world, with or without Parkinson’s.

For me, it was easy. I knew roughly what I wanted to say and simply delivered the lines. Anders would probably tell a different story. He was setting up the cameras, microphones, lighting gantries, and so on, not to mention the editing and processing. I got off lightly.

In terms of subject matter, I don’t remember us saying we needed to cover this topic or that topic. I had stories I wanted to share. Often we would just be having a conversation, talking as old friends do, and he would say to me, “That is something we should record”. It was an organic process.

Our ideas behind the visual side were quite cinematic. I have always been drawn to old black and white films. I think black and white draws people into the screen whereas colour distracts. We wanted a dramatic presentation that would match the subject matter and have almost a confidential quality to it.

Anders: A lot of my decisions are usually made after the material has been filmed. I think I told Jon to bring the hat [worn onscreen], in addition to the stories he wanted to tell. Everything else was improvised. When Jon sat down in the studio [to film part one, ‘Nearest and dearest’] and started telling his own story about how he and his family were affected by the disease, the meds and what followed, it really moved me.

Jon and I find it very easy to communicate. The intention was to keep it extremely simple, but we ended up with something else. That is what sometimes happens – fortunately.

What are your hopes for the future of the video series – and beyond?

Jon: After the launch, we created a Facebook discussion group to capture initial reactions. It has evoked many powerful emotions from young and old alike. The overwhelming response has been one of thanks, which is immensely heartening. It strengthens the bond we feel with the others in the community.

I think we have two objectives – first, to make sure that people are aware of what we have already done and to spread the message. Second, to film a new series ­– but that is critically finance dependent. We covered the costs of this set of films out of our own pockets, by borrowing equipment and calling in favours. But you can only do that once – the next series will require genuine external funding. Hopefully somewhere out there is a visionary philanthropist.

Anders: I hope people will watch and share them. It’s questionable whether we can ever do something like this again. The sad fact is that it’s hard, if not impossible, to find financial support. Parkinson’s patients have stories to tell that can open hearts and minds and even wallets. There are many creative patients I could mention who lay down weeks of work every year for the benefit of us all, and who are at risk of burning out completely. We only have so much energy and so much time as the disease eats away at our resources.

It is my opinion that some of the funding that goes into research should be channelled into awareness work, which in turn could have the potential to generate even bigger funds for research. My ambition in everything I do is to show that people with Parkinson’s should be listened to and invested in. If you have Parkinson’s disease, then you have a story to tell. 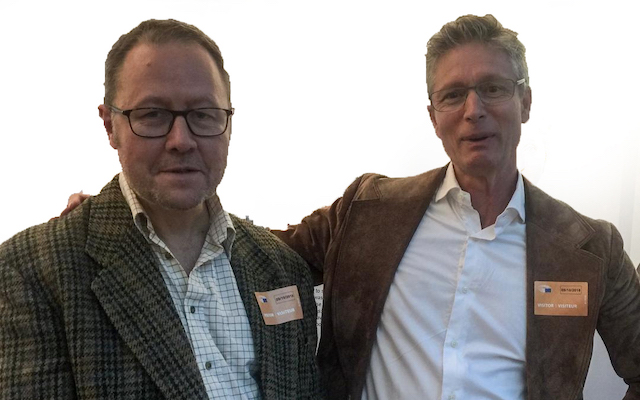 Find out more about ‘The dark side of Parkinson’s’.

Jon Stamford is a writer, photographer and neuroscientist from Yorkshire, UK, who headed a lab focused on Parkinson’s disease research. He was diagnosed with the condition in 2006 and has served as a patient advocate with the Cure Parkinson’s Trust and as an independent advocate in his personal life.

Anders M Leines is a Norwegian filmmaker and photographer based in Oslo, Norway. He was diagnosed with Parkinson’s disease in 2010. His work at the Norwegian Broadcasting Corporation headquarters involves creating documentary films with a particular focus on health-related issues.

Jon and Anders met in 2010 while filming a webinar and a series of interviews with world-leading academics. The idea for ‘The dark side of Parkinson’s’ came to them years later at a concert performed by the Manchester jazz band, GoGo Penguin.