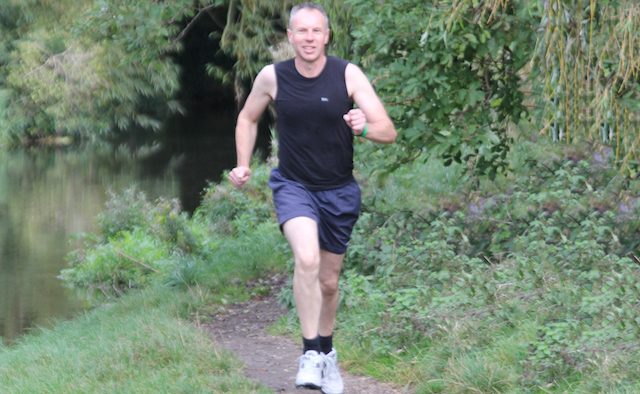 When were you diagnosed with Parkinson’s disease?

It was in 2004 that I started to realise that after approximately six miles walking my right leg started to stiffen up and I had to stop. Then while running my right arm became stiff and my technique became uncoordinated. It was at this point that a work colleague of mine suggested that I needed to see the doctor.

23 December 2004 was a definitive day that changed my life forever. The appointment was at 10.30am and I woke up with a degree of eagerness to know what was wrong with me. I asked the doctor what he thought the problem was – he said I think you have idiopathic young onset Parkinson’s disease. My stomach dropped. In the following few months I lived in complete denial of its existence.

I now have lived with my Parkinson’s disease diagnosis for 16 years and there have been some extremely difficult times – but also some very rewarding experiences. My neurologist says that I have a mild form of Parkinson’s which puts me within the top 1% and I am very grateful that I can still enjoy an exceptionally privileged quality of life, thanks to having an incredibly supportive wife. She looks after me so well and takes away all the general day to day tasks that would otherwise take me a great deal of time and effort.

How did you start working with Parkinson’s Europe?

I have worked with and supported Parkinson’s Europe’s far-reaching activities since 2013 when I first made contact with the team. I found them to be helpful, sincere and committed in what they were doing for Parkinson’s from a European perspective. Their attitude encouraged me to become interested in and supportive of the work they were doing.

My work as vice president and board member of the Parkinson’s Europe is a voluntary position, so on average I spend around one-and-a-half days a month either attending board and other meetings, reading and answering emails or on research. During the pandemic, I have not had to endure the travelling to and from meetings, but I miss the human contact and interaction which you don’t really get with virtual meetings.

Since I have been with Parkinson’s Europe, I have learned that there is still a lot that isn’t known about the condition. There seems to be a lack of data on different levels – from understanding how many people actually have Parkinson’s to the causes, the symptoms and how best to manage it. One of Parkinson’s Europe’s key ambitions going forward is to help support the collection of data to build a better understanding of this condition and provide benefits for the whole Parkinson’s disease community in prevention, advocacy and management of the condition. 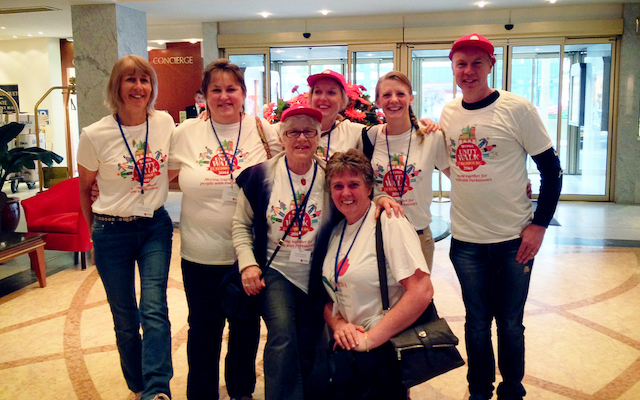 Tell us about being a sports person and ultra-endurance athlete.

I am very interested in and knowledgeable on sports nutrition, physiology and psychology. Between 2010 and 2014 I developed and accomplished nine creative events to raise Parkinson’s awareness and fundraise for The Cure Parkinson’s Trust. These included a 12-hour non-stop cycling challenge on a spin bike, climbing 15,000 vertical steps up the Gherkin building, London, UK, in eight hours and ringing 10,000 chimes of Prince Harry’s Jubilee Bell, St James Church, London, in four hours.

I’m focused on maintaining a healthy lifestyle. I enjoy a structured daily regime that involves exercise – either high intensity weight training or walking – good healthy nutrition including hydration (thanks to my incredible wife who cooks all our meals from scratch using fresh produce), appropriate rest and recovery, reading and a good quality of sleep. I also have a positive growth mindset that drives me forward each day.

It has been instilled in me, each day, to work hard, learn, adapt and be grateful, kind and useful.

I try to enjoy each day as it comes and do not let Parkinson’s diagnosis define who I am or limit my beliefs in what I can reach out to achieve.

What are you most excited about in terms of the future for people with Parkinson’s?

One of the exciting areas under discussion with young onset people with Parkinson’s is genetics research. Being young onset myself, I took part in the 100,000 Genomes Project which sequenced genomes from thousands of patients affected by cancers or rare diseases. It did not show any abnormalities in genes associated with Parkinson’s. In addition, there are exciting initiatives and projects that are coming up, like the great work that advocates’ alliance Parkinson’s Disease Avengers is doing in bringing people together, and the exciting plans that Parkinson’s Europe has for the World Parkinson Congress being held in Barcelona, Spain in 2022.

What developments would you like to see in Parkinson’s and research community in the future?

One of Parkinson’s Europe’s main goals is to increase awareness of clinical trials and ensure that the input and participation of people with Parkinson’s is taken into account, in order to design and develop more patient-friendly and effective drug trials. Parkinson’s Europe is currently working with other Parkinson’s organisations to explore the barriers and opportunities for participating in research.

Our plan is to overcome some of these barriers to enable more people across Europe to engage with research, improve access to opportunities and provide more information for people across all European countries.

Another strategic priority at Parkinson’s Europe is uniting the European Parkinson’s community. We have a couple of innovative ideas that we are discussing so it’s a very exciting time. We have the potential to raise Parkinson’s awareness in the wider community. It is only by doing this, that we will be able to change the perception that Parkinson’s is an older person’s condition, which still exists today.

Danny Lavender is vice president and a board member of the European Parkinson’s Disease Association (Parkinson’s Europe). He worked as a tax professional for the UK’s Her Majesty’s Revenue and Customs from 1980 until 2013, and was awarded an MBE for outstanding services to local government in 2008. He founded his charity Beat Parkinson’s in 2013 to promote health and relieve sickness related to Parkinson’s disease. He has been married to his wife Jo for over 25 years, and they have a daughter, Shannon.

Find out more about the Parkinson’s Europe.