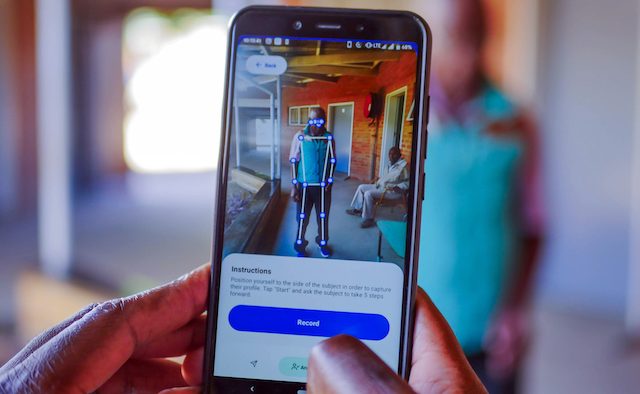 We revisit our interview with Babusi Nyoni, the Zimbabwe-born innovator who used a South African dance craze as a springboard to develop Parkinson’s diagnosis app Patana AI. He tells us the story behind the app, why there’s “no desire to seek treatment” for the condition in Zimbabwe – and his mission to build things with an “Africa-first lens”

What inspired you to create the Patana AI app?

There’s a cultural phenomenon in southern Africa, colloquially known as ‘Dezember’. It’s basically a month-long party. The ‘Vosho dance’ had just taken off in 2018 – it’s a dance move which accompanies the southern African music genre called Gqom. My studio Triple Black Agency decided to build something that could work in this social space and around this particular cultural trend in an informal way.

Using an artificial intelligence (AI) platform developed by Google, we built the Vosho Fo’sho app – a web app that rates your dance moves. During Dezember it was used by thousands of South Africans and on over 100 different devices. We saw a genuine interest in interacting with tech on the continent.

However, we wanted to be responsible with what we built and for the algorithm to be used for something that helps humanity. That’s when I started my research into Parkinson’s and I discovered diagnoses rely partially on assessment of gait, posture or hand tremor movement over time.

We don’t work in the healthcare space, but we had stumbled across something that could be used for non-invasive assessments that could lead to earlier detection of Parkinson’s – especially so in environments that have limited access to the internet and electricity. We partnered with an elderly nursing home in Zimbabwe to conduct more research and to test the usability of the platform.

Can you tell our readers a bit more about how the app works?

Patana AI allows you to collect data on the severity of a person’s tilt and analyse their posture, the stability of their gait and their hand tremor. It works in low data conditions and in environments where there is low lighting.

The app conducts a posture and gait analysis in one test. The tester, who can be a caregiver or family member, places the subject in the camera viewfinder within the app. The subject has to walk three to five steps forward. Analysis of their movements then show results on the severity of the tilt and posture. To measure hand tremor, you put the assessment device in the subject’s hand to record steadiness.

These can be recorded and monitored over time to notice trends that point towards likelihood of someone having Parkinson’s. 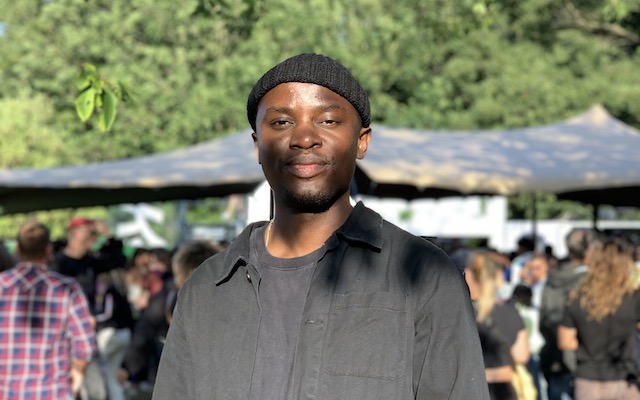 How is Parkinson’s perceived in Zimbabwe?

The massive disparity between people needing healthcare and the actual provision of healthcare changes attitudes around what it means to be ‘sick’. When I was growing up, I never thought that there was a vaccine for chicken pox until I moved to Europe. In Zimbabwe, getting chicken pox is just a rite of passage. It’s normal.

I called the app Patana AI after the village that my mother was born in and my grandfather was one of the founders of. I’m pretty certain that he suffered from Parkinson’s, because a lot of the things I’ve learned about the condition mirror things he suffered from. Like chicken pox, people will live with conditions like Parkinson’s and just view it as being something that comes with old age. There’s no desire to seek treatment. We were lucky to do our research in a nursing home in an urban area. If it was more rural, we would have been trying to solve a problem that wouldn’t even exist.

How has your background shaped your work with AI?

When growing up with the internet in Africa, a lot of things were hand-me-downs from other places. They lacked the cultural nuance that we were accustomed to. I try to build things with an Africa-first lens, for people who might be coming online for the first time. If we get it right for these people, it will work everywhere else.

The people we build for don’t have the highest buying power. There’s no way to make money off it, we’re doing it to serve these neglected populations. We’ve realised tech is a massive accelerator of access to healthcare in Africa, in which the doctor to patient ratio is an average one to 5,000. It’s our duty as Africans who have proximity to both the tech and the problems, to use the resources we have to help.

Babusi Nyoni is an AI design strategist and entrepreneur. He is originally from Zimbabwe but is now based in Amsterdam, the Netherlands. One of his key focusses as an innovator is finding digital solutions for sub-Saharan communities. His Parkinson’s diagnosis app, Patana AI, is available on iOS and Android. Find out more about Babusi Nyoni.