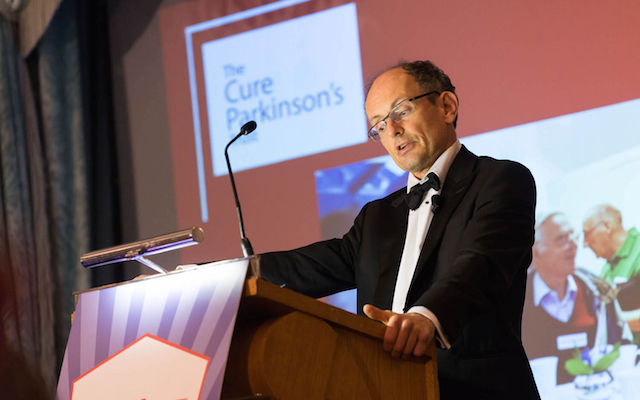 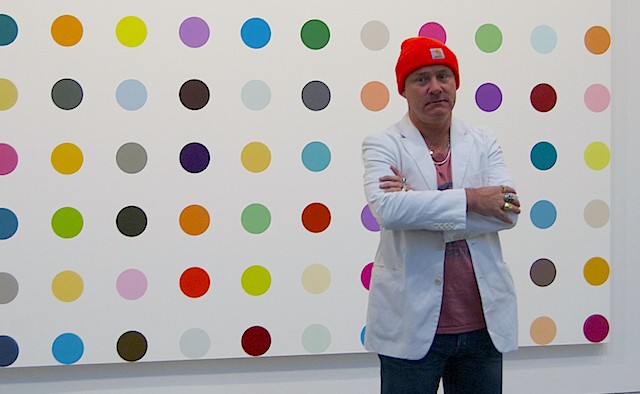 Can art play a leading role in finding a cure for Parkinson’s disease? Tom Isaacs, co-founder of UK-based organisation The Cure Parkinson’s Trust – and the man behind a new unprecedented art project – certainly hopes so. The exhibition called Cure3 commissioned 50 of the world’s leading contemporary artists to create unique works with a distinctive Parkinson’s flavour. The artists were restricted to using a small, see-through cube as their canvas and, as Tom reveals in this exclusive interview, life with Parkinson’s can often feel like being ‘boxed in’.

Where did the idea for the Cure3 project come from?

My oldest friend, Harvey Cammell, is the deputy chairman at the auction house Bonhams and we have been hatching a plan to involve the art world in a Parkinson’s event for a few years now. When curators from Artwise came up with the idea of using a 20cm x 20cm x 20cm Perspex cube – within which artists had to create something with the theme of ‘slow – stop – reverse’ – we recognised the enormous potential of the project, and Cure3 was born.

How can the money raised from the sale of the art help improve the quality of life of people with Parkinson’s?

Each of the artworks has a fixed price. The funds raised from the event will be channelled directly into The Cure Parkinson’s Trust’s innovative research programme. It has already yielded significant breakthroughs in our understanding of the condition and, potentially, this year could deliver results from clinical trials that could fundamentally alter the way Parkinson’s is treated. The money from this event will help the development of similar treatments.

How much money do you hope to raise?

It’s exciting that the project has gathered a wonderful momentum such that we anticipate this will become an annual event to raise funds and awareness for Parkinson’s.

How did you choose the 50 artists who will be offering their works of art for sale?

All the artists were chosen by Artwise curators – who have been wonderful to work with – and clearly command considerable respect by everyone in the art world. We have concentrated on contemporary artists, some of whom are household names like Damien Hirst and Grayson Perry, but also we have ensured that some up-and-coming artists have been included so that there is a range of cubes at different price levels for sale. Next year, we will probably be asking a whole new group of artists to get involved.

Tell us about the levels of enthusiasm and support that you’ve had from the group so far.

We have been bowled over by the extraordinary enthusiasm of the people involved. The success of the project is a testimony to the wealth of talent and expertise of those who have defined and shaped the project from the outset.

Do any of the artists have connections to Parkinson’s disease?

One of the artists, John McLean, lives with Parkinson’s. Dutch ceramic artist, Bouke de Vries’ partner was diagnosed with the condition 15 years ago.

Which of the boxes in the collection is your favourite and why?

I have not seen all the boxes yet, so I don’t really have a favourite. I do, however, prefer the boxes that have an obvious link to Parkinson’s and the cure – such as Bouke de Vries’ piece depicting the Buddhist goddess of compassion Guanyin as a broken figure within the box.

Tell us a bit about the work you do with The Cure Parkinson’s Trust.

The Cure Parkinson’s Trust is an organisation set up 12 years ago by four of us living with Parkinson’s. I am incredibly proud by what we have achieved in such a short space of time. I think a lot of our success can be attributed to the incredible people we have engaged in our work along the way. We have a ‘can-do’ culture that seems to resonate with people and we are very focused and single-minded in what we are seeking to achieve.

The research we have supported over the years has validated our approach, which has always centred around scientists who believe in what they are doing and are involved in work that has the potential to make a positive and permanent impact on Parkinson’s within a five-year period.

What motivates you in your work for Parkinson’s community?

Although, unsurprisingly, I would not have chosen to develop Parkinson’s at the age of 26 for love nor money, I have found an incredible sense of fulfilment in working with The Cure Parkinson’s Trust. I have met some truly amazing people who have the condition, as well as some truly brilliant scientists. It is humbling to know that so many fantastic people are out there and that their sole mission is to rid the world of Parkinson’s.

Although the first few years with this condition were tough psychologically, I have found that the way to deal with something that is throttling you is to embrace it. Having said all that there is one thing that motivates me more than anything; it is the idea of finding a deliverable treatment that can reverse the course of this cruel illness. I believe that this is attainable imminently.

What are the biggest challenges today facing people with Parkinson’s?

The challenges have not really changed over the 22 years I have been living with this condition. Parkinson’s affects everything you used to take for granted. Perhaps the biggest problem we face is the fact that Parkinson’s is different in everyone and this will make it more difficult to find a treatment that has the capacity to cure everyone.

For me, one of the biggest challenges – and yet also the biggest opportunity – is galvanising people who live with Parkinson’s from day to day to engage with their condition. If everyone with Parkinson’s were to communicate their experiences of living with Parkinson’s; if everyone participated in clinical trials; if everyone took the time to become more knowledgeable and was more committed to partnering the scientific community in the search for new treatments, then there is no doubt in my mind that we could significantly accelerate progress in Parkinson’s research.