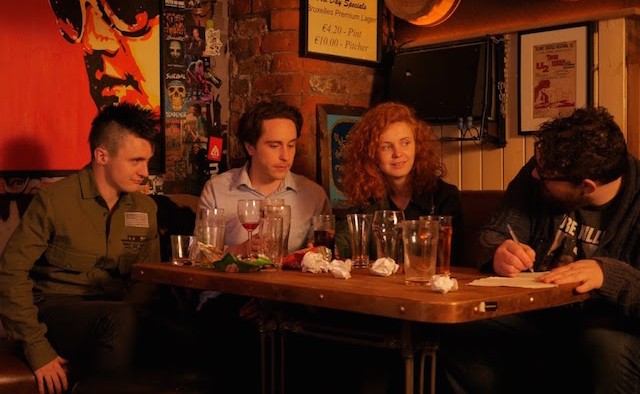 ‘The New Music’ is a non-profit Irish feature film about the life of a musician with young onset Parkinson’s. We spoke to writer and director Chiara Viale about the importance of raising awareness of the condition – and how she made her film with zero funding

“I didn’t know about young onset Parkinson’s. That was one of the things that drove me on – I didn’t know, nobody knew.”

Chiara Viale, a Dublin-based film writer and director, is talking about her latest film – ‘The New Music’ – which follows a young classical pianist with young onset Parkinson’s who joins a punk band.

Her decision to tell the story was inspired by her father, who passed away after suffering from a rare degenerative neurological condition – multiple system atrophy. Discovering young onset Parkinson’s online, Chiara noticed the similarities to her father’s symptoms.

“Sometimes ideas are there and they come from the back door instead of the front door,” she says. “The moment I read ‘rare condition’ on the internet, I knew I wanted to write about this topic and how it feels for the individual and affects their family and friends.”

Chiara says she was determined to shine a light on young onset Parkinson’s because she felt not many people – including herself – were aware of it, and she wanted people with the condition “to feel less alone”.

In the film, Adrian, a classical pianist with the condition, moves to a new flat in Dublin where his housemates ask him to play the keyboard in their punk rock band, The Cellmates. While Adrian initially does not want to engage with the band, “the music gets through to him and lets him express himself”. Chiara says: “Music is very important because it’s a way to bring people together and create a sense of community.”

Pianist and composer David Sangster – who was diagnosed with Parkinson’s in 2011 at the age of 29 – reached out to Chiara after seeing the trailer. He is now composing original music for the film. 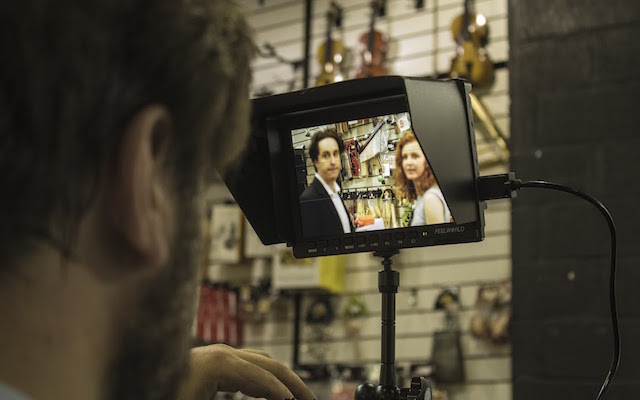 Chiara and her team have worked closely with the charity Young Parkinson’s Ireland from the start, to ensure the accuracy of their portrayal. Chiara says: “In the shape the film was in three months ago, we sat down with three representatives of Young Parkinson’s Ireland. They watched one of our drafts and they approved so I’m very confident now of where the film is going.”

Reflecting on her own father’s struggles, Chiara says: “There was no cure for it. We used to get a magazine coming from the UK from the MSA Trust – but my dad didn’t speak English. I would always come home on the weekends, we’d sit in a coffee shop and I would translate the magazine to him. That was the only source of support he ever had – a magazine he couldn’t read.”

Chiara moved to Dublin, Ireland – a city she visited growing up – from Imperia, a city in north west Italy. Growing up in Italy, Chiara says she started writing from a young age and pursued writing while working in other jobs.

When she arrived in Dublin, she joined the Dublin Filmmakers Collective. “I went there with my ideas and I was able to make my first short film – they encouraged me a lot,” says Chiara. “I’m mostly self-taught though, I bought a lot of books and studied how to write a screenplay.”

As a charity non-profit film, Chiara acknowledges the time, money and expertise people have donated to the project. She has launched a GoFundMe crowdfunding campaign, which is almost half way towards reaching its goal of €5,000 and she is hoping ‘The New Music’ will premiere at the Galway Film Fleadh, Ireland, in 2019.

‘The New Music’ is a zero budget, charity feature film. If you would like to make a donation, you can do so here.

Read more:
Dave Clark: “I’m not going to hide away”

Globetrotting with Parkinson’s: ‘a wonderful world waiting to be explored’

Maura Ward shares her top tips for travelling with Parkinson’s