We feel it's time for World Parkinson’s Day to have some formal acknowledgement, in the shape of a logo which we hope will be used across the globe to raise awareness of Parkinson's disease 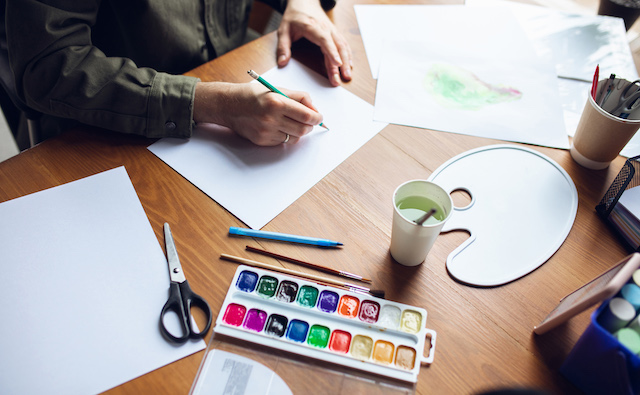 What should a new logo for World Parkinson’s Day look like? The team behind the project to create it are calling for people in Parkinson’s community to share their creative ideas to help shape the design. Find out how you can get involved

Next April will see the 25th anniversary of World Parkinson’s Day, and plans are afoot to create a global logo to help mark it.

The new logo will provide Parkinson’s activists around the world with a permanent visual brand to highlight Parkinson’s disease campaigning on or around 11 April every year. It’s being developed by a partnership of Parkinson’s organisations, including global alliance PD Avengers and umbrella organisation Parkinson’s Europe. But the team are also calling for creative ideas from people with Parkinson’s to help create the design.

People with the condition can help inspire the design by sharing their original art, music, writing and photography – or other creative ideas – online through the PD Avengers website. The deadline for contributions is 25 October 2021.

“We hope the logo will gain world-wide recognition”

By creating a more formal, global, logo that can be used repeatedly, the partnership hopes to bolster the impact of World Parkinson’s Day. They hope that this will help raise awareness among governments, decision makers and the public about how the condition affects people and communities.

Parkinson’s Europe’s operations director, Dominic Graham, says he is delighted to be involved in the groundbreaking project.

“It’s been on the annual calendar since then yet has never had a universal brand. We feel it’s time for the event to have some formal acknowledgement – in the shape of a logo which we hope will gain worldwide recognition and be used across the globe to raise awareness of Parkinson’s disease.”

How to take part

Share your original art, music, writing, photography – or other ideas – to help inspire the creation of the World Parkinson’s Day logo through the PD Avengers website by 25 October 2021.

We feel it's time for World Parkinson’s Day to have some formal acknowledgement, in the shape of a logo which we hope will be used across the globe to raise awareness of Parkinson's disease