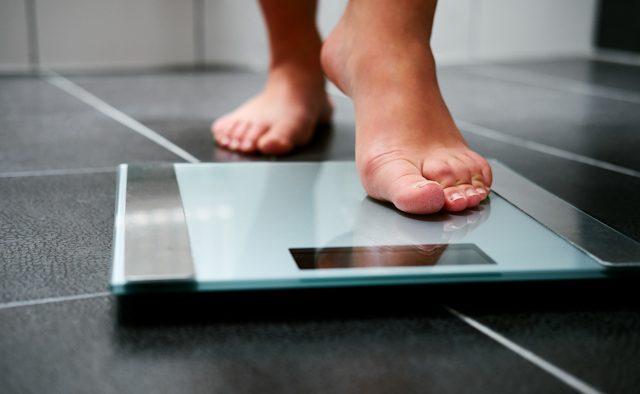 Led by a team in South Korea, researchers have investigated the link between weight change and thinking skills in the early stages of Parkinson’s – and found that certain people may be at greater risk of cognitive decline.

Published in medical journal ‘Neurology’, the study involved a group of more than 350 people who had recently been diagnosed with Parkinson’s and were yet to start taking medication and a control group of 174 people who did not have the condition.

The researchers defined weight loss or gain as a change of more than 3% in body weight during the first year of the study. Participants were tested on their thinking skills, as well as other non-motor symptoms, such as depression and sleep disorders, at the start of the study – and then annually for up to eight years.

The data revealed that participants who experienced weight change soon after a Parkinson’s diagnosis were more likely to experience changes in their cognitive abilities compared to those who maintained their weight.

“Early weight loss is a common symptom in people with Parkinson’s disease,” commented study author Dr Jin-Sun Jun of the Kangnam Sacred Heart Hospital in Seoul, South Korea. “It could serve as a sign that people are at risk of cognitive decline.”

The findings also revealed that weight loss might have a greater impact than weight gain. In the study, participants who lost weight saw a quicker decline in overall cognitive scores compared to those who maintained their weight. Meanwhile, those who gained weight saw a slower decline in scores based on a test which looked at processing speed compared with those whose weight remained the same.

Reflecting on the results, which could offer useful insights for the Parkinson’s community, the team said: “These findings highlight the potential importance of weight management in the early stages of Parkinson’s disease.”

However, they noted that additional research was needed into the issue. “Further studies are needed to determine whether taking steps to prevent weight loss could slow cognitive decline in people with Parkinson’s.”

Could a hormone produced during physical activity protect brain cells?

Improved posture may be just one benefit