Could scientists develop a drug to prevent Parkinson’s disease? 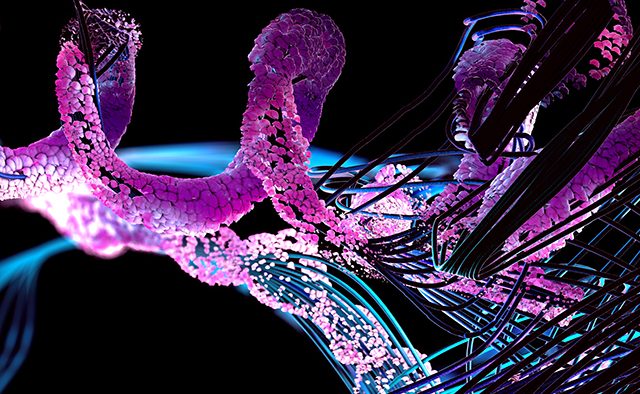 Scientists at the University of Bath, UK, have refined a molecule that has potential to be developed into a drug to help prevent Parkinson’s, a study suggests.

The study explored the brain protein alpha-synuclein, which can build up and harm dopamine-producing brain cells – triggering the onset of Parkinson’s. The scientists built their study on previous analysis of short chains of amino acids (knows as peptides), tweaking a peptide called 4554W which showed potential to prevent alpha-synuclein from turning into a toxic form. It is hoped that the molecule’s new version, 4654W(N6A), may help in the development of a future preventive drug.

“A lot of work still needs to happen, but this molecule has the potential to be a precursor to a drug,” said Professor Jody Mason, who led the research. “We hope to develop a drug that can return people to good health even before symptoms develop.”

Find out more about the study on molecules and Parkinson’s disease.