The field of gene therapy is evolving rapidly, and we can thus hope that it would offer new opportunities in the years to come 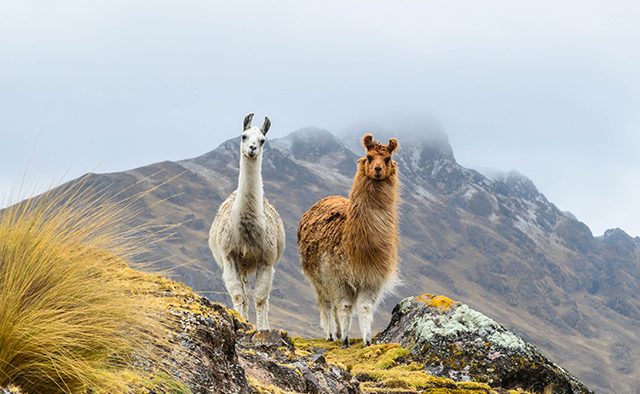 According to a study published in the journal ‘PNAS’, nanobodies – small antibody-like molecules produced by llamas and camels – may hold the key to addressing the development of familial Parkinson’s by targeting a crucial gene.

Symptoms of the condition occur when nerve cells in the brain stop producing the chemical dopamine. Why this happens is unclear, but several factors are thought to play a part – including mutations of the gene LRRK2, which have been associated with inherited Parkinson’s.

As part of their study, the research team – led by Professor Wim Versées at the Vrije University of Brussels and the Flanders Institute for Biotechnology in Belgium – immunised a sample of llamas with the LRRK2 gene and generated 168 families of antibodies from the llamas’ blood samples.

The team, which also included scientists from Germany, the Netherlands and the United States, found that the nanobodies were able to selectively inhibit certain activities of the LRRK2 gene.

Speaking to ‘Medical News Today’, Professor Versées said: “We were most surprised by our large repertoire of nanobodies that can affect LRRK2 activity in many different ways. Since Parkinson’s disease is linked to increased LRRK2 activity in the brain cells of patients, those inhibitory nanobodies are of particular interest.”

What does this mean for people with Parkinson’s?

Dr James Beck, chief scientific officer of Parkinson’s Foundation, described the approach to the experiment as unique. “This is like moving from a stereo that only had an on-off switch to one that now has a full suite of controls to fine-tune the sound,” he told ‘Medical News Today’.

However, he said more research is needed to understand if the findings could support the development of new Parkinson’s drugs: “These new nanobody modulators are only tools. They are not designed to be used in people but can be used to help identify drugs that work in the same manner.”

According to Professor Versées, the next step will involve researching how the nanobodies work within living organisms – and ensuring that they reach and enter the correct cells in the brain.

“The field of gene therapy is evolving rapidly,” he said, “and we can thus hope that it would offer new opportunities in the years to come.”

The field of gene therapy is evolving rapidly, and we can thus hope that it would offer new opportunities in the years to come

Exploring the link between pandemics, viruses and the condition