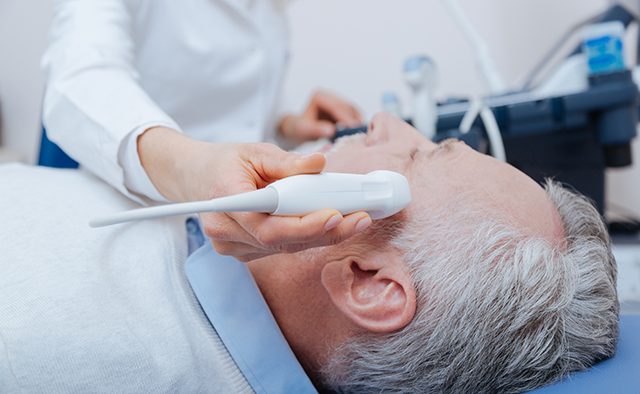 A ‘transcranial ultrasound’ is a scan that captures images of the brain using ultrasound (sound waves whose frequencies are inaudible to humans). Now, researchers in China have suggested that stronger ultrasound readings in parts of the brain associated with Parkinson’s may be linked to greater motor- and gait-related challenges.

As part of their study, the team used transcranial ultrasounds to examine the brains of 75 people with Parkinson’s and asked participants to complete “stand and walk” tests to measure stride length, cadence and range of motion in the hip and heel.

The study found that ‘hyperechogenicity’, or an increased ability to reflect sound waves, in one part of the brain was linked to more severe gait-related symptoms – including asymmetrical walking patterns and stride length variability.

The scientists concluded that the formation of hyperechogenicity in the region of the brain they examined “might be a dynamic biomarker reflecting disease severity”.

Read more about the study on ultrasound signals and Parkinson’s.

For some people with Parkinson’s, managing regular visits to healthcare p

We talk to the founder of The Bike Box Project in New Bern, North Carolina