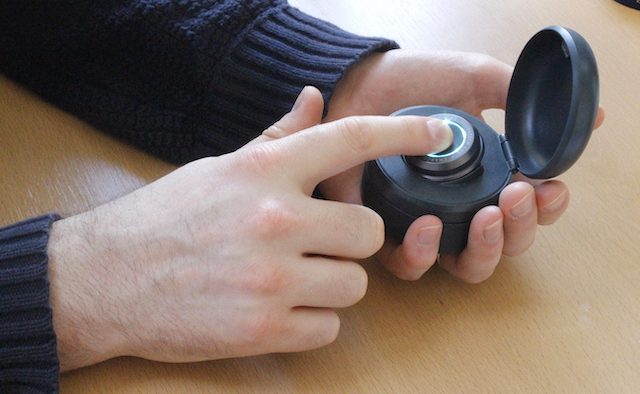 Could a small, discreet device improve movement and quality of life for people with Parkinson’s disease? Lucy Jung and Floyd Pierres, from the team behind CUE1, explain the inspiration and science behind their innovative invention – and share why listening to Parkinson’s community has been crucial to its development

Lucy Jung, co-founder and CEO of UK technology company Charco Neurotech, first became interested in finding solutions for Parkinson’s disease when she met someone with the condition who said “he was really happy to see me, but he couldn’t smile any more. And everyone thought he was angry, although he was actually very happy. So, our motto – our vision – was to bring smiles back to people with Parkinson’s.”

Charco’s CUE1 device grew out of research into the effects of vibration on symptoms of the condition. The company’s name is inspired by 19th-century French neurologist Jean-Martin Charcot, who first noticed that people with Parkinson’s who travelled to his office seemed to be better symptomatically than when he visited them in their homes. He theorised that the vibrations of the train journeys to his office alleviated their symptoms.

Jung says the team wanted to transform studies into the effects of vibration – which she says “have been carried out for decades” – into something that would have a real-life impact on the lives of people with Parkinson’s. “What I realised is that if you do find something that can potentially help people with long-term conditions, you have to make it real, so that the people can benefit in their daily life,” she says.

Co-founder and chief medical officer Floyd Pierres explains that external ‘cueing’ “like counting one-two-one-two while you’re walking” can improve movement or avoid freezing of gait by “bypassing abnormal neurocircuitry, allowing you to carry out repetitive movements.” 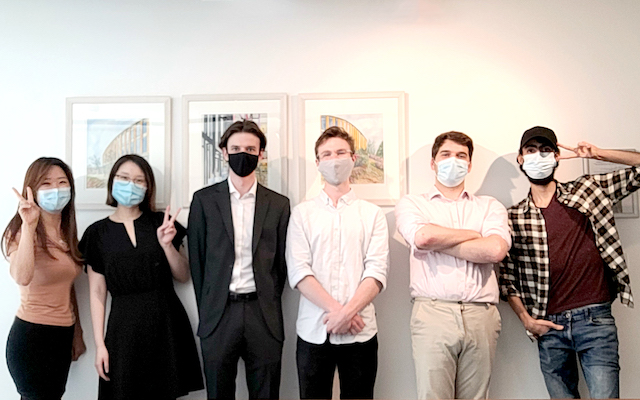 The team at Charco Neurotech.

In building the company through incubators at Imperial College London and Cambridge Judge Business School, UK, Jung has assembled a team of clinicians, researchers, neurologists and developers – but has made sure to consider the viewpoints of the people the device is being developed for. “We’re continually talking to people with Parkinson’s to make the product better,” she says. “The usability has to make sense.”

This feedback has led to alterations to CUE1 – whether that’s improving wearability, looking at the device’s range of colours, or adding extra features such as medication alerts. “The beta devices are out with people with Parkinson’s, and we’re always asking them what they want us to include,” Jung explains.

She stresses that the team don’t want to over-promise anything to those with the condition – but with user trials going well, and testers reporting smoother walking and movement, the CUE1’s waiting list has grown to 3,500 in anticipation of its official release in the UK and EU in October.

“We don’t really market our device that much,” says Jung, “It’s mainly our beta testers who are going around and talking about how much it’s improved their quality of life. One gentleman with stage four to five Parkinson’s had such improvement with his balance that he sent us a message saying he and his wife call the CUE1 ‘our friend’ and that he sees light at the end of a dark tunnel.”

Pierres “devotes every spare minute” to Charco, balancing his role with a full-time position as a doctor. Clinical trials currently being prepared in the UK, South Korea and more, with the hope that the CUE1 can ultimately be made available through the UK’s National Health Service (NHS).

“The difference Charco is trying to make means that you have to listen to everyone in Parkinson’s community to really understand what their needs are and what their problems are, so that we can bring the solution to them,” says Jung. “We’re still learning. We’re still improving our knowledge every day.”

How a new smell test could help diagnose Parkinson’s disease

The new solution could help with early detection