‘Shake with Laughter’ was first launched in 2012 in aid of Parkinson’s UK. They have since hosted events in both Manchester and Newcastle, with plans to debut in Glasgow this year. 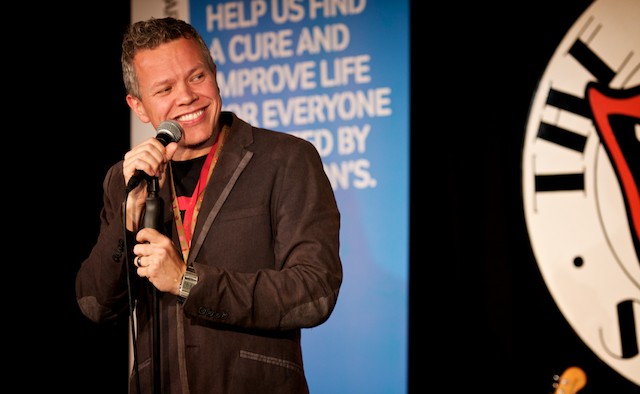 On 16 October The Comedy Store, London, UK, will play host to the sixth edition of Parkinson’s fundraiser ‘Shake with Laughter’.

‘Shake with Laughter’ launched in London in 2012 and has since been held in Manchester and Newcastle, with plans to debut in Glasgow next month.

Rob Deering, whose father has Parkinson’s, is a longstanding fundraiser for Parkinson’s UK. The popular stand-up has participated in marathons, comedy events and celebrity quiz shows including Pointless and The Weakest Link. He is currently on track to reach his £100,000 fundraising target over 10 years.

For more information about the event and the comedians taking part, you can visit Parkinson’s UK website here.

‘Shake with Laughter’ was first launched in 2012 in aid of Parkinson’s UK. They have since hosted events in both Manchester and Newcastle, with plans to debut in Glasgow this year.