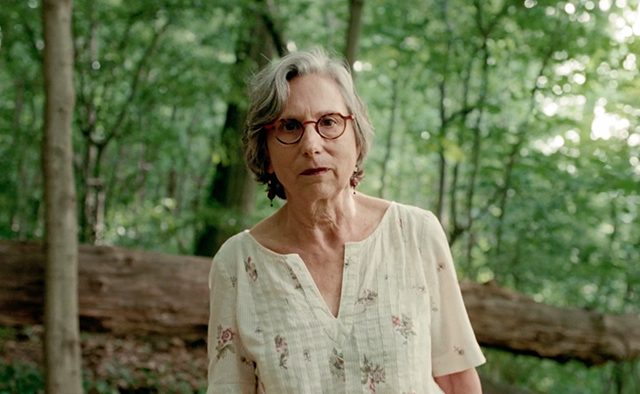 In a film commissioned by multimedia company Motionpoems, which is known for its work transforming poems into short films, director Zack Grant has produced an intimate and lyrical portrayal of Parkinson’s

Against a backdrop of windswept trees and leafy pathways, US director Zack Grant’s new short film depicts his mother – artist and former designer Debra Magid – on a walk.

She voices the poem ‘Morning Walk’, written by American poet Joyce Sutphen. In this way the film, commissioned by multimedia collaboration company Motionpoems, explores the simple joy of an early stroll alongside one woman’s experience of Parkinson’s.

“My goal with the film, and what moved me the most about the poem,” Grant has commented, “is to show that Parkinson’s is not a singular diagnosis. You can have Parkinson’s and shake, shuffle or experience whatever form of symptoms you may have – and still live a fulfilling life full of blissful morning walks.”

It is not the first time Grant has collaborated with his mother on a film about the condition since she was diagnosed with Parkinson’s in 2012.

In the 2019 film ‘Shake With Me’, Grant documented the relationship between his mother’s art and her condition. Covering topics such as family relationships and symptom management, it explores Magid’s transition from working as an industrial designer to creating artworks following her diagnosis.

‘Morning Walk’ sees Grant pick up his camera and employ verse to once again share his mother’s perspective, this time with the intention of highlighting how the condition is multi-dimensional: “You can not have Parkinson’s be your defining trait, but also never forget that you have Parkinson’s, despite your best attempts.”

Quoted in digital magazine ‘Shots’, Grant said: “As the poem so perfectly states, people with Parkinson’s want to be remembered from the inside out – seen but not pitied; considered but not treated as less than.

“This film honours that request, equally celebrating reality and the things we do to cope with reality.”

Do you think Parkinson’s disease has any silver linings?