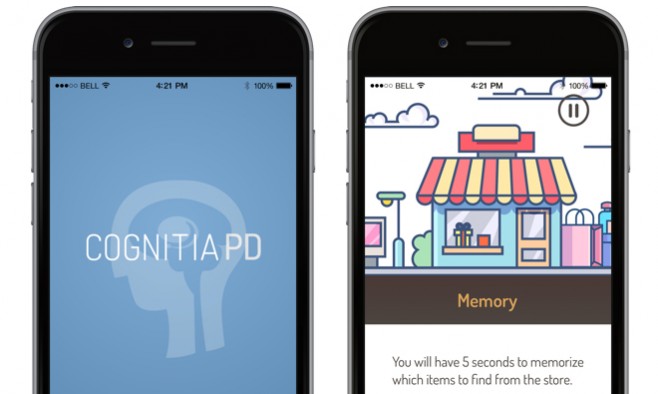 A new gaming app, specially designed for people with Parkinson’s disease, aims to measure various cognitive functions through a series of games – and gather data for neurologists to track.

As the user plays a series of multi-levelled mini games to stimulate the mind, the app called ‘Cognitia PD’ collects data on memory and reaction times based on the game results.

Inspired by her sister’s Parkinson’s diagnosis 10 years ago, Kathy O’Donoghue, decided to put her mind to developing the smartphone app to help patients like her sister, Nancy, train up their cognitive skills.

Kathy, a self-confessed ‘technogeek’ who has worked at Electronic Arts (EA), received funding from the Pacific Parkinson’s Research Centre (PPRC) based at the University of British Columbia.

Dr Martin McKeown, director of the PPRC, said: “We are inspired to create an application that incorporates feedback from clinicians, developers and people with Parkinson’s disease to use as a valuable research tool. Using mobile devices to perform cognitive assessments in the form of a game enables us to collect research data on a large scale with the end goal of integrating the information learned into clinical care.”

Kathy hopes that people will play the games regularly so that their neurologists will be able to monitor their symptoms on a continual basis. 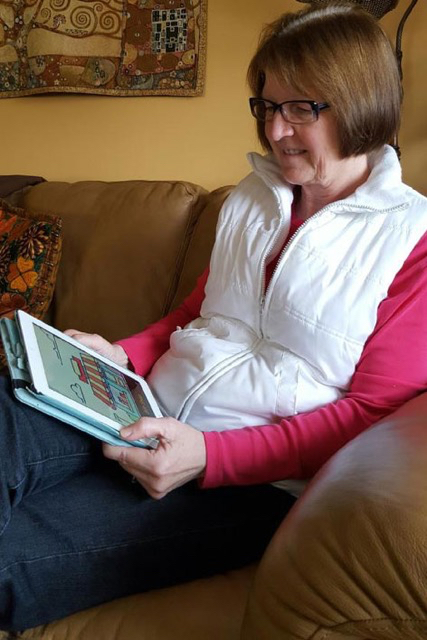 Kathy O’Donoghue, managing director of Conquer Mobile, said: “Right now patients tend to see their specialist only once per year. With the app comes the comfort of knowing that while they play the game, their neurologist will be monitoring cognitive and motor changes. If their symptoms change dramatically then the specialist can make changes to medication and treatment quickly, rather than waiting until the annual appointment.”

The app and was presented and tested at the World Parkinson Congress 2016 to gain feedback from people with Parkinson’s and their carers, while researchers are currently analysing the first crop of data. “We have great feedback from people saying that they would definitely use the app on a regular basis,” O’Donoghue added.

Cognitia PD is still in the testing phase, but the developers expect it to be available on the App Store soon. The app will then be distributed through Parkinson’s support groups to enable widespread participation.