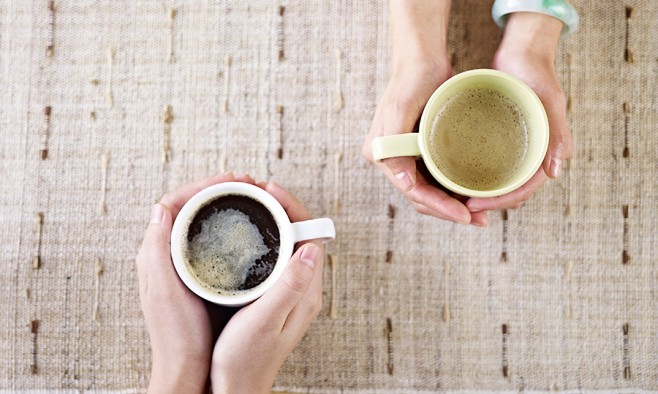 Parkinson’s Cafés are making a real difference to the lives of people with Parkinson’s, by building a network of friendly, supportive communities across the Netherlands

Parkinson’s Cafés are a Dutch initiative, created by the national Parkinson’s organisation, Parkinson Vereniging, to help overcome the sense of isolation that often affects people with Parkinson’s.

While plenty of coffee and cake is consumed, it’s not just about shiny espresso machines and frothy milk – in fact the venues can range from local libraries to nursing homes. The Cafés are first and foremost about creating a sense of community for people with Parkinson’s, their families, and the professionals who treat them.

There are more than 50 Parkinson’s Café groups across the Netherlands, and each one arranges regular meetings featuring a varied programme of speakers and performances. Most of those involved give their time for free, or in return for a small amount of travel expenses. The format, say the organisers, has proved a runaway success.

Guus Onderwaater, who has Parkinson’s himself, is one of the volunteers at the Leiden Parkinson’s Café. The group has proved popular from the outset, he says. “At our first meeting, to our surprise we had around 120 people turn up. It was more than we had expected but it shows that this was something people with Parkinson’s really wanted.”

In fact, the organisers were a little unprepared for their instant success. “The room we had booked was not big enough to fit everybody. It was a little overwhelming!”

Guus says that having a small but dedicated team of volunteers to help set up the Café was vital in its smooth running. “There was a group of five or six of us and with this group we can manage it quite well. We have a Parkinson’s nurse practitioner and some other volunteers. I look after the finances, others organise the programme of events. It works very well.”

Another factor that helped them get the group off the ground was support from Parkinson Vereniging, the national organisation in Holland, which provided written guidelines as well as a small subsidy.

The Leiden group meets on the same day every month at a local nursing home and around three quarters of its income is generated from voluntary contributions by attendees.

Guus says: “It is something you can’t predict, we didn’t know how much we would get, but four years on it has been a success. It is nice to know that people value the meetings and want to support them.”

The programme itself is a varied one, says Guus. “We have all kinds of presentations; there are the professionals, nurse practitioners and neurologists, physiotherapist, speech therapists; but there have also been performances of music and dance.”

Additionally, this year the Leiden Parkinson’s Café had its first spring outing. “We had won a fair amount of money in a charity lottery that even brought us on national television. We hired a boat and went for a cruise on one of the lakes in our region. We had to organise something that was accessible for those with disabilities, but we found a company that was able to accommodate us. We asked for a little extra contribution to pay for this, but people were happy to support it. It was a great success, we had a lot of positive feedback!”

What is special about Parkinson’s Cafés, in his opinion, is the opportunity for people to meet in person and share their stories. 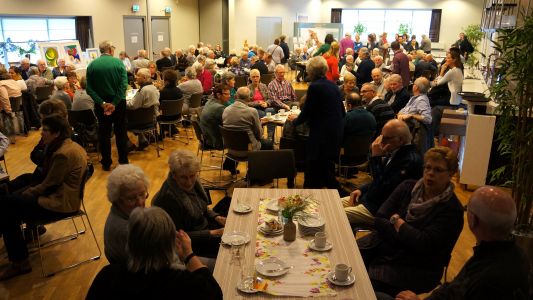 “There are all kinds of communications available on Parkinson’s, magazines and online, but meeting other people is unique in the way it helps us feel better about the condition. It is something very special. Of course it is difficult to see someone else who is suffering, but it can also be inspiring.

“I have seen it myself, with people who are initially reluctant to attend a Parkinson’s Café because they aren’t sure it’s for them. We all struggle in our own way with it, someone might be struggling with the idea of getting an operation for instance, and the meetings give them a chance to talk to somebody with experience about this.”

Of course, organising the group is not without its challenges. “One area we struggle in is keeping the variety of different topics. I personally would like to hear more about people who are still staying active and staying in the workplace, which is not something we talk about very much now. We are also looking for ways to reach more active and younger people with Parkinson’s, but this is not something we have found a solution for, yet.”

Despite these difficulties Guus regards the Leiden Café as a big success; he is optimistic about the future of the group and, regardless of their age, the support and strength of Parkinson’s Café community is clear to see.

We hear from Nina Caprice about her upcoming documentary