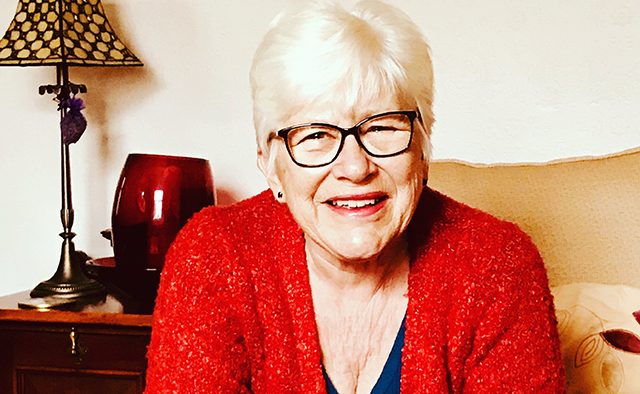 Today, the European Parkinson’s Disease Association (EPDA) becomes Parkinson’s Europe – but despite the rebrand, its commitment to supporting people with Parkinson’s remains unchanged. To mark its 30th anniversary, treasurer Lizzie Graham tells us about how the organisation has grown since its humble start in 1992

For three decades, Parkinson’s Europe – formerly the EPDA – has been supporting people with Parkinson’s globally, by raising awareness and campaigning for research funding. Back in 1992, the organisation comprised just nine member organisations in France, Germany, the Netherlands and the UK; today, this number has nearly tripled.

To celebrate the organisation’s 30th anniversary and rebrand, and to learn more about how Parkinson’s Europe has “rapidly” evolved since those early days, we spoke to treasurer Lizzie Graham. She has been working with the organisation from her home in Kent, UK, since the very beginning. 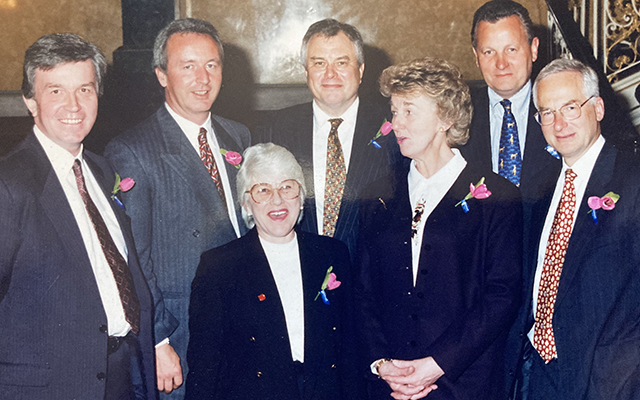 “While I was working at what is now called Parkinson’s UK, I met Mary Baker, the first president of Parkinson’s Europe,” Lizzie explains. “Mary was, and is, one of the most inspirational women I’ve ever known and a dear friend. We just clicked, and she asked me to be her personal assistant.”

They hit the ground running. The work of Parkinson’s Europe was fast-paced and ambitious, involving close work with the European Union (EU) and member countries. “The statutes were just being finalised,” says Lizzie, “and that meant I got involved right from the start, becoming the board secretary.” She says her current role of treasurer “feels like a natural progression” given that she has managed the organisation’s financial procedures since 1998.

When Parkinson’s Europe began as the EPDA, the world was a very different place. “It seems like a million years ago!” says Lizzie.

In 1997, the organisation started a process of data collection to better understand the condition’s impact across Europe, which has continued to the present day. The first survey, involving 14 different countries, was launched before the widespread use of the internet. “The responses were all sent to my home address and I had to collate them for analysis,” Lizzie recalls. “Now, it’s so easy.”

Despite having a small team and limited resources at the time, she says: “We had a great determination to improve the lives of people with Parkinson’s and their families across Europe.”

Part of this effort included playing an integral role in the launch of the first World Parkinson’s Day (WPD) on 11 April 1997, alongside the World Health Organisation. “That is when things really started to move,” says Lizzie. “The campaign received support from key figures including Princess Diana, Muhammed Ali, Tony Blair and Michael J Fox.” 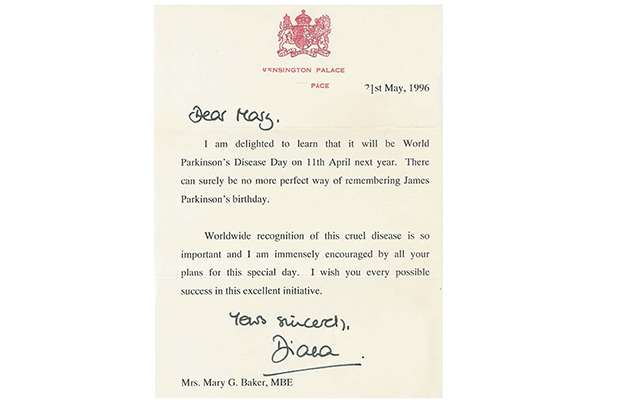 World Parkinson’s Day got a positive response from Princess Diana.

The absence of the internet meant that trying to unite organisations from around the world was an even greater undertaking than it would be today. Lizzie recalls receiving faxes and letters through her mailbox, featuring notes and photos from other Parkinson’s associations marking the event.

“The support from around the world was fantastic,” says Lizzie. “I always remember people in Hawaii, US, writing a letter. They said they were combining all their support groups to form one big organisation. To hear from Hawaii all the way over here in the UK – it was just lovely.”

Following the creation of WPD, Parkinson’s Europe also launched the Global Parkinson’s Disease Survey in 1998 – again, on paper. Spanning three continents and involving nearly 2,000 people with Parkinson’s, caregivers and clinicians, it was “one of the largest surveys ever conducted on Parkinson’s at that time”.

Ambitious then and now

Lizzie says: “Our simple wish now is to continue our contributions to research and policy around what truly matters to people with Parkinson’s. We don’t know what the next 30 years will bring, but that’s what we’d like to do.” Another goal is to push for better recognition of the condition, supporting member organisations to help “share their good practices across Europe, influencing healthcare providers and decision makers in the EU”. 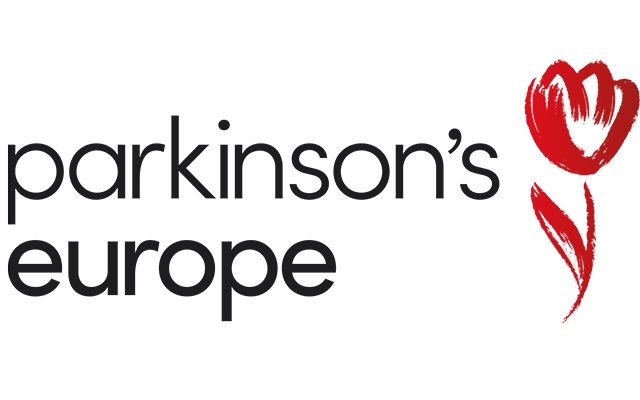 A new logo for a new era, revealed.

The anniversary has also offered an opportunity to explore the organisation’s identity. Backed by the EPDA’s legacy, a new name – Parkinson’s Europe – will help to improve recognition, understanding and clarity about its role in supporting people with the condition.

Reflecting on her time at the organisation, Lizzie says the people are the backbone of its many achievements. “I’ve been very fortunate and very privileged to have known so many people from across the globe, who have inspired me with their determination, dedication and commitment,” she says. “I’m very lucky.”

One symbol, one voice: Ramping up the voltage on world Parkinson’s day